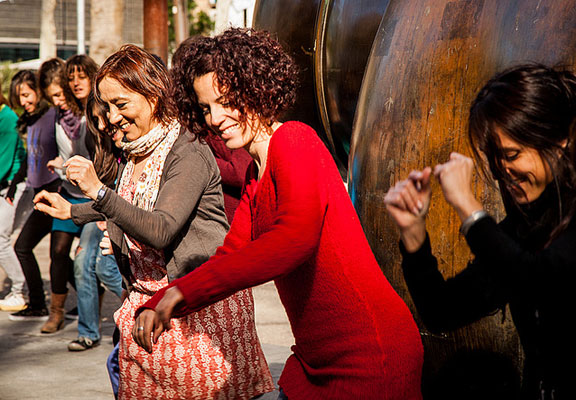 Women and girls around the world joined a campaign on Feb. 14 called One Billion Rising to end violence against women and girls through dance, reported Public Radio International. Organizers of the global campaign, V-Day, a movement founded by Eve Ensler, invited one billion women to walk out, dance, rise up and demand an end to violence, often with flash mobs. The campaign grew out of a simple statistic: One in three women will be raped or beaten in their lifetime. Watch live One Billion Rising events around the world.

The Senate overwhelmingly passed its Violence Against Women Act reauthorization bill on Feb. 12, officially punting the issue to the House, The Huffington Post reported Feb. 12. The bill authorizes $659 million over five years for VAWA programs. It also expands VAWA to include new protections for LGBT and Native American victims of domestic violence, to give more attention to sexual assault prevention and to help reduce a backlog in processing rape kits.

In what’s believed to be the first case of its kind, the same-sex spouse of a member of the military will be buried in a national cemetery located southeast of Portland, Ore., CNN reported Feb. 15.

Belief in black magic persists in Papua New Guinea, where communities are warping under the pressure of the mining boom’s unfulfilled expectations, resulting in women being blamed, accused of sorcery and branded as witches — with horrific consequences, The Global Mail reported Feb. 15. One woman was stripped naked, blindfolded, berated with accusations and slashed with machetes. The “dock” for her trial was a rusty length of corrugated roofing, upon which she was naked, staked-out spread-eagled and extensively tortured for public viewing.

South African paralympic sprinter Oscar Pistorius has been charged with murder over the fatal shooting of his girlfriend at his home in Pretoria, South Africa, Al Jazeera reported Feb. 14. On Feb. 15 prosecutors said they’ll pursue a charge of premeditated murder against him for killing Reeva Steenkamp, a model and budding reality TV show contestant, CBS reported Feb 15. Steenkamp was shot multiple times and died at Pistorius’ home early the morning of Feb. 14.

Indigenous women in western Canada are the victims of discrimination and abuse by Royal Canadian Mounted Police officers, says Human Rights Watch in a report which claims aggressive policing, neglect and allegations of sexual abuse by some RCMP members, BBC reported Feb. 13. One woman told the report’s authors that she had been gang raped by police officers.

Israeli police detained 10 women at one of Judaism’s most sacred sites for wearing prayer shawls, which Orthodox tradition reserves them for men, Reuters reported Feb. 11. The Western Wall is administered under strict Orthodox ritual law, which bars women from wearing prayer shawls or publicly reading from the holy scriptures.

Some members of the Shura Council Human Rights Committee in Egypt called on Feb. 11 for separating men and women during protests to prevent sexual harassment, blaming women for subjecting themselves to rape, The Daily News Egypt reported Feb. 11.

Dozens of women and at least five children were arrested Feb. 9 after demonstrations were held in two Saudi cities, Riyadh and Buraida, CNN reported Feb. 10. The families were protesting the continuing retention of male relatives.

Starting Feb. 13, protesters began campaigning outside Planned Parenthood in Birmingham, Ala., and they will be there for 40 days, WBRC reported Feb.11. This is part of a national movement called “40 Days for Life.” Organizers say this is going to be a peaceful movement with no yelling or screaming; they simply want to offer alternatives to abortions.

Key West is one of just four cities in the United States — along with Sebring, Fla., Madera, Calif., and Fort Payne, Ala. — where the median income for women exceeds that of men, according to new data released by the U.S. Census Bureau, The Miami Herald reported Feb. 15.

The Centers for Disease Control and Prevention finds a rising use of emergency contraception in the United States in a first-ever study, which Planned Parenthood on Feb. 14 hailed as evidence of women’s need for a broad range of birth control options that help them maintain employment and are covered by health insurance programs under the Affordable Care Act.

Firing ranges across the country are seeing a growing number of women coming to learn to use firearms and to hone their skills, The NYT reported Feb. 10.

Would you like to Send Along a Link of This Story? https://womensenewsp.wpengine.com/story/cheers-and-jeers/130215/1-billion-rise-v-day-s-pacific-slashes-witch 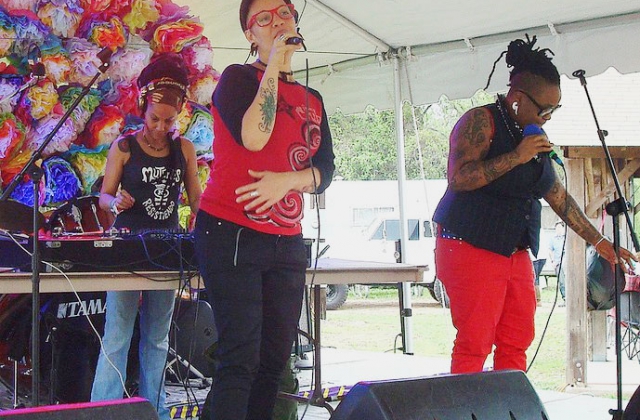