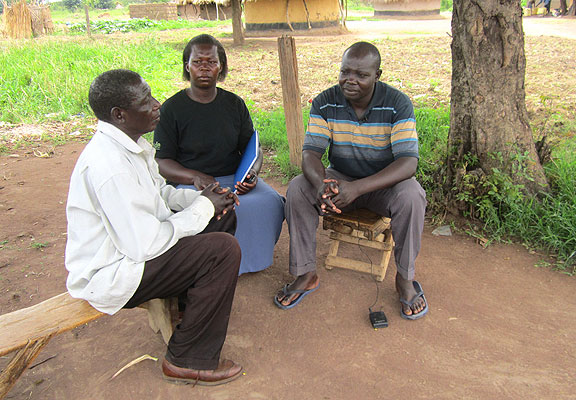 The effects of a 2012 project continue to be felt in northern Uganda. Some volunteers are local leaders who have learned counseling is better than 12 strokes of the cane to resolve household disputes. Story provided by our partner, Global Press Institute.

APAC DISTRICT, Northern Uganda (WOMENSENEWS)– Mary Akello, 38, sits peeling potatoes for her family of seven and talking about her husband’s other wife.

“My co lives over there,” she says of her co-wife, pointing to the next village. “She has four children.”

For a while, her husband, who drives a boda-boda, or motorcycle taxi, forsook her and the children after the co came along.

“My husband started spending less time at my home. And with time, the emotional and financial support ended,” she says.

When she sought help from the clan leaders, they called Akello and her husband for a meeting. Akello says they punished her husband with 12 strokes of the cane.

After that, she says, her husband abandoned her and went on to threaten to sell the land where she lived and farmed with their children. Once again, she reported the issue to the clan leaders. This time, it was different. They referred her to Bosco Ocaa, chairman of the village council.

Ocaa had been trained as a community agent of change by Action for Development, a local nongovernmental organization. With his training, he counseled the couple for two months. He explained how their children were suffering because their father was absent.

Now, Akello says she and her husband are reunited as a family. He is providing for both wives and their children.

Action for Development trained 60 local volunteers to be “community agents of change” in 2012 in northern Uganda to resolve conflicts and provide counseling. These unpaid residents include clan leaders, women’s group leaders, religious leaders and local councilmen.

One sign their work may be helping: 68 reported cases of defilement between January and August 2012 in the Apac district of northern Uganda, a sharp drop from 221 in the same period a year earlier. The data come from records from the Apac Central Police Station and were provided by Chiriga Taban, district criminal investigative division officer.

Action for Development aims to promote women’s empowerment, gender equality and equity through advocacy, networking and capacity building of both women and men, says Harriet Aseko, a program officer

with the group. Its most recent project promoted violence-free families and communities.

Aseko says Action for Development appointed certain clan leaders as community agents with an eye to helping them develop nonviolent ways of responding to disputes they are asked to resolve.

The organization implemented the project in four subcounties in two districts – Ibuje and Akokoro in the Apac district and Loro and Kamdini in Oyam district — from January to December 2012. The organization selected these areas based on their high rates of domestic violence, Aseko says.

“These community agents of change are respected in their communities, and their work will be valued by the people,” Aseko says.

Eunice Alabo, a community agent of change, says that gender-based violence is widespread

. “Such violence not only occurs in the family and in the general community, but is sometimes also perpetuated by the state through policies or the actions of agents of the state such as the police, military or immigration authorities.”

Gender-based violence happens in all societies and across all social classes, says Moses Abole, another community agent of change. He says women are particularly at risk to suffer violence from men they know.

Oleny Okello, a community agent of change in Oyam district, says extramarital affairs are one major cause of domestic violence.

“When the wife confronts the husband, he becomes aggressive and then fighting begins in the home. In some cases, the woman also begins to have an affair,” Okello says.

Community members were also concerned about alcoholism among the men and leaders in the area, which can contribute to violence. Betty Ejang, a community agent in the Kamdini subcounty of the Oyam district, says that one woman complained to the local clan leaders that her husband used to sell food from their garden, spend the money on alcohol, return home drunk and verbally abuse her and their children. Once, their fight escalated to a physical altercation. His wife broke his leg.

“I went and counseled him, and he promised to stop drinking,” Ejang says. “But he continued drinking at the same rate. He was then reported to the clan court and summoned by the leaders and he was beaten 12 strokes and fined 10,000 shillings ($116).”

Clan leaders advised his wife that if her husband did not change, she should report him to the local court of law and present the leaders as witnesses.

“He is now changed,” Ejang says of the husband.

Bosco Okori commends the community agents of change for encouraging him to reduce violence in his marriage. He says that once when he was drunk, his wife beat him and broke his collarbone.

“Belmoses Abonga, the community agent of change, encouraged me not to take revenge on my wife but forgive her and work on having a better relationship with her,” Okori says.

Another cause of violence in homes is early marriages in the communities, says Grace Acio, a gender officer for the Loro subcounty government.

“You may find a 26-year-old mother of six children, and she does not know how to handle her husband or her children,” Acio says. “She may be bitter and fights everyone.”

Community members often don’t know anyone to ask for help with their problems, Aseko says. Or, they get frustrated with seeking help from clan leaders, so they try to deal with it themselves.

“In most cases, the clan leaders are not fair towards the women because they still have the rigid patriarchal tendencies that discriminate against women,” Aseko says.

Regina Bafaki, executive director of Action for Development, says this is because most clan leaders are men.

“They tend to relate better with the men,” she says, “and there is a bias towards resolving the woman’s problem.”

Beatrice Lamwaka reports for the Global Press Institute’s Uganda News Desk. She aims to give voice to community issues overlooked in mainstream media.

Would you like to Send Along a Link of This Story? https://womensenewsp.wpengine.com/story/domestic-violence/130117/volunteers-in-uganda-defuse-household-violence 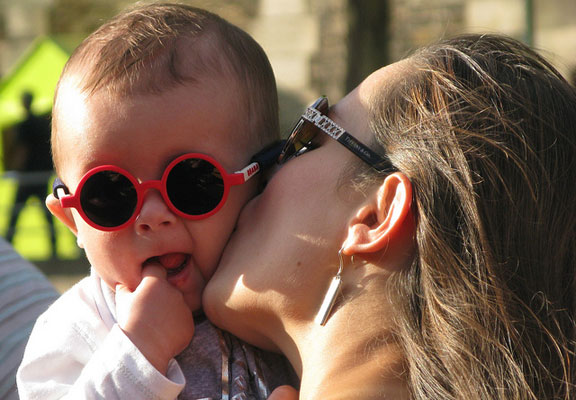