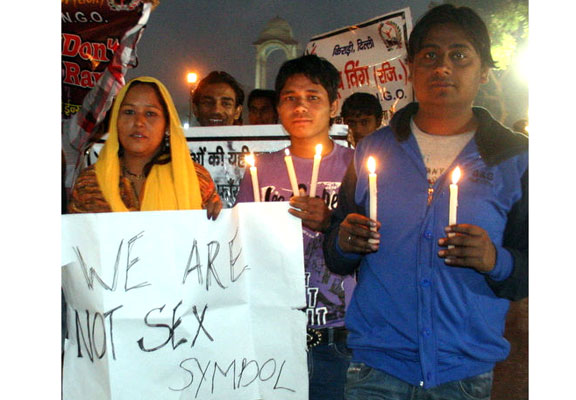 The screams of Damini–as this particular victim is being called– are breaking the silence of women across castes and class. In demonstrations, India’s young people are expressing their pain. The global community needs to hear them.

(WOMENSENEWS)–In arresting the six men responsible for the brutal rape and death of the 23-year-old student in India, the police in New Delhi may have acted swiftly this time. Yet the decades of state apathy and, at times, collusion, are spilling public outrage onto the streets while the national government desperately seeks to protect itself from the anger of its young people. But cordoning off areas and curtailing the reach of the public transport system is unlikely to contain the anger this brutal act has unleashed.

The source of the rage is deep; a corrupt and politicized justice system and ineffectual rape investigations that include an antiquated medical exam described by women as a “second rape.”

The criminal-politician nexus is so strong in India that justice for an average person is almost impossible. A quarter of the current members of the Indian Parliament have criminal charges against them.The Association for Democratic Reforms, an Indian civil society group with its headquarters in New Delhi, says political parties allowed at least six candidates to contest national elections who declared they had been charged with rape. The figure is four times higher for state elections.

I travelled through the northernIndian state of Bihar while covering elections in the 1990s and happened to visit the home ofMohammed Shahabuddin, a four-time member of India’s Parliament. Standing guard around him were at least 10 armed men, which the notorious politician described jokingly as his “toys.” The politician, now serving life imprisonment for kidnapping with intent to murder and also under trial for another 30 criminal cases, has contested an election successfully from jail, despite the serious charges against him.

Such an active criminal-politician nexus cannot function without the collusion and compliance of the state with all its institutions. The police are among the most corrupt institutions. In many cases they actively collude in or perpetrate crimes against women, who, in India’s traditional patriarchal society, face tremendous pressures of conforming to male rules and suffer violence in silence.

The few daring ones who go against the grain are often punished in a brutal way.

Not too long ago, a heartrending story ofa 14-year-old rising tennis player, from another north Indian state, Ruchika Girhotra, jolted New Delhi citizens into demanding justice, though not quite at the level seen now. Ruchika was molested by none other than the police chief of a northern state of India, bordering Delhi, Haryana.After the teenager complained, the then inspector-general of police, Shambhu Pratap Singh Rathore, harassed her family and got the school to expel Ruchika. Multiple cases were filed against her and against her young brother to the extent that the teenager felt compelled to kill herself. Her father had to sell off their only house.

The case that started with Ruchika’s molestation in 1990 would have ended with her suicide in 1993. However, the case was brought to the attention of the country in 2009 when parents of her friend, Aradhana, who was the key witness to the molestation and had been fighting the case, found that after 19 years of court proceedings, 40 adjournments and 400 court hearings, the state police chief, although found guilty, was let go with a nominal punishment of six months and a fine of 1,000 rupees (about $25). Rathore was eventually released on bail by the Supreme Court of India. The family fighting the case quietly gave up. Protests in New Delhi died away quickly.

India’s Bollywood has often provided a cathartic release for the hopelessness of the country’s institutions and desperation of its citizens. When heroes and heroines take the law into their own hands and achieve justice for the people the films often enjoy box office success. That catharsis is now being witnessed on the streets of Delhi. Pictures show young people making desperate attempts at being heard: a young woman paints her hands with fake blood to ask for justice; young boys and girls dodge the police water cannons; men and women hold posters expressing their deepest grief as well as the “shamelessness” of their nation.

In the emotion, we hear cries for the death penalty for the rapists. But a deeper response is needed. India, with its global showcase of fast economic growth, must reform its police and judicial system if it is to achieve comprehensive development and retain its democratic values.

Women who report crimes of rape at police stations have sordid stories of their treatment by policemen. Like a large section of Indian society, struggling with the new tensions of modernity and tradition, the police seem to judge a woman’s morality based on her clothes and the presence of a male companion. In April 2005, a policeman on duty at an affluent neighborhood in Mumbai raped a teenager inside police premises. He reportedly felt emboldened because he found her sitting beside a male friend.

Many states in India continue to practice a medical examination method, which has been called a “second rape.” Known as the “finger test,” it involves a doctor inserting fingers into the vagina to determine the “laxity” of the vagina. Doctors feel for the “pain felt by the victim” to judge if the victim is “habituated to sex.” Courts have been known to point the finger at the accuser and call the victim as being “habituated to sex” while acquitting the accused. No wonder victims are often reluctant to report assaults. Such methods have no place in a modern India.

Neither the fast track courts, that the Indian government is proposing, nor the strictest punishment possible will change anything if the police mindset does not change. Young women of India are leading very different lives from those of their mothers. The police force needs to be sensitized and trained adequately to address challenges and issues emerging in a modern, young country.

Rape victims need to be heard, evidence recorded and suitably followed up. The police or the courts cannot be allowed to make a judgment on the “legitimacy” of the rape. Women’s ability to freely and fairly report attacks will likely do more to protect them than the imposition of the death penalty.

Without providing for adequate safety for women at home, India can hardly claim a place for itself in the globalized world. The screams of Damini–as this victim is being called–in New Delhi are breaking the silence of women, across castes and class. And India’s young people are expressing her pain. The global community needs to hear them.

Kalpana Jain was a reporter and editor for The Times of India. She was a 2009 Nieman Fellow and is now a Senior Fellow at the Schuster Institute for Investigative Journalism at Brandeis University.

Would you like to Send Along a Link of This Story? https://womensenewsp.wpengine.com/story/rape/130105/indias-anger-at-horrifying-rape-goes-very-deep 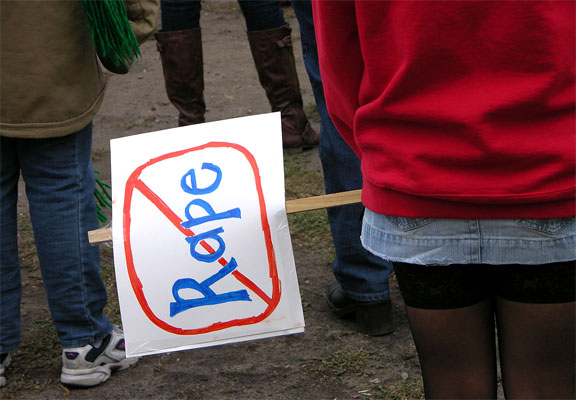 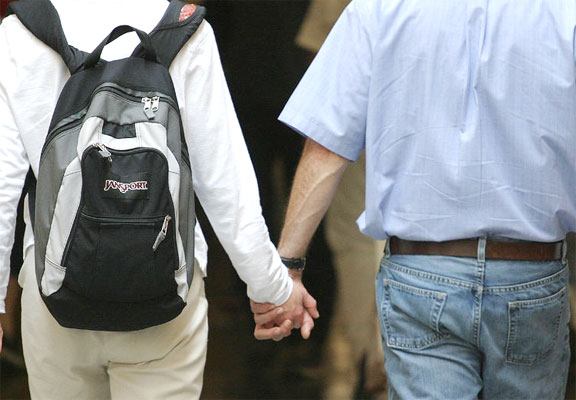