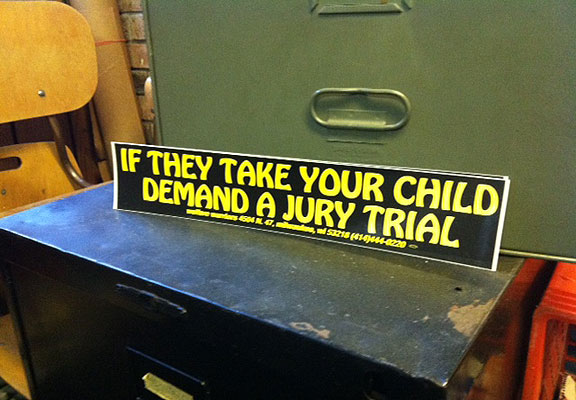 Dulce Guerrero lost her job and home a year ago. Now she feels abused by Milwaukee’s family court system for taking away her parental custody rights. “There is no help for poor families when they are falling apart,” says a woman close to the case.

The three girls unwrapped Barbie dolls and Barbie’s Dream House and the couple savored having their new baby girl, born in October, celebrate her first Christmas with her half-sisters. But the day was cut short when the family loaded into their car and returned Guerrero’s three daughters–ages 9, 6 and 4– to the home of their maternal aunt.

“I feel raped. And I still have to deal with the people who violated me,” says Dulce Guerrero, who arrived in the United States from Mexico in 2000.

Her custody battle began with a dispute with her sister, with whom she jointly owned and ran a restaurant.

The rights and wrongs of her interaction with her sister aren’t primarily what Dulce Guerrero talks about. She dislikes some of the ways her sister has handled the girls in the past year. But mainly she feels an anguished frustration with her treatment by the family court system.

Dulce Guerrero is just one among tens of thousands of parents currently fighting in child welfare courtrooms, where cases drag on for months, sometimes years, and where women are penalized for existing on meager salaries that barely pay the rent.

When Women’s eNews emailed Arlene Happach, administrative director of Milwaukee Child Welfare Administration, for comment on Dulce Guerrero‘s status, a form email came back from Sara Buschman, communications director of the Department of Children and Families.

“Due to confidentiality requirements under state and federal law, the Department of Children and Families cannot confirm or deny Ms. Guerrero and-or her children are known to the child welfare system or provide any details,” it said.

That sense of an anonymous, inflexible and indifferent system–in which she has no right to timely attention–is exactly what Dulce Guerrero says she is up against. In the year since her children were taken away, the case has been meandering through the family court system and she’s had no way to speed things up.

The rules and rhythms of family courts vary from state to state. But a case usually begins when a public official or private citizen makes a complaint and gets interviewed by a caseworker who arranges for a preliminary hearing with a judge. That can lead to the prompt removal of children, perhaps in 24 hours or less.

What drags on for someone such as Dulce Guerrero is the process of meeting the conditions of return set out by the judge. This can involve drug and alcohol testing, counseling, supervised visits and a gradual return of children by overnight, weekend and holiday visits. All this is punctuated by something the judge does not specify but is normal: numerous adjournments and delays.

Pat Gowens is the founder of the MaGod Project, an advocacy group in Milwaukee for mothers with children wrongfully removed. She says that women often suffer from confusion about who’s legally in charge after a removal.

In Dulce Guerrero‘s case, for instance, she arranged a meeting with Happach to ask her to authorize overnight visits that a judge had allowed but a caseworker was blocking in a way Gowens considered abusive.

Gowens said Happach conceded that a caseworker didn’t have the authority to block the visits. But Chief Judge Joseph Donald also attended the meeting and said something different: that judges depend on caseworkers to determine abuse and neglect and set conditions because they go into the home, not the judge or lawyers.

“So each party conveniently passes the buck to the other, so there is absolutely no accountability and we are spinning our wheels,” says Gowens.

According to court documents, Dulce Guerrero was required to undergo drug, alcohol, psychological and medical evaluations.

Dulce Guerrero says she has completed supervised visitations with her children, which gained her the right to unsupervised visits, such as the family’s Christmas day together.

She has also completed both the drug and alcohol evaluations. But she is balking at the psychological evaluation. She says she has complied with everything asked of her and a year later still doesn’t have her children back.

Dulce Guerrero was accused of being unavailable and unable to provide adequate supervision and care, according to documents served on her by the State of Wisconsin, Circuit Court of Milwaukee. Her sister accused her of neglect. By the time she received the letter from the court notifying her of the situation, Dulce Guerrero had missed the first court hearing.

Communication was complicated by her loss of work at the restaurant she and her sister formerly ran together and then by getting evicted from her apartment for failure to pay.

“This happens to poor people,” says Amada Morales, a transportation provider for a mental health program, during an interview last fall at the office of Welfare Warriors, an advocacy group for low-income women. “Poor people being mad at each other and calling the system on each other . . . There are no services for the poor family being ripped apart, no services like housing options.”

An analysis of U.S. Census data by the National Coalition for Child Protection Reform, an advocacy group based in Alexandria, Va., shows Milwaukee having the third-highest rate of removing poor children from their homes in the nation. It falls behind Philadelphia and Los Angeles County, according to data collected by Wisconsin’s Department of Children and Families in 2009.

That same data show a much higher rate of removal from impoverished households, raising the question of whether a parent’s lack of income is being conflated with abuse and neglect.

According to a statement taken by a court investigator, a child care arrangement between Dulce Guerrero and the father of her children, Victor Tello, was unstable. Tello understood the arrangement to be temporary, for only a few days. He took the children to Maria Guerrero‘s house and then she called Child Protective Services.

A year ago Dulce Guerrero lost her job at the El Fogan restaurant, in which she held a $10,000 stake and helped run with her sister, who controls the business.

When Women’s eNews reached Maria Guerrero by phone at her restaurant she declined to talk. Her husband, Filberto Lando, had this to say: “We are not to talk about the girls or anything about the case. We would like to but we can’t.”

As foster parents, Lando says they were taking care of the children until their mother got herself together. “The girls are going back,” he says. “She just has to meet the requirements of the court.”

Dulce Guerrero says the dispute with her family started when she arrived late to work one day. At that point Maria Guerrero and Lando accused her of not working as hard as them and said she needed to put in more hours.

Dulce Guerrero says she refused, arguing that she needed at least one day off to spend time with her children. The argument escalated and Dulce Guerrero wound up losing her job at the restaurant, her only source of income.

Shortly after that she was evicted from the apartment leased by her sister.

Dulce Guerrero contacted Tello, the biological father, who was living in Chicago. She says they agreed that he would care for the children until she got back on her feet.

At that point Dulce Guerrero turned to Compan, a route sales representative for Aramark Uniforms, a company based in Burbank, Calif., that delivers uniforms, towels, aprons, and mats to businesses across the country. He said she could stay with him.

Compan and Dulce Guerrero met in August 2011 at El Fogan, where she was doing everything from serving customers to cooking and cleaning. Compan would stop in for meals while on break from his delivery route.

Compan says at a certain point they exchanged numbers and began spending time together. He says he didn’t meet Dulce Guerrero‘s daughters until a few months after she’d lost custody. It was after the children were removed, and Dulce Guerrero had nowhere to go, that he says she told him about what the whole family was going through.

“I told her to stay here until you figure it out,” Compan said in a phone interview recently from Milwaukee. “I love Dulce with all my heart; she had my daughter.”

Compan has accompanied Dulce Guerrero through court dates, meetings with her lawyer and appointments to counselors. He says he worries about her daughters. “No one is stepping up to help them,” he says. “I consider them my daughters.”

Dulce Guerrero said she feels good about Compan being involved now. “The girls never had a dad. They feel real comfortable with him. They say he is a real good person.”

She and Compan are dissatisfied with their assigned caseworker, Jamie Hatch, of Children’s Service Society of Wisconsin. They say she has removed bilingual site supervisors, consistently used English-only documents, including some that she tried to compel Dulce Guerrero to sign. The couple says she has botched transportation for the children to visit her and has canceled scheduled visits once they were granted by the court judge.

When reached by phone, Hatch declined to comment on the case.

Dulce Guerrero says that Hatch has allowed the custodial aunt to make parental decisions about the care of the children without her consent, including cutting six inches of their hair and not permitting her to treat a rash on the leg of one daughter for five months. Dulce Guerrero insists that from January to July 2012, the two younger children spent up to 13 hours a day at the restaurant where the aunt worked before they were finally placed in daycare.

She says that she has requested a jury trial on four occasions from her assigned lawyer Tom Miller and has been denied. Dulce Guerrero says court proceedings have been delayed a number of times when no interpreter was available.

Morales was a bilingual site visit supervisor from Lad Lake, a mental health program overseeing Dulce Guerrero‘s visits with Hatch. She provided a letter to Miller on Dulce Guerrero‘s behalf to demonstrate that Dulce Guerrero had completed some court requirements–such as satisfactory supervised visits–and that Hatch refused to provide her lawyer.

Morales was dismissed from the case in July 2012.

MaGod Project‘s Gowens set up a meeting in late October 2012 with the Happach, the administrative director of the Bureau of Milwaukee Child Welfare. At that meeting she presented a written petition on behalf of Dulce Guerrero‘s and Compan’s complaints. They requested to have Hatch disciplined or dismissed from the case.

“As long as Jaime is the only case worker, she can do whatever she wants,” Gowens told Women’s eNews after the meeting with Happach. “And with no access to a trial, the court never has to prove your guilt.”

Anna Limontas-Salisbury is a reporter living in Brooklyn, N.Y. This story is part of a series on Child Protective Services and low-income women made possible by a grant from the Fund for Investigative Journalism.

One response to “Impoverished Mom Lost in Milwaukee Family Court” 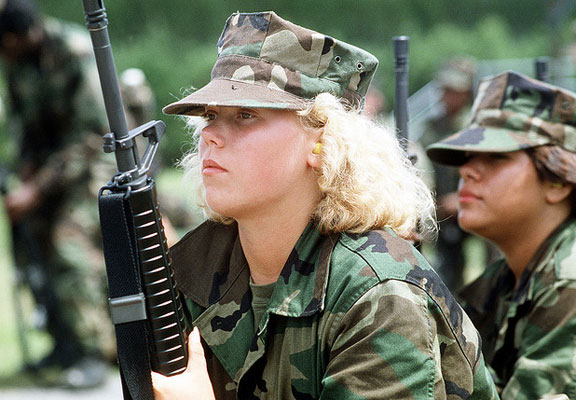 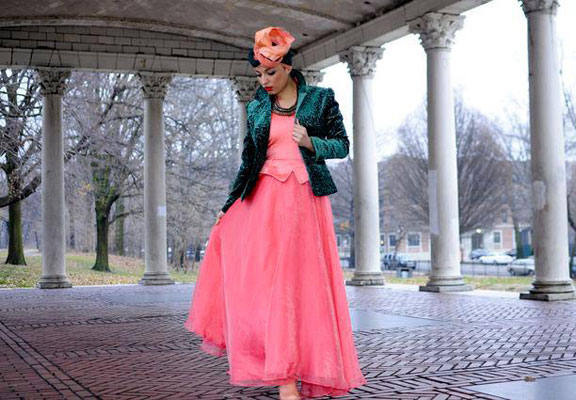