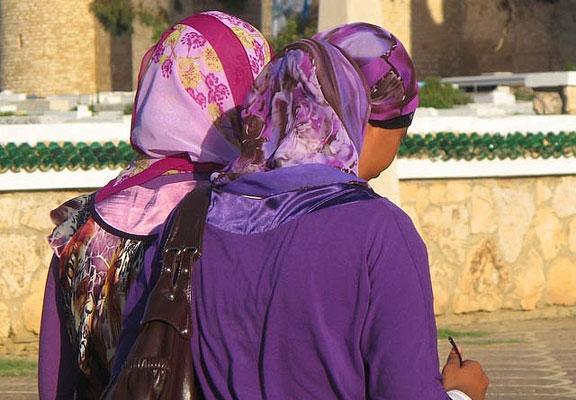 (WOMENSENEWS)– Tunisia is rapidly losing its reputation as a regional leader of safe, legal and affordable abortion. The country that decades ago lowered maternal mortality after legalizing abortion has sharply cut public access to the procedure.

“Women are now obliged to go hundreds of miles away from their homes to get a surgical abortion,” Fathia Hizem, head of public relations of the Tunisian Association of Democratic Women, said in a recent phone interview. “Some women find even themselves with no other options than to go to private clinics where the costs of abortion are expensive.”

Twenty-two abortions were performed in North Africa for every 1,000 pregnancies in that region in 2003, but the only procedures that occurred in safe conditions were those in Tunisia, according to the Guttmacher Institute.

But in the past five years those safe conditions have been mainly lost to budget cuts.

Surgical and medical abortions used to be available in the country’s 24 family planning centers, one in each governorate. Now, only five centers offer surgical abortions, said Hizem.

Hizem doubts that a major push to ban abortion in Tunisia is on the horizon, but she said women may face growing arguments against undergoing the procedure as authorities worry about the declining birth rate. The current fertility rate of about 2.1 children per woman is down from 3.4 in 1990.

The Islamist-led government is adding political and moral pressure on women as leaders of the more conservative states have begun comparing the banning of abortion to the abolition of the death penalty.

“Women who come to have an abortion are sermoned with a moral and religious discourse to discourage them,” said Hizen.

But while the new Islamist leadership of the country doesn’t help abortion access, the trend predates the revolution of 2010-2011 that deposed then-president Zine el Abidine Ben Ali.

The difficulties started with the global economic crisis of 2008, said Hizem, and are linked to the push to privatize public services under the previous regime. “In his last years, Ben Ali’s government leaned toward a liberalization of the economy, hence limiting the state funding of public services.”

The country’s south and the northwest regions seem to be most affected, with residents there complaining that abortion services have not been available since the revolution.

At a private clinic an abortion costs about $130, a sizable chunk of the average monthly income in Tunisia and a price too high for many low-income women to pay.

The problem of dwindling abortion access was addressed in early November at a gathering held at the Tunis headquarters of the Tunisian Association of Democratic Women, which attracted representatives of both the organization itself and the Coalition for Sexual and Bodily Rights in Muslim Societies, an international network of human rights groups working to advance sexual and reproductive health and rights in Muslim-majority countries.

Tunisia started to legalize abortion in 1965 by making it available to women with more than five children who were within the first three months of pregnancy with their husband’s approval.

In 1973, Tunisia passed a second law allowing any woman to have an abortion within three months of pregnancy without the husband’s approval. That same year, Tunisia became the first Arab and first African country to begin establishing family planning centers throughout the country that offered abortion services.

Legalization of abortion in Tunisia has neither led to its trivialization nor to a decrease in other forms of contraception, according to a 2010 UNFPA report. Authors of that report found that state-provided abortion services helped save women’s lives. The maternal mortality rate fell to 36 for every 100,000 births in 2006 from 61 in 100,000 in 1994, the UNFPA found.

Would you like to Send Along a Link of This Story? https://womensenewsp.wpengine.com/story/abortion/121211/tunisia-loses-ground-safe-affordable-abortion

If These Idiots Can Be Congressman, Why Can’t I?