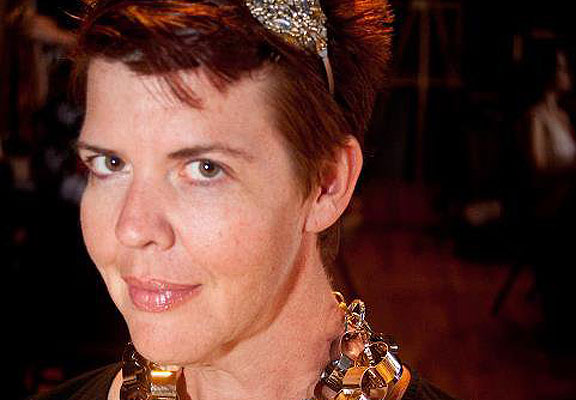 An unexpected part in the musical “Gypsy” triggered performance artist Stephanie Howell’s love of her body and shaped her career, she says in this excerpt of her essay in the anthology “Live Through This: On Creativity and Self-Destruction.”

(WOMENSENEWS)–235 pounds: I was 29 years old and I decided that I wanted to be an actor. Interestingly, I chose a profession that is hyper-focused on how one looks. Very rarely does one hear “Can she play the part?” More often than not, one will hear “Does she look the part?”

I was still struggling with my body image and my relationship with food, but I knew I was good at acting and there was a niche for “fat” actresses. Many thin actresses won’t gain weight for a stage role–unless there is the possibility of a Tony nomination. I was already fat and someone has to play the fat roles. Plus, if I started losing or gaining weight quickly I could always blame it on my “character.” Interestingly enough, during my time at college I was cast as Lilith–a character who struggles with an eating disorder. I lost 20 pounds before the show opened by eating only salads and drinking diet soda, grapefruit juice and water. Art imitating life; life imitating art.

251 pounds: Then I auditioned for the musical, “Gypsy.” It was a large cattle-call audition and, to my surprise, I was hired by a company and cast as one of the strippers in the show–Mazeppa. In all the other productions I had been involved with, my body had been covered from head to toe. This show was different; I could hide behind my character, but ultimately, I was going to have to show “my” body–my fat and flabby body. Mazeppa’s costume didn’t leave much to the imagination–a black and brown brassiere, a short black and brown skirt, tights, a headpiece and dance shoes.

I was suspicious of my costumer, my fellow cast mates and my director. But, I could not be suspicious of paying audience members.

“Gypsy” ran for two weeks. Opening night, I worried how the audience would view my fat body in my skimpy costume. I waited behind the backstage curtain–nervously– for my cue to enter. When I heard Tessie give her line, I exited the wings and took center stage. As soon as I stepped foot onstage, I heard laughter from the audience. At that moment, I believed that they were laughing at me and my fat body– I wanted to die but I knew the show must go on and Electra, Tessie and I had our song to sing. I was the lead into the song and I embodied fearlessness as I sang my part and moved my body.

This was not a one-time experience. “Gypsy” was performed 16 times and each time I sang my solo I received a standing ovation. And as a side note, I found out that when I first stepped onstage opening night, the audience wasn’t laughing at my body. It was my headpiece they found funny.

It was through performing Mazeppa and embracing fearlessness that I was able to construct a new understanding of “fat” and the “performance of fatness” in my live performances. I made the conscious decision that I didn’t have to hate my body anymore. I didn’t have to hide my body anymore–I didn’t have to be ashamed of my fatness. That’s not to say that newfound acceptance of my fat body happened overnight–it didn’t. This was a slow, slow process. A slow process that began with me being grateful that I had a working and functional body–I hadn’t damaged my physical body through my own abuse.

Through this appreciation, I was able to see my body in a different light. Fat didn’t mean “bad,” “unworthy,” “unlovable” or “undesirable.” I began wearing clothing that fit close to my body. I wanted people to see my fatness. I would no longer be invisible. This appreciation of my fatness sparked my professional work.

Stephanie Howell is a performance artist whose work is based in identity, the performance of fatness and burlesquing the body. She has performed at various theaters, universities and performance spaces across the U.S.

Would you like to Send Along a Link of This Story? https://womensenewsp.wpengine.com/story/arts/121228/stripper-role-sparks-artists-body-acceptance 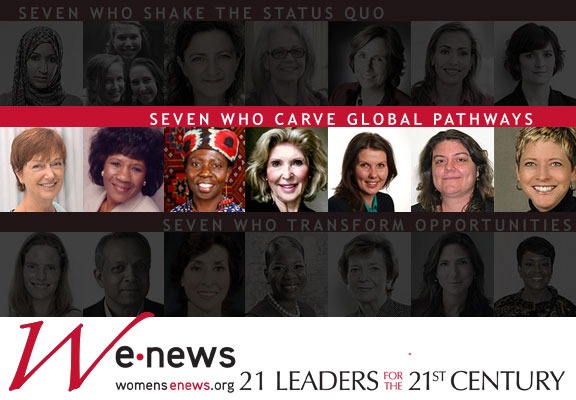 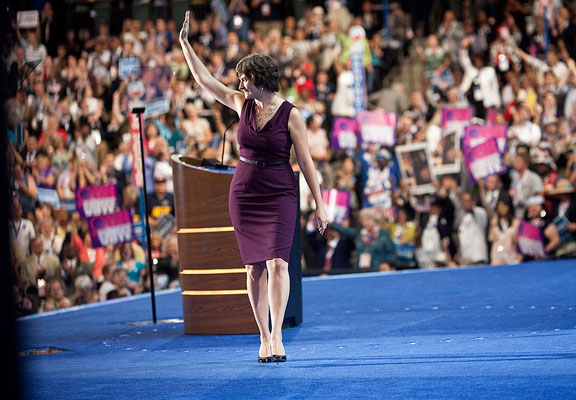