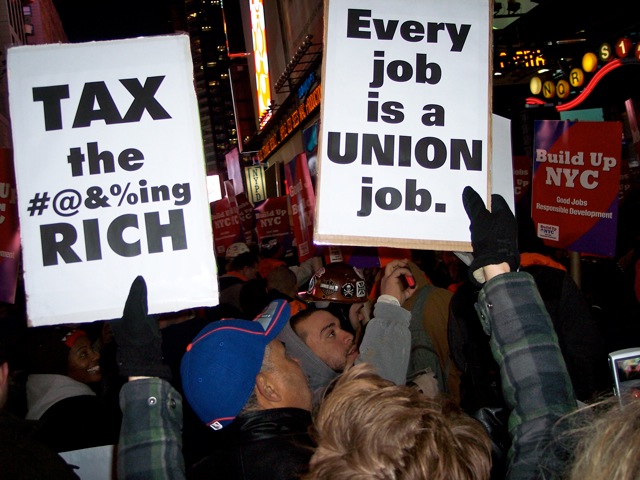 Julie DeLaurier, who attended the protest, said, “I am here because I am a middle class woman and my standard of living has been steadily eroded, and I can no longer sustain my life.”

Women made up about two-thirds of all workers who were paid minimum wage or less in 2011 and 61 percent of full-time minimum wage workers, according to the National Women’s Law Center, citing the Bureau of Labor Statistics.

Protesters chanted “Pay your workers, pay your taxes,” and stood with signs saying, “We want justice. We want a better life. Support fast food workers. Support NYC workers,” and “Every job is a union job.”

Low-wage jobs make up a majority of job growth in the U.S. since the recession. Food services, retail industries and employment services such as temp jobs in particular have added 1.7 million jobs in the recovery and constitute 43 percent of total net growth, according the National Employment Law Project. Most of growth within these industries–76 percent–occurred in the lower-wage occupations.

The majority–66 percent–of low-wage workers are not employed by small businesses, but by large corporations with over 100 employees, the organization also finds. However, while corporations such as McDonalds and Burger King are earning massive profits, they continue to pay their workers poverty level wages without benefits, says UnitedNY, an advocacy group supporting the movement.

It would take a minimum-wage, full-time worker more than 1,300 years to earn as much as the YUM brands’ CEO made last year, cited a report by the Fast Food Forward campaign.

Cara Noel, communications director at UnitedNY, told Women’s eNews in a phone interview that often people in low-wage industries making $7.25 an hour have to supplement their wages with government assistance such as food stamps.

Retail workers in New York City launched their movement with the Sustainable Scheduling campaign in October and last week fast food workers organized a one-day strike, the largest of such gatherings according to organizers. However, yesterday’s rally was a huge step towards uniting the movement for all low-wage workers to get living wages and benefits, say activists.

How To Avoid Rape 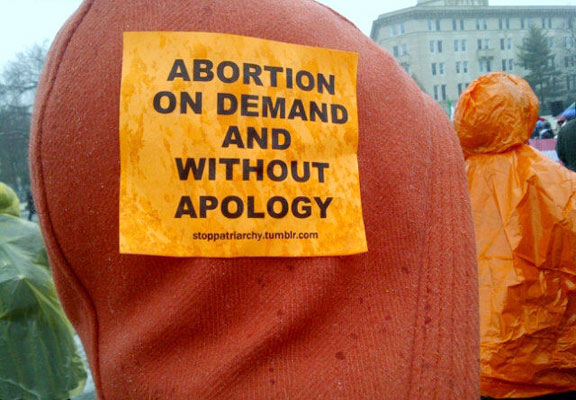 One by One, Our Abortion Stories Can Change Debate