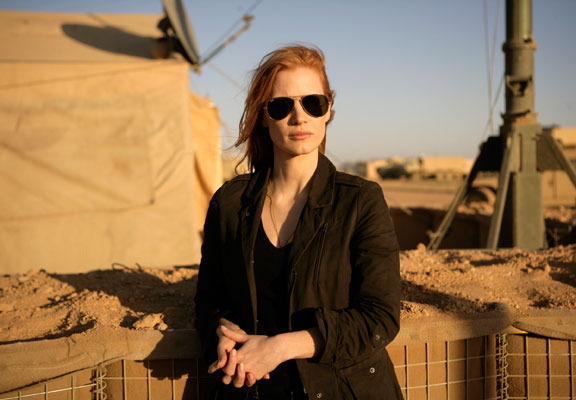 Hollywood in 2012 Was Female-Action Packed

Take a bow, movie makers of the year past. From little girls facing down prehistoric beasts to elderly goddesses communing with the planet, 2012 movies teemed with complex female characters and a new sense of opportunity.

(WOMENSENEWS)– Like a mixed martial arts kick to the head, flawlessly delivered in this year’s “Haywire,” we didn’t see this female-centric Hollywood year coming.

But so it did. From little girls facing down prehistoric beasts to elderly goddesses communing with the planet, 2012’s movies teemed with complex females. Firing up the virtual movie projector, let’s review.

Taking center stage is Kathryn Bigelow‘s “Zero Dark Thirty,” a docudrama that reenacts the 10-year hunt for Osama bin Laden and has been surrounded by some controversy. Sens. Dianne Feinstein, Carl Levin and John McCain sent a Dec. 19, 2012, letter to Michael Lynton, CEO of Sony Pictures, accusing the film of misleading viewers about the practice of torture. Bigelow has responded, stating: “The point was to immerse the audience in this landscape, not to pretend to debate policy. Was it difficult to shoot? Yes. Do I wish [torture] was not part of that history? Yes, but it was.”

The film is based on a true-life CIA operations analyst who refused to be deterred for a decade–Jessica Chastain‘s Maya is a young woman solely defined by her actions. The filmmakers purposely dispensed with a back story, love interest or influential authority figures. Maya is what Maya does. Upon her first introduction to CIA Director Leon Panetta (James Gandolfini), she minces no words about her discovery of the Abbottabad compound, blurting out, “I’m the motherf**ker that found this place.” This character is no ordinary Hollywood ingenue, batting her eyes and flipping her hair, relying on her sexuality to gain favor. And in this particular year, Maya isn’t the singular exception.

The aforementioned Steven Soderbergh action thriller “Haywire” brought us real-life martial arts champ Gina Carano as a beautiful woman in high heels and a slinky cocktail dress — the usual Hollywood heroine garb – physically outmatching men. A hit with critics and moviegoers alike, “Haywire” portrays Carano as a super-agent who could beat the pants off anyone, anytime. It’s make-believe, yes, but director Soderbergh insisted on nitty-gritty, live-action physicality. Just a solitary woman who packs one hell of a punch.

The action/thriller/sci-fi genre usually leaves men predominantly littering the cinematic battlefield. But this year Ridley Scott made sure “Prometheus” focused on actress Noomi Rapace as an archeologist, who survives deadly enemies when she’s not performing her own Caesarean. An echo of Sigourney Weaver‘s iconic Ripley from Scott‘s 1979 “Alien,” this character represents another sole survivor. (As for the 63-year-old Weaver, she’s still quite a force. In this last year alone, she played a tough-talking police captain in “Rampart,” followed by the boss-lady of the universe in “The Cabin in the Woods.”)

There were plenty of other impressive female authorities on the big screen this year. Susan Sarandon played the all-knowing earth goddess in “Cloud Atlas,” Emma Thompson was the head honcho in “Men in Black 3” and Salma Hayek portrayed the leader of a Mexican drug cartel in “Savages.” And Melissa Leo, as the investigative authority of the National Transportation Safety Board, causes all men – including Denzel Washington–to quake in “Flight.”

In “Skyfall,” Judi Dench continues to rule over Bond’s world as M, the unimpeachable head of Her Majesty’s Secret Service. In this latest 007 film, the screenwriters addressed M’s emotional influence on the psyches of both protagonist Bond (Daniel Craig) and antagonist Silva (Javier Bardem). “Skyfall” is considered the best of this current Bond franchise  . . .  in no small part due to Dench’s character.

Still going strong at 78, Dench also starred in “The Best Exotic Marigold Hotel” as a recent widow grieving the loss of her husband. Alone for the first time in her life, her character learns a self-reliance she never dreamed possible.

The theme of women struggling to express their identities while living in the shadow of overbearing mates reverberated throughout 2012. In “Hitchcock,” starring Helen Mirren, there is Alma Reville, Alfred Hitchcock’s unsung editor-screenwriter-spouse who worked by his side for 50 years. In “Hope Springs,” the usually gutsy Meryl Streep plays a heartsick, timid Nebraskan housewife who finds the courage to confront her loutish husband about their lack of intimacy. Sarandon outwits her powerbroker spouse in “Arbitrage“ and a young 18th century Danish Queen, Alicia Vikander in “A Royal Affair,” manipulates the feeble-minded King Christian VII into delivering the Age of Enlightenment to his country.

Female screen characters were in all manner of non-stereotypic careers. Helen Hunt is a sex therapist who introduces intercourse to a polio victim (“The Sessions“); Amy Adams turns to her love of baseball and scouting and gives up the partner track at her shark-eat-shark law firm (“Trouble with the Curve“). Marion Cotillard is the expert orca trainer in “Rust and Bone” who, after a horrific accident, has to rebuild her life. In “Cloud Atlas” Doona Bae starts out as a server in a futuristic fast-food joint, but winds up as a Joan of Arc-esque visionary for future civilizations.

Even animation studio Pixar jumped into the picture; as its 17th feature, Pixar finally introduced its first female lead with “Brave.”

It all makes you think we might just be on the brink of major change in Hollywood. The circle of Oscar-winning female directors may even expand beyond Bigelow, who broke the barrier in 2009 with “The Hurt Locker.”

While last May’s Cannes Film Festival delivered a resounding slap when it excluded female directors from its 22-film primary competition, the 2013 Sundance Film Festival reversed the trend by recently announcing that eight of the 16 films chosen for the main dramatic competition were created by women.

Wow. A historic occasion. Even, dare we say, a happy ending? Cut and fade to black  . . .  before someone decides to revise the script.

Kimberly Gadette is a freelance writer who’s worked primarily in film for nearly a decade. A member of Online Film Critics Society, her reviews can be found on her Rotten Tomatoes’ critic page.

Would you like to Send Along a Link of This Story? https://womensenewsp.wpengine.com/story/arts/121227/hollywood-in-2012-was-female-action-packed 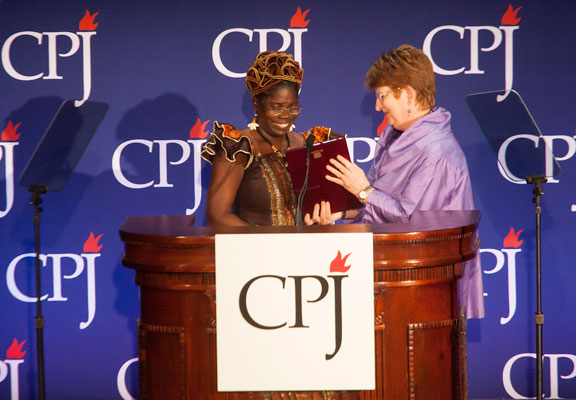 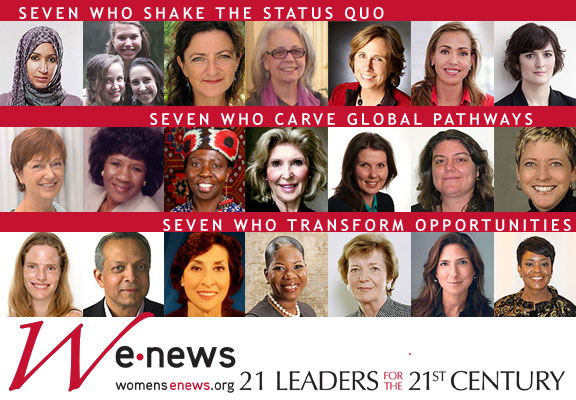