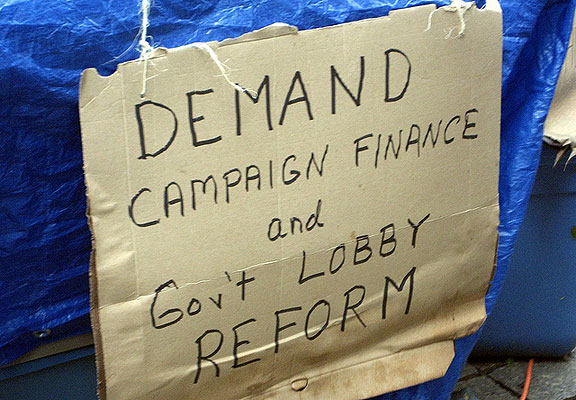 Which corporations are financing whose campaigns? What are their political surrogates saying about Planned Parenthood and rape? Should we boycott? After 2012 these are big civil rights questions for women to consider.

(WOMENSENEWS)–As a “white male feminist” (and businessman) — I know this description of myself sounds strange, but I’m going to try to make a point — I’ve been asking myself what would happen if progressives, especially women, used their combined political and economic muscle to bring corporate political donors to heel.

What if women lead the charge to make campaign finance reform the next great civil rights fight?

Two Supreme Court decisions (Citizens United v. Federal Elections Commission and, later, American Tradition Partnership v. State of Montana) and an appellate court decision (SpeechNow v. Federal Election Commission) have fundamentally transformed our political system and our democracy to a degree we’ve just been able to grasp from the results of this year’s elections, when an unprecedented $6 billion was spent on the federal elections: presidential, Senate and House combined. Never has our electoral process been more captive to vast sums of money from a handful of large corporations and wealthy individuals.

And for all the scorn rightfully heaped on Citizens United, it’s actually the SpeechNow case that’s been the most destructive.

SpeechNow allows not-for-profit organizations to accept unlimited contributions from individuals for independent expenditures, which birthed (i) “super PACs,” which can accept unlimited contributions but must disclose donors and (ii) especially pernicious, tax-exempt — or 501copyright — organizations (often referred to as non-disclosing groups or dark money groups), which are not required to disclose the sources of their funding — especially pernicious. Under the current Supreme Court and Congress, the prospect of putting reasonable curbs on the political contributions of the extremely wealthy seems quixotic at best.

However, I’m convinced that curbing the political spending of corporations — their disclosed contributions and, especially, their masked contributions through intermediaries and their anonymous contributions through tax-exempt organizations — needs to turn into a civil rights fight for this time, of the sort in which we engaged in the ’60s and ’70s. Only this will allow us to see a future where the nation’s large corporations are no longer unfairly influencing our federal elections and, in the process, often helping to steal our civil liberties.

None of the large corporations currently dominating federal elections is, as far as I know, opposed to civil liberties. However, these companies — of which American Electric Power, Aetna, Prudential Financial, Dow Chemical, Merck, General Electric and the oil companies rank among the nation’s most significant political contributors –consistently fund (usually anonymously through an intermediary such as the U.S. Chamber of Commerce or through one of the new tax-exempt organizations) federal candidates who enable attacks on reproductive rights for women; resist equal rights for gays and lesbians and fair immigration reform; advance regressive tax policies; and/or seek to limit the influence of unions.

Remember it was Congressman (and vice president “wannabe”) Paul Ryan who believes that the women’s health exception in abortion laws is a “loophole big enough to drive a Mack Truck through,” and it was Congressman Todd Akin who dismissed the significance of rape as he opposed contraception and abortion. And it’s Ryan and Akin and their ilk who’ve been receiving massive amounts of corporate campaign contributions.

The U.S. Chamber of Commerce, arguably the largest and most prominent of the so-called intermediaries, earlier this year indicated that it planned to spend as much as $100 million on the 2012 elections. An analysis of campaign spending data from the Center for Responsive Politics by Public Citizen’s Chamber Watch and the Main Street Alliance shows that in 29 of 35 Senate and House races where the Chamber contributed money, it was the biggest or second biggest “dark money spender” in the race.

There is no “freedom to spend anonymously” in the Constitution; so once we know which companies are dominating political giving, and to whom they’re donating, we should take action. Product boycotts, as we used them widely in the 1960s, spring to mind.

Civil rights organizations have so far mainly hung back from campaign finance reform, believing, understandably, that each organization’s primary concern is its respective community of interest.

However, we are entitled to a government that represents all of America — women, not just largely white males; people of color; the working class, not just management; and small business owners, not just large corporations — rather than one that is controlled by the wealthiest individuals and the largest companies. Otherwise, our civil liberties will be recast by those who are little more than prejudicially elected puppets of those who’ve become the oligarchs of America.

If we cannot stop unrestrained spending through legislative action, which seems unlikely, then we need to at least ensure that strong disclosure laws are in place to guarantee transparency and begin the process of re-establishing our electoral rights.

We especially have the right to know if we are supporting hate and discrimination when we go buy a light bulb or a gallon of gasoline or a chicken sandwich, and we always have the right to protest and boycott.

Now it should be women (and the progressive “male feminists” who respect and love them) who lead this new charge. A charge which says no more purchasing from anti-women and anti-civil liberties companies, no more turning a blind eye to the harmful social agendas of extremist candidates, no more anti-Planned Parenthood efforts, no more deportation of Mexican mothers whose children were born here, no more “knocking off” Big Bird and no more same-sex-marriage resistance.

And while they’re at it, women should say to the managers of the nation’s pension plans — public (e.g., CalPERS) and private (e.g., GE) alike — that it’s past time to use their massive shareholdings to force public disclosure of all corporate political contributions and lobbying expenses.

They should also press the Securities and Exchange Commission to compel public companies to disclose their direct and indirect political contributions, since they might affect shareholders’ decisions to invest.

I end with a plea that all civil rights, civil liberties and labor organizations start demanding — through marches and boycotts — an end to corporate political contributions that work against a fair and inclusive society. In order to restore balance to our democracy we have no choice — in terms of our civil rights — but to march again against hostile companies, refuse again to buy the products of these companies and decline again to invest in them.

Leo Hindery Jr. is chair of the U.S. Economy-Smart Globalization Initiative at the New America Foundation, co-chair (with United Steelworkers President Leo Gerard) of the Task Force on Jobs Creation, founder of Jobs First 2012 and a member of the Council on Foreign Relations. He is the former CEO of ATandT Broadband and its predecessors, Tele-Communications, Inc. (TCI) and Liberty Media, and is currently an investor in media companies.

Would you like to Send Along a Link of This Story? https://womensenewsp.wpengine.com/story/the-nation/121206/campaign-finance-womens-democracy-issue 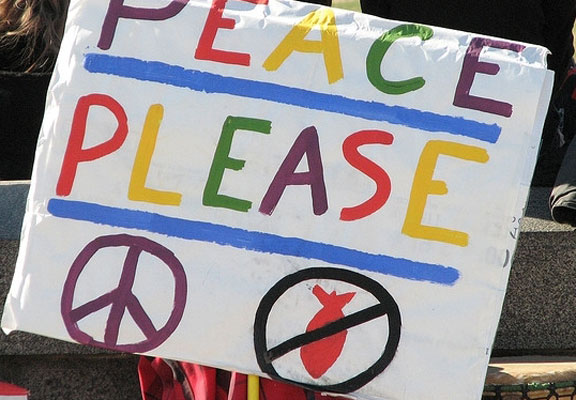 How To Avoid Rape