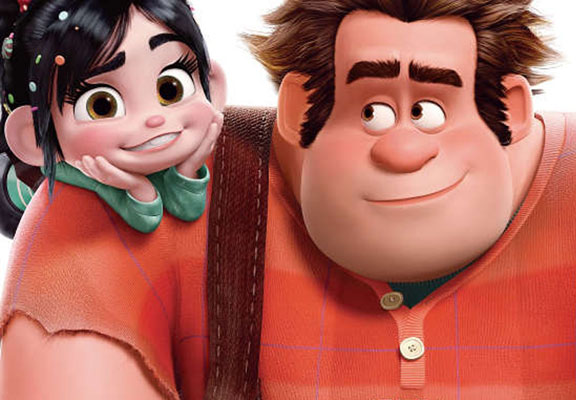 (WOMENSENEWS)– If you’re looking for a film to share with kids this month, "Wreck-It-Ralph" is a good choice.

This animated adventure written by Jennifer Lee and opening Nov. 2 is about a video arcade game character cast as the villain but determined to become a hero. The film has just enough message, silliness and swagger to please everyone.

Also opening Nov. 2, "Cafe de Flore" stars a brilliant Vanessa Paradis as a nurturing and obsessive single mom who adores her mentally handicapped son and is struggling to raise him to adulthood. Writer/director Jean-Marc Vallee’s film intertwines her story with another, less engaging plot line about a man (Kevin Parent) caught between his wife and mistress — and the result is somewhat confusing. But stick with Paradis and the boy, and you’ll be transported to a haunting place where deep feelings dwell.

"Vamps" is Amy Heckerling’s cutesy comedy about two ageless young female vampires who are best bloodfriends and share a New York apartment but have separate coffins and different tastes in men. Vamping Alicia Silverstone and Kristen Rytter suck every drop of comedy from the self-consciously quirky script, but there isn’t enough there to satisfy a snacker.

"Festival of Lights" is a sprawling drama about a young woman who travels from New York to Guyana in search of her roots and family secrets. The script is a bit ponderous and melodramatic, but the intercultural insights are fascinating and the cinematography is exquisite. Starring Melinda Shankar and written and directed by Shundell Prasad.

"Jack and Diane" is about newly attached lesbians in an obsessive relationship that turns ugly and terrifying when Diane learns that Jack is leaving town. Good performances and some gripping moments, but this effort at integrating the genres of romance and horror is a stab that doesn’t quite cut it. Written and directed by Bradley Rust Gray and starring Juno Temple and Riley Keough.

"Flight" is a showcase of gratuitous exploitation of women. The opening shots linger on the perfect breasts and exquisite butt of Nadine Velazquez, who plays a bit part as the naked layover lay of a dissolute-yet-heroic airplane captain (Denzel Washington). The all-angles nudity paves a path for several other weak female characters. Shame on director Robert Zemeckis for sleazing down a very well made aviation disaster film with an otherwise lofty moral core.

"Skyfall," the new James Bond flick, brings Daniel Craig’s 007 back from the dead to serve and protect a newly threatened M, played perfectly, as always, by the incomparable Judi Dench.

"A Royal Affair," a fully realized 18th century period drama and romance, is one of this month’s must- see movies. It is set at the court of Denmark’s King Christian VII, a madman who married and tormented Britain’s Caroline Matilde. Nikolaj Arcel’s exquisite and captivating film, based on Bodil Steensen-Leth’s historic novel, focuses on clever Caroline and how she strives to thrive. Alicia Vikander puts in a brilliant performance as Caroline.

"Lincoln" stars Daniel Day-Lewis as an American president at war and heavily engaged in a political struggle to emancipate the slaves. Directed by Steven Spielberg and scripted by Tony Kushner, the film based on Doris Stearns Goodwin’s book.

"Christmas in Compton," co-written by Suzanne Broderick, is a holiday comedy. Give yourself a gift, and miss it.

"Anna Karenina" is a thrilling, uniquely stylized version of Leo Tolstoy’s classic novel. Keira Knightley delivers a monumental performance as Anna, the 19th century Russian aristocrat who challenges rigid social convention, exercises her will and her passions and comes to a tragic end. Brilliantly directed by Joe Wright, with Tom Stoppard’s subtly-crafted script.

In "Price Check," Parker Posey offers a quirky, high-energy performance as an overbearing boss whose demanding, domineering desires for her handsome employee (Eric Mabius) put serious stress on his marriage. The film is a comedy with some serious disturbances.

"Hitler’s Children," Channoch Zeevi’s documentary, traces the legacy of the Third Reich’s leaders by interviewing their progeny. Bettina Goering, Katrin Himmler and Monika Goeth are among those who testify in this eye-opening account of the painful and lingering legacy of Holocaust perpetrators.

"Starlet" pairs 21-year-old Jane (Dree Hemingway) and the 80-something Sadie (Besedka Johnson) in an unusual and engaging female buddy film. Great plot and performances, but the film would have been better without a pornographic twist injected by writer-director Sean Baker.

"Silver Linings Playbook" is November’s big name romcom, starring Bradley Cooper as a guy who moves in with his parents (Robert De Niro and Jacki Weaver) upon his release from a sanatorium and becomes romantically entangled with a younger woman (Jennifer Lawrence). Based on Matthew Quick’s novel, David O. Russell has written and directed what is being hailed as his best film yet, and is garnering Oscars buzz in all categories.

In "Hitchcock," Helen Mirren is marvelous in this engaging biopic about the famously irascible Hollywood director. Mirren plays the Mrs. (aka Alma Reville) to Anthony Hopkins’ Mr. Alfred.

"Rust and Bone" is a beautiful drama about a whale trainer who forms a friendship with a single dad who sadly neglects his son. As each faces critical adversities (she loses her legs in an Orca attack) their friendship deepens into love. Jacque Audiard’s direction is stunningly sensitive. Marian Cotillard’s performance as the whale trainer is captivating.

In addition to covering film for Women’s eNews, Jennifer Merin writes about documentaries for About.com and is president of the Alliance of Women Film Journalists, a nonprofit organization of the leading female film journalists in the U.S. and Canada.

Would you like to Send Along a Link of This Story?
https://womensenewsp.wpengine.com/story/arts/121101/wreck-it-ralph-stars-weekend-movie-releases 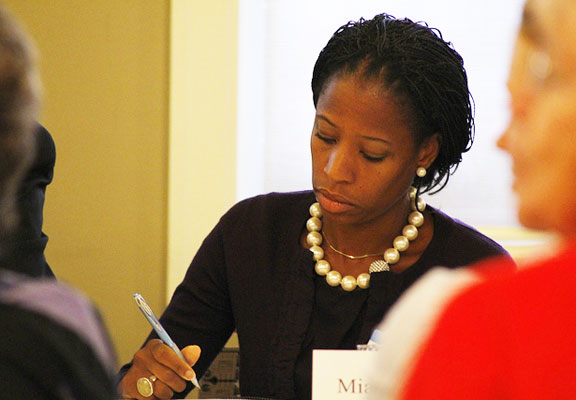 see what happens when we dont vote