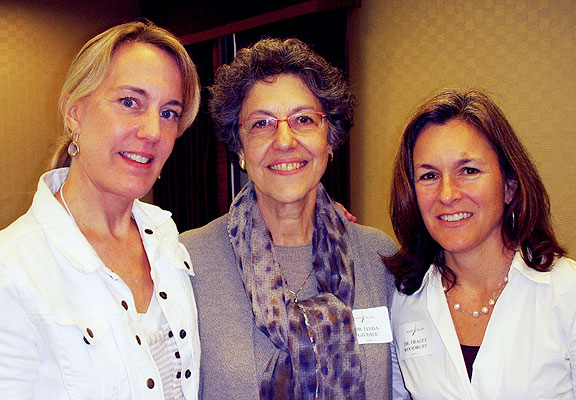 In the face of government inaction, health groups and medical organizations are intensifying their warnings about the harm posed to women and babies by environmental contaminants.

The meeting was hosted by a nonprofit that was commemorating the 50th anniversary of “Silent Spring,” Rachel Carson’s groundbreaking book on how pollution can affect human health.

Giudice and Woodruff had plenty to say about that. Using research they have compiled through their work at the Program on Reproductive Health and the Environment at the University of California in San Francisco, they discussed how bisphenol A in plastic, phthalates in makeup and other common chemicals can trigger health problems, including cancer in women and reproductive troubles in the children they bear.

“By spreading the word about environmental contaminants, we can minimize exposures and keep women and their children from harm,” says Giudice, who presented her findings to the members of Rachel’s Network, the hosting organization, which is based in Washington, D.C.

Giudice and Woodruff’s talk, which spurred eager questions and ran an hour over its scheduled time, is a sign of two things happening at once right now: rising public concern over environmental pollution and doctors’ engagement with the issue in the face of scant governmental attention.

From dioxin (produced by burning plastic) to organochlorine pesticides (found in farming areas), synthetic chemicals can wind their way into breast milk and into the fat and blood of mothers and infants alike. The average American woman has 116 synthetic compounds in her body, chemicals that she is likely to pass straight on to her sons and daughters, reports the Atlanta-based Centers for Disease Control and Prevention.

Scientists warn that these chemicals are growing evermore prevalent.

Take mercury, which is emitted by coal-fired power plants and can spur breast cancer in women and autism and attention deficit disorder in children exposed to it in utero. The Environmental Protection Agency reports that today, 1 in 6 U.S. women has enough mercury in her body to harm herself and her developing fetus.

Many of these pollutants persist long after initial exposure.

Consider dichlorodiphenyltrichloroethane (DDT, a pesticide that harms the nervous system) and polychlorinated biphenals (PCBs, coolants that cause reproductive problems in infant boys). Both were banned in the United States in the 1970s, and both still showed up in significant amounts in female subjects’ blood and urine, Woodruff found in a

In the same study, she also found significant levels of bisphenol A (BPA, found in many plastics and linked to cancer, diabetes and miscarriage) in 95 percent of female test subjects.

Despite that alarming finding, the Food and Drug Administration (FDA) stirred activists’ outrage in March by announcing it would not ban BPA from canned food and liquid infant formula containers.

“The FDA has veered dangerously off course,” says Jane Houlihan, a spokesperson for the Washington-based Environmental Working Group, which had been lobbying to ban BPA for four years.

Mothers and children share this “body burden” of pollutants in much the same way they share physical traits. Tests by the Environmental Working Group have found that children have more synthetic chemicals in common with their mothers than with unrelated women and children.

Each of these chemicals poses unique dangers.

Polybrominated biphenals (PBBs or flame retardants) have been tied to early menstruation in girls. Phthalates (chemicals that soften plastics and help makeup adhere without smudging) have been linked to stunted penises and undescended testicles in infant boys.

“What’s even scarier than how these chemicals work in isolation is how they work in combination and interact with nutrition and other larger-picture issues,” says Alison Carlson, the member of Rachel’s Network who hosted the Oct. 25 breakfast briefing.

Combined, these environmental contaminants may be responsible for the recent doubling in the incidence of asthma, autism, diabetes, male infertility, obesity and prostate cancer, recent research has found.

Though an estimated 100,000 synthetic chemicals are flooding our air, water and soil, the U.S. government has not taken effective action to stem the manufacture of contaminants.

“The production of these chemicals has increased 24-fold in the past 60 years,” says Woodruff, who notes that the Toxic Substances Control Act has not been overhauled since its 1976 creation and does not require chemicals to be tested for safety before they are introduced.

The past year has produced a steady stream of cautionary research.

In February, the FDA tested cosmetics for lead, which can impair neurological development, and found the toxin in 400 brands of lipstick.

In April, scientists from the Child and Family Research Institute in Vancouver, Canada, tied commonly-used organophosphate insecticides to shortened gestation periods in pregnant women and lower birth weights in children.

In October, a University of California, Berkeley study showed BPA could upset the balance of thyroid hormones in pregnant women and newborn boys.

Enter the medical community, which has started working in recent years to raise women’s awareness of environmental contaminants.

At the Program on Reproductive Health and the Environment, Giudice, Woodruff and their colleagues have created pamphlets that advise women to take protective steps such as storing food in glass containers instead of chemical-leaching plastic; leaving shoes at the door to prevent tracking in pollutants and frequent hand-washing to avoid contamination from toxin-laced household dust. They also recommend avoiding toxic household cleaners.

Health workers hand this advice to the 2,000 mothers who deliver infants at the University of California at San Francisco each year. Doctors and nurses also provide patients with personalized environmental counseling.

“We try to make a balanced presentation of the facts,” says Giudice. “Instead of scaring a woman to the point where she’s afraid to drink the water, we give her informed advice. We’ll tell her that the average woman applies 12 personal care products each day and urge her to user fewer; or to use ones that are free of harmful chemicals.”

The program’s publications are also being circulated at hospitals across the United States while other medical facilities are developing similar educational materials of their own.

The three top-ranked gynecology hospitals–the Cleveland Clinic in Ohio, the Mayo Clinic in Rochester, Minn., and Brigham and Women’s Hospital in Boston–have websites advising pregnant women to avoid tuna and other large fish that may be affected by mercury contamination. The New-York-City based Planned Parenthood Federation of America, which runs 800 women’s health centers (more than any other heath organization in the United States), issues advisories about “green choices.”

Warnings and how-tos like these are also becoming standard-issue at consumer-oriented, health-information organizations such the American Pregnancy Association, based in Irving, Texas, and the March of Dimes, based in White Plains, N.Y.

The American Congress of Obstetricians and Gynecologists, based in Washington, D.C., invites doctors to teleconferences on “environmental contributors to short-term birth.”

The American Society of Reproductive Medicine, based in Birmingham, Ala., encourages members to join its Environment and Reproduction Special Interest Group. And the Endocrine Society, in Chevy Chase, Md., recently called for more research and stricter policies on the environment and health.

Leaders of medical organizations, including Dr. Jeanne Conry of the American Congress of Obstetricians and Gynecologists, Dr. Teresa Woodruff of the Endocrine Society and Giudice, the newly-elected president of the American Society of Reproductive Medicine, have all committed to addressing the problem.

“We’re working within our organizations–and working with each other–to boost public awareness and make a change,” says Giudice.

Molly M. Ginty (http://mollymaureenginty.wordpress.com) is an award-winning reporter who has written for Women’s eNews, Ms., On The Issues, PBS.org, PlannedParenthood.org and RHRealityCheck.org.

Would you like to Send Along a Link of This Story? https://womensenewsp.wpengine.com/story/environment/121117/strong-medicine-needed-combat-toxic-policies 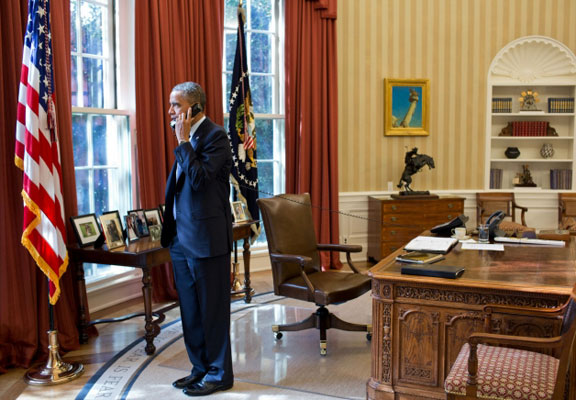 Dear President Obama: Do These Things for Women