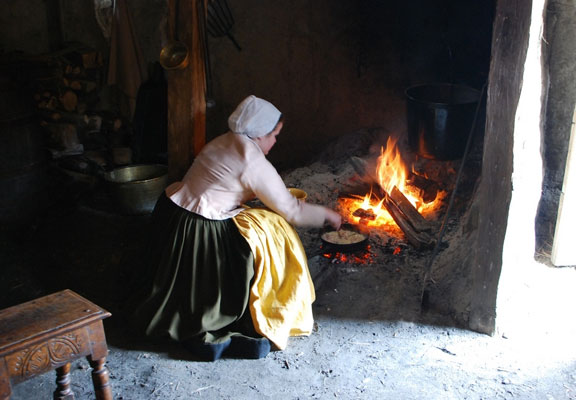 There have been many New World thanksgivings, but the Pilgrim version that we celebrate today was made possible by the hardship and heroism of women and promulgated by New England schoolmarms.

(WOMENSENEWS)– It’s that dark time of the year. No, not post-election trauma, but instead the literal darkness that follows the end of daylight savings time.

Suddenly we leave work to dark parking lots and streets, and it hits us that "the holidays" are just around the corner. Darkness is appropriate to Halloween, of course, but for Thanksgiving, it seems odd. Better we should have it back in September, when harvest time is real and there is celebratory light. But it hardly matters anyway anymore, as Thanksgiving is increasingly a mere bump on the road to Christmas cash registers.

Abraham Lincoln would be pained, and even more so would be Sarah Josepha Hale, the originator of our holiday. Hale, a young New Hampshire widow with five children to support, moved her brood to Boston and, in 1828, became editor of Ladies Magazine, the nation’s first such publication.

"Editor" is not truly accurate, for she also wrote almost everything in the magazine during its early days. She turned it into the century’s most successful periodical — even after a new owner named it for himself, dubbing it Godey’s Lady’s Book. Along the way, Hale’s editorials crusaded for many things, especially female education and an annual day of thanksgiving.

She still was writing editorials in the 1860s, when Lincoln accepted her idea during the somber days of the Civil War; and so the holiday’s genesis was political, a definite Yankee PR move, and it took a while for Southerners to accept the notion. Our national mythology therefore slowly reworked itself, skipping Lincoln and Hale, and focusing instead on 1621 and the Pilgrims.

But they weren’t the first, you know. The first English-speaking colony that lasted was not Plymouth, but instead Virginia’s Jamestown. Those 1607 settlers were all male, however, and none of them represented the lifestyle that American society wants to promote with Thanksgiving. These guys not only starved because they would not work, they also left each other to die and then stole the deceased’s little property.

Most of the women who joined them in 1609 also were England’s dregs. The capitalists who owned the Jamestown enterprise found these women in London’s prisons and brothels, brought them to Virginia and literally sold them to the highest bidder.

The winter after the women arrived, the truly dark days of 1609-10, was called the "starving tyme": Out of approximately 500 Jamestown colonists, some 450 died. Captain John Smith’s records even report that one man "did kill his wife…and had eaten part of her before it was known, for which he was executed."

No wonder we opt for Plymouth’s Pilgrims as our Thanksgiving ideal!

Even there, though, in a culture that claimed to protect women, they suffered disproportionate hardship. Of the 104 people aboard the Mayflower, just 18 were adult women — at least three of whom were pregnant when they ventured into the unknown in autumn of 1620. By the end of their first terrible winter, 14 of those 18 women were dead.

This 78 percent mortality rate compares with 40 percent for Plymouth’s men, and just 16 percent for children; during an era when childhood deaths often were higher than that under perfectly normal circumstances. Given women’s generally greater survival rates in crises, the probability is that the Mayflower women literally starved themselves to death so that their children could eat.

And just what were their men thinking when they timed the voyage to arrive at this absolute wilderness in December?

Better they should have gone to Florida. They didn’t because it already was occupied — by Spanish Catholics, absolute anathema to English Puritans. Despite Florida’s image as a not-quite-real place dominated by Disney, it does in fact have America’s oldest city, St. Augustine.

The first settlers there, who came directly from Spain, held a celebratory mass of thanksgiving on Sept. 8, 1565. And other thanksgivings had preceded that. The first that can be verified, at Florida sites that turned out to be impermanent, was in 1513 – more than a century prior to the Pilgrims.

Why, then, is Thanksgiving so firmly associated with Plymouth? Largely because women made it so: Not only Hale, but also and especially the tens of thousands of teachers who were educated in Massachusetts, beginning with the Mount Holyoke Female Seminary that Mary Lyons established in 1837. Its graduates and other New England schoolmarms went West to one-room schoolhouses, where they taught the Pilgrim version of history.

Still, Thanksgiving was not an official holiday until Franklin Roosevelt ensured it during the Great Depression — and he set the permanent date of the fourth Thursday in November not because of any historical or religious meaning, but as an inducement for early Christmas shopping. The Pilgrim women who gave their lives for the nascent nation, ironically, did not recognize Christmas, considering it much too merry.

Their ideology instead emphasized the dark side, and their lives during that first winter were bleak beyond any expectation. The sadness began while still at sea, when Elizabeth Hopkins’ son, Oceanus, died soon after birth. Susanna White delivered another boy, Peregine, while the ship lay at anchor in Cape Cod Bay. Mary Norris Allerton’s child also was born aboard the Mayflower; he died in dark December and she in February.

The Pilgrims did not begin to build on land until Dec. 25 – a date of no significance to them – and still were living on the ship when Dorothy Bradford went overboard and drowned in the icy water on Dec. 7. Although her husband, Gov. William Bradford, and his fellow patriarchs tried to explain it as an accident, anyone who has seen the high-walled deck of the ship’s replica at Plymouth knows that it likely was a suicide.

Like other Pilgrim women, Dorothy Bradford came from a fairly affluent English family. These women were not the Jamestown impoverished, but instead were accustomed to comfortable homes and servants. They were not sickly when they left Europe, for they had access to medical care in London and later in Holland, where they lived prior to making the final voyage. It was the passage, on the windy Atlantic of approaching winter, that weakened them.

Now they found themselves living in a 20-foot square communal building, "as full of beds as they could lie one by another." In the bitter cold of Massachusetts, their food supply ran out and everyone was too sick to seek more. Death visited almost daily in February and March, with evening funerals under the cover of darkness, lest natives see the diminishing numbers of the newcomers.

Four adult women and 11 girls remained alive when spring’s light again appeared. Because they were so greatly outnumbered by eager males, there was a great deal of pressure for girls such as Priscilla Alden to reach "marriageable" age. The only unmarried adult female survivor, Susannah White, became a bride again just 11 weeks after her husband’s death. Fertility dominated women’s lives and the governor wrote that as soon as the ground was warm, that this tiny remnant of females "went willing into the fields and took their little ones with them to set corn."

I hope never to hear another speech about our forefathers that does not include these foremothers, the genuine heroes of Thanksgiving.

Doris Weatherford is a recognized expert and acclaimed author who has been publishing books on women’s history for over 20 years.

Would you like to Send Along a Link of This Story? https://womensenewsp.wpengine.com/story/our-history/121121/mayflower-women-anchor-thanksgiving-plymouth 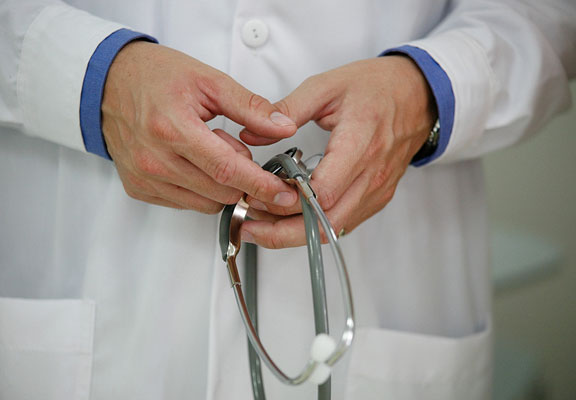 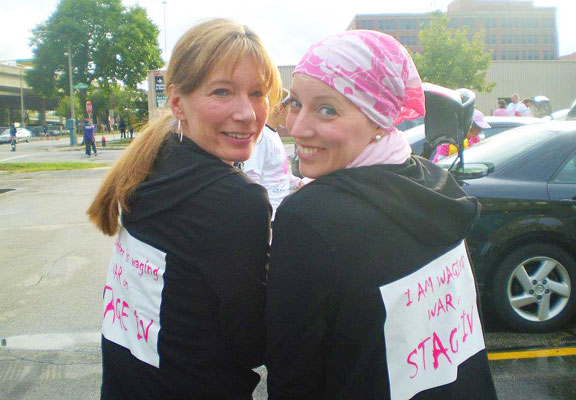 Metastatic Women Are Stranded in the Sea of Pink