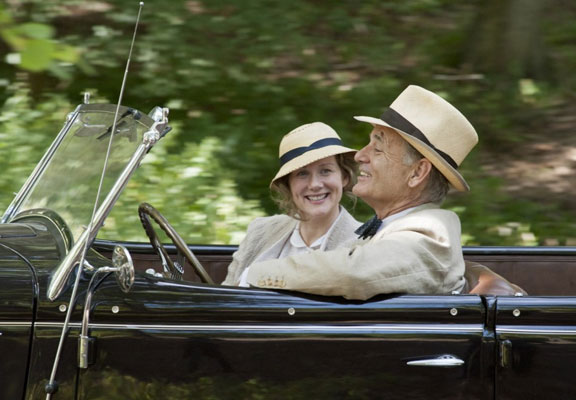 “The Big Fix,” an angry documentary about the BP oil spill in the Gulf of Mexico, kicks off the new releases. “Hyde Park on Hudson” follows a few days later, offering a look at the female-dominated private life of Franklin Delano Roosevelt.

(WOMENSENEWS)– December’s roster of releasing movies presents a good mix of holiday escapades and serious subjects that may prompt New Year’s resolutions. On the list are several likely Oscar contenders.

Note, too, that the studios are re-releasing some of this year’s best films as a lead-in to the awards season. So this is a good time to catch up on films you may have missed earlier in the year. But here, in chronological order, are my picks for the coming month.

“Cheerful Weather for The Wedding” is a charming British romancedy set in 1932. On her wedding day, a bride (Felicity Jones) finds she has conflicting feelings for her fiancé and former beau. Based in Julia Strachy’s novel, with screenplay co-written by Mary Henely-Magill.

In “Delhi Safari,” an animated feature, jungle animals fight against human destruction of their turf. Their leaders: a female tiger (Jane Lynch) and her cub. It’s a good story, with lovely animation and some entertaining Bollywood embellishments. Purrfect for family viewing.

Another animation, “The Rabbi’s Cat,” is a delightfully quirky tale set in Morocco. It’s about a feline who, after swallowing the family’s parrot, announces he’d like to convert to Judaism. Meow! This charming challenge to stereotyping is a great family watch. However, it’s in French with English subtitles, which might limit its appeal for kids who can’t yet read.

Filmmaker Nan Biurski‘s “The Loving Story” is a well researched and deeply affecting documentary that sheds light on America’s turbulent Civil Rights era. In particular, it focuses on the case of Mildred and Richard Loving, an interracial couple whose love and commitment to each other gave them the strength and courage to challenge separatist laws and, with the help of two young lawyers, win the landmark Supreme Court decision that overturned the prohibition of interracial marriage and changed the course of America’s social and political history. Bravo to the Lovings and to the film.

“The Girl” is a gripping drama about a dissolute Texas mom who, after losing custody of her son, sets out to redeem herself and win him back. Desperate for cash, she smuggles people across the border, becoming emotionally committed to a needy young Mexican girl. A complex and challenging film. Abbie Cornish is brilliant, strong and soulful as the mom.

For movie fans with the Hobbit habit, Peter Jackson‘s new addition to the franchise, “The Hobbit: An Unexpected Journey,” is a holiday season pleaser. Penned by Fran Walsh and Philippa Bovens, the story has Bilbo and a company of dwarves venturing to the forbidding Lonely Mountain to repossess the treasure taken from them by a powerful dragon. In a mostly male cast Cate Blanchett gives a grand performance as Galadriel.

New from Kathryn Bigalow, the first and only woman to win a Best Director Oscar (for “The Hurt Locker”), comes “Zero Dark Thirty,” a tense, truth-based thriller about the decade-long search for Osama Bin Laden. The central character is a bold, tough, completely unemotional female CIA agent (Jessica Chastain), who relentlessly tracks the al-Qaida leader. There are no diversions or subplots. The film, shot with sometimes gruesome detail, has the grit of a documentary. It sheds light on a dark chapter of American history, but has generated some controversy about the veracity of some information. Don’t miss it.

“Amour,” Austria’s official submission for the Best Foreign Film Oscar, is an exquisitely sensitive, insightful and painfully honest drama about octogenarians Anne and George, retired music teachers who live in Paris, where they share the final phase of their lives together. Bring tissues. Michael Haneke wrote and directed the film. Performances by Emmanuelle Riva, Jean-Louis Trintignant and Isabelle Huppert are magnificent. In French, with English subtitles.

Anne Fletcher helms “The Guilt Trip,” a quirky buddy movie in which Barbara Streisand and Seth Rogan play mother and son who are driving across the country together on a business trip and get into all sorts of oddball situations. The scripting is sometimes a bit cliché, but you can’t beat Streisand and Rogan’s comedic delivery.

“Barbara” is Germany’s official submission for the Best Foreign Film Oscar. It is the galvanizing tale of an East German female doctor forced by her government to work in a rural hospital where she feels her life and career are stifled. She’s determined to escape to the West, but gets caught in a web of circumstances that challenge her plans. Nina Hoss’ brilliant portrayal of Barbara establishes the film as a tribute to women’s strength, spirit, dignity, generosity and determination. In German, with English subtitles. A must-see!

“The Impossible” is a fictionalized account of what happened to one British family who were vacationing in Thailand when the tsunami hit, killing tens of thousands of local people and tourists. Their reunion is miraculous, indeed. But it’s hard to watch their agony as they search for each other amid the chaos and desecration. Naomi Watts gives a stunning performance as the loving, protective mom who will not give up.

The opening of the long-awaited, much anticipated cinema version of “Les Miserables” on Christmas Day is a gift. The production is every bit as spectacular as you’d expect it to be, and then some. Set in 19th-century France, the story, centering around Jean Valjean, the parolee who’s seeking true liberation, is basically the same as that presented in the long-playing Broadway show based on Victor Hugo’s novel. Anne Hathaway gives a powerful performance as Fantine, Amanda Seyfried is lovely as Cosette and Hugh Jackman is superb as Jean Valjean.

In “West of Memphis,” filmmaker Amy Berg provides another documentary take on the infamous West Memphis Three murder case. The case was covered with depth and passion in “Paradise Lost,” a trilogy of documentaries that were instrumental in freeing three imprisoned men — one from death row — who’d spent 20 years in prison for crimes they hadn’t committed. Beautifully shot and brilliantly edited, Berg’s documentary points a finger at the man who most likely murdered three boy scouts, one of whom was his stepson. A fascinating film, whether you’ve seen “Paradise Lost” (now on DVD) or not.

In the “saving the best for last category,” “Quartet” closes 2012 as one of the year’s best films. Dustin Hoffman‘s directorial debut stars the magnificent Maggie Smith as an aged opera diva who joins her former colleagues and competitors at a musicians’ retirement home in rural England. As the residents prepare for the home’s annual Verdi gala, the grand drama of their past jealousies and intimacies, richly embellished with notes of humor and soulful variations, comes to a crescendo, underscored by marvelous music. Ronald Harwood’s script is sophisticated and unfailingly elegant and the film features an ensemble of actors and musicians who deliver with brilliance, nuance and joy. “Quartet” is a pitch perfect celebration of the human spirit and creativity. See it now, or when it releases wider in January. And, let’s hope the movie industry resolves to give us more like “Quartet” in the New Year.

Would you like to Send Along a Link of This Story? https://womensenewsp.wpengine.com/story/arts/121129/december-movies-offer-rich-seasonal-banquet 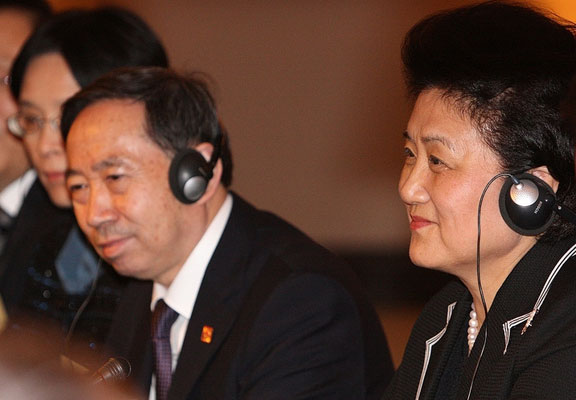 Is that love talking or talking points