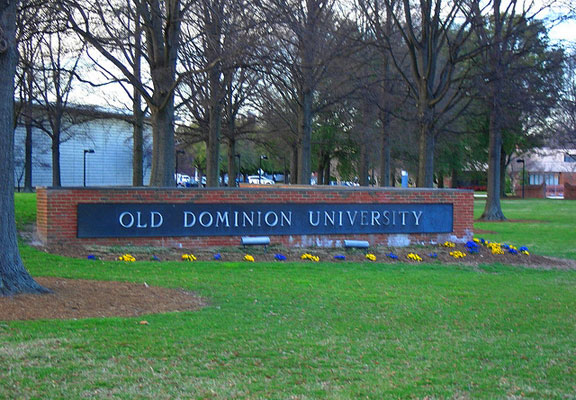 Send Your Daughter to Old Dominion, Not Harvard

Ivy League schools may fancy themselves better than most, but on the criterion of how well they protect students from rape, Wendy Murphy urges parents to take a closer look.

(WOMENSENEWS)–Two months into the academic year, in the midst of Domestic Violence Awareness Month, it’s worth talking about why female students at Virginia’s Old Dominion University, called ODU, are enjoying a safer and more egalitarian education than students at schools such as Harvard, Princeton and University of Virginia.

Last summer, for example, three ODU students, including two football players, were accused of raping two women. The matter was not only reported and swiftly prosecuted in criminal court, the football players were kicked off the team and all three were expelled from the university. ODU Athletic Director Wood Selig, Head Football Coach Bobby Wilder and Faculty Athletic Representative Tim Seibles all endorsed the decision and have taken proactive steps to increase awareness and enforcement of Title IX on behalf of female students against violent male athletes.

By way of stark contrast, University of Virginia hasn’t expelled a single perpetrator of sexual violence in the past 10 years, and both Harvard and Princeton have policies that allow school officials to run out the clock on victims’ reports of rape such that offenders are able to stay on campus and finish their education even in the face of compellingly credible allegations of brutal attacks on female students.

Just last week, a former Amherst College student wrote an op-ed in a student paper about her own campus rape and how her allegations were discounted by school officials. The piece is reported to have administrators at the college scrambling to repair their sexual misconduct policies.

Forcing victims to obtain their education in the presence of their attackers and disrespecting the severity of their suffering profoundly interferes with women’s civil rights and their constitutionally protected guarantee of equal access to educational opportunities.

Rape is taken seriously at ODU because the message there is clear that all rape is unacceptable. Harvard, on the other hand, sends a starkly contrasting message by imposing an exceedingly high “clear and convincing evidence” burden of proof on women at sexual assault disciplinary hearings. ODU, like most schools that comply with federal guidelines in order to promote women’s equality, requires proof only by a “preponderance of the evidence.” Put simply, the word of a woman is good enough for ODU, but not for Harvard.

The only responsible philosophy is one that makes clear that the word of a credible woman reporting rape on campus will always be sufficient to merit punishment of the perpetrator, and that no matter what the victim did to expose herself to risk, sexual violence is always the exclusive responsibility of the accused.

To believe otherwise is to believe that a little bit of rape is OK, or that some women deserve to be victimized. Too many elite schools endorse these offensive ideas and discount the harm of rape by focusing on the ways victims could have better prevented their own victimization and by teaching ideas like “bystander intervention” to encourage girls to protect each other.

Few top-tier schools demand nearly enough “intervention” from themselves or restraint from offenders, and almost none have programs with appropriate themes like “Your Right to SwingYour Fist Ends Before It Hits Someone Else In the Nose: This Goes For Penises and Vaginas, too!”

Current Title IX regulations and guidance from the Department of Education mandate that all schools adopt policies and procedures that provide for the “prompt,” “effective” and “equitable” redress of violence against women on campus.

But some schools spend time and resources finding ways around compliance, and if the sneakily named “Campus SaVE” law is enacted, federal law will effectively protect schools that refuse to adopt fair policies (such as Harvard and Princeton) from oversight by both the Department of Education and federal courts when they engage in tactics that silence victims, discriminate against women and perpetuate sexual violence.

Until elite schools take responsibility for enforcing Title IX effectively on campus, women will be much safer at places like Old Dominion than Harvard, not because Old Dominion has no abusive or entitled male students, but because school officials there have designed their sexual-assault policies to encourage reporting and ensure meaningful redress opportunities for victims.

Parents who dream of sending their daughters to top-tier schools have a right to assume their daughters will be safe at universities where the prices are sky high and the criteria for admission all but guarantees the campus will be filled with the wealthiest and most “well-bred” kids.

The harsh reality is very different. Parents too often see their dreams come crashing down when their child is victimized by sexual or dating violence — not because of the violence itself but because of the school’s response.

Margaret Peckham was a student at the University of Virginia when a predatory offender, who was also a student there, raped her at a party. He knew she was incapacitated because he watched Peckham’s friends carry her to her own bed in her own home.

Peckham went to sleep only to be awakened by her attacker who, like most college rapists, targeted and exploited his victim because of her vulnerabilities (not unlike a thief who steals money from the wallet of a sleeping friend). When the case was reported to university officials, they conducted an investigation, held a hearing and determined that the guy was not responsible for rape.

They ruled that he committed a lesser offense and sent him to counseling. Peckham was devastated not because the guy wasn’t expelled, but because her own beloved university had treated such a profound violation of her body as if it were no more important than stealing a notebook.

She quit school. The perpetrator graduated.

As in so many similar cases, Peckham’s parents were debilitated by feelings of betrayal. How could such a reputable university have such disdain for their child? This institutionalized discrimination is near epidemic on the campuses of elite schools, but is relatively rare at schools like Old Dominion.

When victims are discouraged from reporting crimes against them and officials sweep incidents of violence against women under the rug, schools can falsely claim to have low rates of sexual assault when they file annual Clery Act “report cards” each October. The Clery Act requires public disclosure of crimes on campus but mandates inclusion of only those incidents that are actually reported.

This means that schools with high numbers may well be safer for women than schools with low numbers because high numbers are an indication that administrators are reporting more of the truth and dealing more openly and responsibly with the problem.

It’s time for parents to rethink the value of sending their daughters to places like Harvard and Princeton.

Entitled males, including athletes, commit a disproportionate number of crimes against women on campus but almost never get in trouble. This is not because elite schools want women to be raped, but rather, because they care about money, and the cheapest out when rape happens is to side with the perpetrator.

Scandal avoidance and siding with rapists maximizes profit in the short term, but the long-term harm both to victims and to the financial health of the institution are very significant. Just ask Penn State.

Wendy Murphy is an adjunct law professor at New England Law/Boston where she has taught a seminar on sexual violence for more than a decade. A lawyer and impact litigator whose work led to the issuance of new Title IX guidance, Murphy is a former prosecutor who specializes in criminal justice policy, constitutional rights and the representation of victimized women and children. Her first book, “And Justice For Some,” comes out in paperback at the end of the year.

Would you like to Send Along a Link of This Story?
https://womensenewsp.wpengine.com/story/rape/121025/send-your-daughter-old-dominion-not-harvard 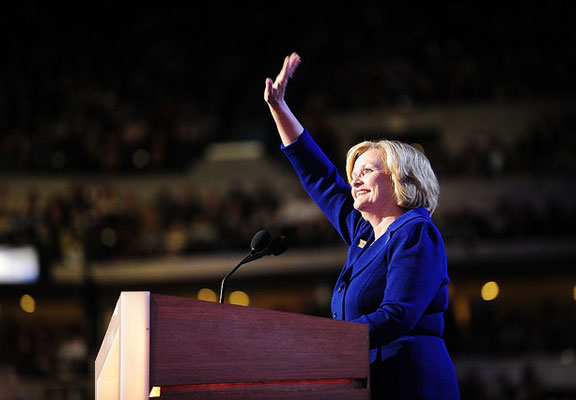