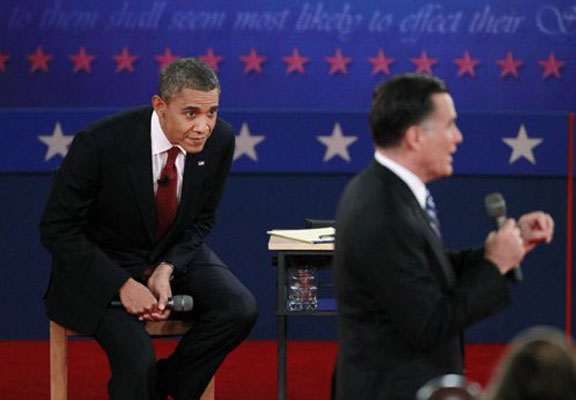 Mockery of the gaffe went viral during the debate and shortly after the Obama campaign release an ad featuring the comment, which a writer at the Boston Phoenix calls misleading to boot.

Romney has been making strong inroads with female voters in recent weeks after the first debate on Oct. 3, leaving it up to Obama to stoke support among a demographic that leans Democrat.

Tens of thousands of tweets last night made fun of Romney’s assertion that he asked women’s groups to bring him “binders full of women” when he became governor of Massachusetts after advisors recommended only men for cabinet positions.

At one point during the debate, the Twitter tag #bindersfullofwomen was mentioned almost 40,000 times in a single minute, according to a social media analytics tool Topsy.

The handle @BigBirdRomney tweeted, “Binders full of women sold for $0.77 at Staples. Binders full of men selling for $1.00.” Liz Brown, a leader of the Ohio Democratic Party tweeted, “Why is the Republican male answer to pay equality questions always, ‘Look at all these women who work for me!'”

David Bernstein, a writer for the Boston Phoenix, previously reported on this issue and disputed Romney’s answer, saying it was misleading because women in Massachusetts formed a bipartisan coalition called MassGAP and actually put the “binders” together before the gubernatorial election, planning to present them to whomever won.

The Obama campaign quickly released an ad on the heels of the debate called “Mitt Romney’s Condescending Views Toward Women,” which featured the binders comment as well as Obama’s advocacy of Planned Parenthood.

While questions from the floor did not probe abortion rights, Obama went out of his way to raise Planned Parenthood during the discussion of equal pay, framing access to contraception and health care as not just a social issue but also a “pocketbook issue” linked to “how effectively women are able to work.” Women’s eNews commentator Atima Omara-Alwala makes the same argument in her Oct. 17 column.

A commentary by Sarah Posner in the online magazine Religious Dispatches finds the economic importance is “something that has long been missing from a discussion that has been driven by conservative claims of infringement of religious freedom.”

But “he [Romney] said employers should make decisions as to whether women get contraceptive coverage through insurance,” Obama said. “He says we should eliminate funding for Planned Parenthood.”

Romney last week said his administration would defund Planned Parenthood. In the debate he steered the topic toward jobs, saying women had lost 580,000 jobs in the past four years and that, compared to four years ago, 3.5 million more women are in poverty today. “I’m going to help women in America get good work,” he said.

Obama brought up the embattled organization four times during the debate, reported The Hill.

Romney, at one point, said: “Every woman in America should have access to contraception,” arguing that Obama had mischaracterized his position.

NARAL Pro-Choice America, the Washington abortion rights organization, said in an Oct. 16 press release, “Mitt Romney has once again lied about his views on women’s access to birth control” because he supported the Blunt Amendment and has promised to defund Planned Parenthood. The Blunt Amendment, which failed to pass in the Senate in March, would have allowed employers to deny insurance coverage for health care services found morally objectionable.

On Tuesday night, the Romney campaign released an ad that sought to reassure voters that he is not extreme on social issues. In it, a woman says: “You know, those ads say Mitt Romney would ban all abortions and contraception seemed a bit extreme, so I looked into it. Turns out Romney doesn’t oppose contraception at all. In fact, he thinks abortion should be an option in the cases of rape, incest or to save a mother’s life,” going on to say that she’s more worried about the “debt our children will be left with.”

At one point in the debate, Romney turned a discussion of whether the country should outlaw AK-47 assault weapons into a statement against single-parent households. After referring to America’s “culture of violence,” he said we “need moms and dads to raise kids” since for children in two-parent families, “the prospect of living in poverty goes down dramatically.”

Buzzfeed collected some of the angry tweets responding to that assertion, including one person who wrote, “Single moms have raised at least two Presidents of USA. One of them is standing next to you.”

Romney was also criticized by some for speaking over moderator Candy Crowley, a news anchor and senior political correspondent for CNN who was the first woman to moderate a presidential debate in 20 years. Joe Scarborough, host of the political talk show “Morning Joe,” said that Romney “came on way too strong” against Crowley and that “you don’t run over a female moderator.”

In an interview with CNN news anchor Soledad O’Brien after the debate, Crowley said of both Obama and Romney, “There’s so much at stake…I expected them to come at me when I tried to reign them in.”

“I didn’t take it personally at all,” she said.

Washington Post reporter Paul Farhi said that she was “an active, aggressive and prominent presence.”

Would you like to Send Along a Link of This Story?
https://womensenewsp.wpengine.com/story/campaign-trail/121017/romneys-binders-women-offer-ammo-obama 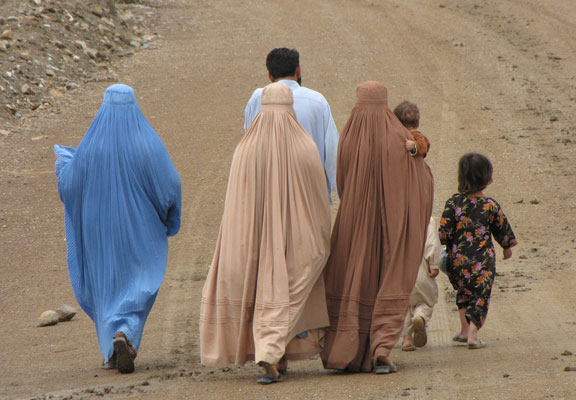