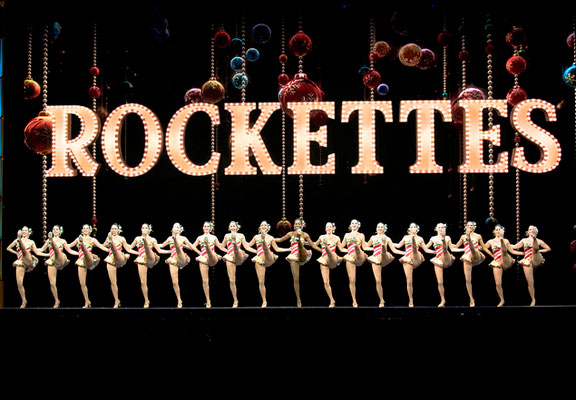 Greta Gleissner thought achieving her dream of becoming a Rockette in New York City would help her overcome her eating disorder. In this excerpt from her book, “Something Spectacular,” she recounts how it only sent her bulimia into a downward spiral.

(WOMENSENEWS)–Not showing up for work today was one of my biggest blunders yet. Sure, I had quit at least 30 jobs in the past because I chose to act out my eating disorder instead of fulfill my responsibilities. But those were restaurant jobs. Jobs I cared nothing about.

Not showing up to Radio City is another story. As I replay the last few hours and the decision to risk a job I’ve dreamed of having, I know that this is the progression I hear so much about in the rooms of Overeaters Anonymous.

I pick up the phone, my index finger hoping to push the numbers in just the right way to reach my dance captain Sherry’s voicemail.

"Hello, this is Sherry."

"I was so worried. Where were you? What happened?" Sherry asked.

"I have an eating disorder. I’m bulimic." There. I said it.

"Well, it’s really been bad lately. I’ve had it since I was 16. It started kind of like a diet and then just got really out of control."

"I’m so sorry, Greta. I wish you would’ve called me and told me what was going on."

"I was embarrassed. It’s not really the type of thing you want your dance captain to know about. I didn’t want any of the dancers to know. Well, except Heather–she knows. She’s tried to help me through the season, but I’ve just been so depressed that it’s gotten worse." I feel like 10 pounds have been lifted off of my chest. Too bad it’s not your ass.

The following week, I stand at the Stage Door entrance of the Music Hall–the place I was sure would be the beginning of a better, bulimia-free life. I can’t believe it is the last week of the season. I had so many aspirations: I was going to save money, treat myself and my body well, not let my insecurities set me apart from the other cast members. I was going to experience New York and, for once, not let my eating disorder ruin every experience.

None of my goals have been met. I didn’t change my life. The only change is that my behavior has gotten worse, I’ve gained weight, I’m more depressed and I have attained new levels of self-hatred.

It’s so confusing. Even with this job, I can’t see my worth. Intellectually, I know that to become a Rockette in New York is ridiculously competitive. I should be thrilled just to have the chance, which I am. But when am I going to get it? When will I finally feel that I am worth enough? When will I stop trying to kill myself through this slow torture?

I exit the elevator and walk into the dressing room. Dancers’ eyes shift in my direction, their lips turning upward to say hello to me before focusing back on themselves in the mirror or on the costume racks. So far, no one has tried to humiliate me with shouts of psycho or bulimic freak character assaults that I’ve imagined. It is business as usual up here on the fifth floor. Maybe Sherry didn’t tell anyone anything.

"Are you okay?" Heather asks. "I was really worried about you when you didn’t show up." Heather is the only dancer in the cast that knows the depth of my struggle.

"Yeah, I’m alright. The eating disorder is out of control."

Heather and I became friends instantly because we were assigned to sit next to each other in the dressing room. On the first day of rehearsal when we all ran to see our dressing-table assignments, I realized as fast as a 30-second quick change that my dressing area signified my low-level status in the New York production. Heather and I were next to the dressing room door and isolated from the rest of the cast. It’s like being seated at a table next to the busy kitchen at Il Mulino restaurant, nowhere near the chef.

"How was last week?" I ask, moving on from my drama. Heather takes my lead and starts talking about Sherry’s notes from the last show.

I sit down at my dressing table. I’m feeling less nervous since no one brought up my unacceptable behavior. I look at myself in the mirror. Don’t berate yourself today. For once, try to be good to yourself.

Out of the corner of my eye, I see them hanging on the costume rack. I despise them. The sparkle tights and green velvet costume has become my nemesis. Every time I put on this ensemble, I feel like I’m in an episode of "Montel Williams" where a skinny teenager who previously made fun of fat people has volunteered to put on a fat suit, to see how it physically and emotionally feels to be heavy and ostracized by society. Later she recounts on national television how horrible it felt and how she will never make fun of fat people again. Until next week when the cameras aren’t rolling.

The difference between me and the girl posing as a fat person is that the only person making fun of me is me.

Excerpted from the book "Something Spectacular: The True Story of One Rockette’s Battle with Bulimia" by Greta Gleissner. Excerpted by arrangement with Seal Press, a member of the Perseus Books Group. Copyright 2012. 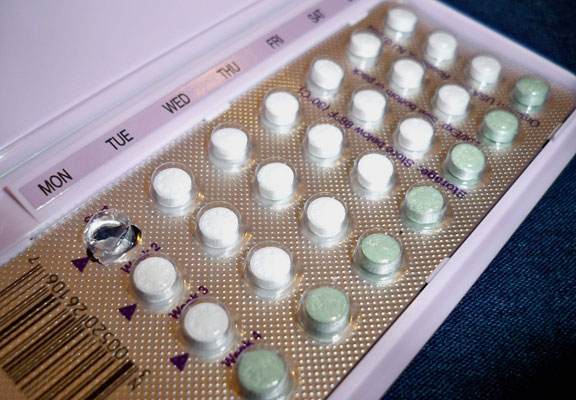 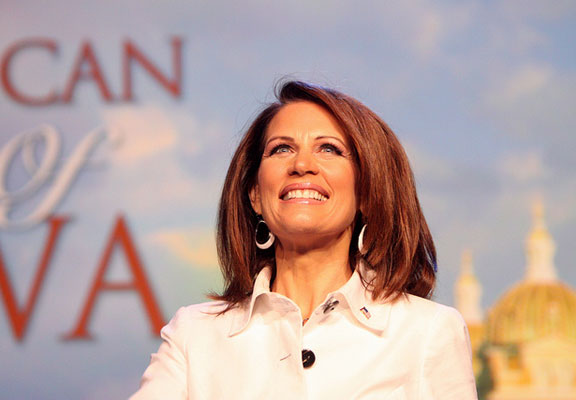