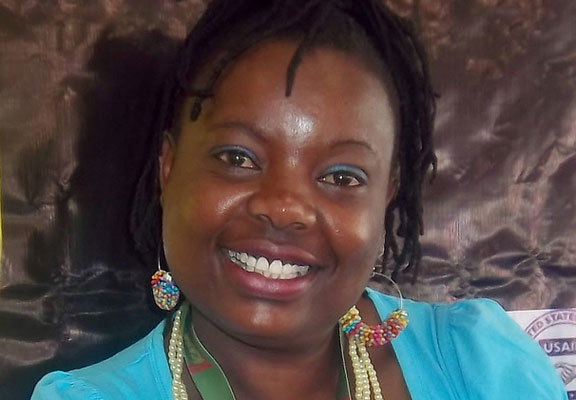 The International AIDS Conference convenes in Washington July 22-27 and activists are demanding more policies and investments reflecting the fact that women are now more than half of all people living with HIV.

WASHINGTON (WOMENSENEWS)–The 19th International AIDS Conference opens here next week on a hopeful note, proclaiming that the end of the pandemic may be in sight.

Some women’s groups, however, are warning that current approaches for reaching that goal won’t work because they short-change women.

“AIDS-Free Generation?” bus stop ads are asking. “Not Without Women.”

The ads, sponsored by the Center for Health and Gender Equity (CHANGE), which organized the informal coalition of women’s groups, reflect the new demographics of the scourge. Women are now more than 51 percent of all people living with HIV. AIDS is also the leading killer of women of reproductive age in low- and middle-income countries.

“The AIDS pandemic now has a woman’s shape,” she said. “The demographics have changed, so our responses have to change with it, or we won’t make any progress.”

Past AIDS conferences have agreed that any successful battle against HIV/AIDS must include measures to combat gender-based violence, child marriage, stigma and discrimination. They have recommended that HIV education and prevention be integrated into programs and sites where women already receive family planning, other reproductive health care and social services such as food aid.

Nevertheless, five years after women became the majority of new infections, most HIV programs still are “siloed,” or funded and operated separately from other health care, and woman-specific programs are barely funded at all. In its 2010 global report, UNAIDS found that only 46 percent of countries allocated any AIDS-related resources specifically for women’s programs.

“Conferences tend just to have huge pronouncements,” said Annah Irungu, 39, of Nairobi, Kenya, a conference speaker. She is one of the 19 women living with HIV being brought to the gathering by the coalition.

Gang-raped and left for dead in 1996, Irungu became a social worker who now chairs Teenagers Plus, a nonprofit group that assists HIV-positive children in Kariobangi, Nairobi’s second-largest slum.

“This conference should try to change what happens at the local level,” she said.

In Kenya, she added, “There is no budget, no surveys, no data and without that for women and children, trying to create an AIDS-free generation–it won’t work.”

The biennial conference is expected to draw 20,000 scientists, activists, health care experts and field workers to some 228 sessions offering “recent scientific advances in HIV treatment and biomedical prevention” in light of the fact that “we now have the potential to end the HIV epidemic,” according to the official program.

There are 71 sessions and one “women’s day” focused on issues critical to preventing and treating HIV in women, CHANGE’s Sippel said. A plenary session on women was confirmed in early July after the coalition complained.

“If we’re half the epidemic, we need more than one day at the conference,” said Sippel. “Women are not a ‘target group,’ a ‘population at risk,’ a ‘special interest’ group–we are the pandemic. A woman-dominated pandemic requires a woman-centered approach.”

Tiffany Chester, head of the local secretariat for the conference, noted that 8 of 17 plenary speakers are women, including the conference co-chair. “We worked hard to have a fair representation of all target populations throughout the sessions,” she said.

Scheduled sessions include presentations on the success of male circumcision in reducing HIV infection rates by 60 percent; the increasing use of better combination anti-retroviral drugs; successes in scaling up youth-friendly programming; and advances in drug procurement and monitoring.

All of these have limited relevance for girls and women.

Girls’ attendance at youth programs is often stigmatized because most such programs focus on young men, according to coalition documents. Circumcision programs will help women eventually by reducing the number of male partners with HIV, but women could benefit now by programs to expand the use of female condoms and family planning that are barely on the policy radar, Sippel said.

Another problem, Sippel added, is that U.S. funding for international family planning and reproductive health care has stagnated since 1995. Programs to prevent violence against women usually focus on police, lawyers, judges and health care workers. That leaves out two key elements: programs for male perpetrators and helping women build personal defenses such as financial and emotional independence.

Gender inequality remains the key driver of HIV worldwide, said Sippel. That’s because women often lack the decision-making power to seek HIV prevention, treatment and care services, or to resist child marriage, forced or unsafe sex or mandatory childbearing. Yet official recommendations for protection methods have long assumed that girls and women have choices about their sex lives and health care.

The informal coalition includes the International Community of Women Living With HIV-Global; the U.S. Positive Women’s Network; the National Black Leadership Commission on AIDS; SisterLove; the 30 for 30 Campaign; the Women’s Networking Zone at the conference; and the Women’s Collection of Washington, D.C., a city where HIV infection rates for black women “look like the rates in Kenya,” Irungu noted: 15 times the rate for white women.

Gina Brown, 46, of New Orleans, formerly homeless and addicted to drugs, is now a medical case manager who works with other homeless people at the New Orleans AIDS Task Force. She is one of the HIV-positive women who will be attending the conference courtesy of the coalition.

“We won’t get to the end of this epidemic until we have women running the programs as well as getting the medicines,” she said. “I just want to say to these people: ‘Don’t forget women.'”

Joanne Omang, a Washington writer and editor, is a former Washington Post reporter and foreign correspondent.

Would you like to Send Along a Link of This Story?
https://womensenewsp.wpengine.com/story/hivaids/120719/women-aids-conference-we-are-the-pandemic 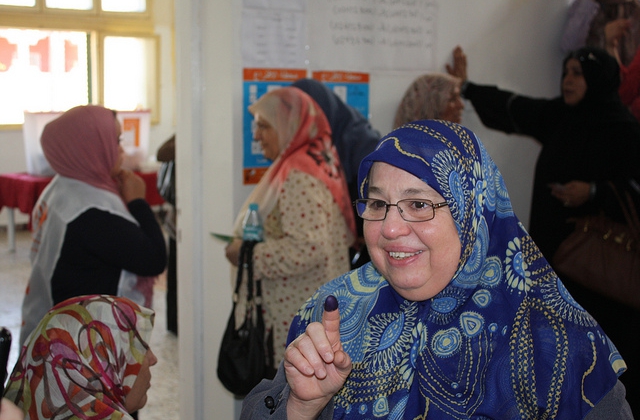 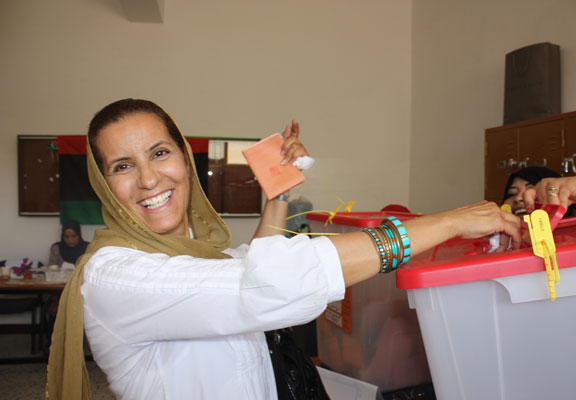