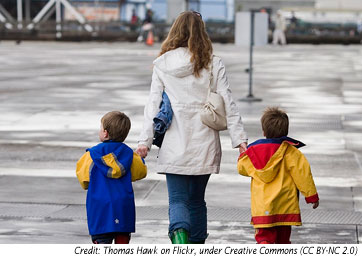 Scandinavian nations continue to dominate the annual healthy motherhood rankings by Save the Children. This year Niger came in last, just behind Afghanistan. The United States rose six spots because of girls’ access to education, not better health.

(WOMENSENEWS)–Pregnancy and motherhood can bring joy and or apprehension, medical complications and even death, depending on where one lives in the world.

That’s according to a May 8 global ranking of motherhood by Save the Children, the Westport, Conn., group that works in the United States and worldwide to improve the lives of children through food, medical care, education and more.

The United States rose six spots from 2011 to 25th place, largely due to a 10-percent increase in female enrollment in pre-kindergarten programs, as well as a one year increase in the average number of years girls spend in school. But it still lags far behind other wealthy nations in overall status of women, said Carolyn Miles, president and CEO of Save the Children.

“A woman in the U.S. is more than seven times as likely to die of a pregnancy-related cause in her lifetime than a woman in Italy or Ireland,” Miles said in a press statement. “When it comes to the number of children enrolled in preschools or the political status of women, the United States also places in the bottom 10 countries of the developed world.”

Norway took the top spot for the third straight year in “Best and Worst Places to Be a Mom,” with other Nordic countries following on its heels, according to the Save the Children ranking. Iceland, Sweden, Denmark and Finland took second, third, fifth and sixth place, respectively.

New Zealand and Australia were the only non-European countries to crack the top 10.

The report ranked 165 countries on mother’s health, education and economic status, as well as child health and nutrition.

Niger came in last, and eight of the 10 most difficult countries for mothers were in sub-Saharan Africa. In the bottom 10 nations, fewer than four girls are enrolled in school for every five boys, women take home less than 40 percent of men’s earnings and about half of births will not be attended by a skilled health professional.

Afghanistan, which for the past two years was ranked the most hazardous, rose to the second-to-last slot. Female life expectancy has increased by almost five years there, and skilled health professionals are present at 24 percent of births; still low but up from 14 percent. Yet 1-in-11 women will die from pregnancy-related causes, the highest of any country.

In 2003, the U.S. ranked much higher at 11th place in the global motherhood ranking. But in 2007, Save the Children altered its methodology by grouping countries into three tiers based on their level of development, and more developed nations are held to different standards.

For example, maternity leave may be more relevant in the U.S. than in Afghanistan, said Karin Lapping, senior director of nutrition at the organization, in a phone interview.

Maternity leave policies in the U.S. are the least generous of any wealthy nation, and women’s political status also lags. The United States maternal mortality rate, at 1-in-2,100, is the highest of industrialized nations and the fourth highest of developed nations.

The likelihood of losing a child also varies widely. In Norway, only 1-of-175 women is likely to lose a child under age 5. For the lowest ranked 10 countries, 8-in-10 likely will.

In Norway, 82 percent of women use modern birth control, compared to 73 percent in the U.S. and only a small fraction – 5 percent – in Niger.

The report points out that if a mother is impoverished, overworked, poorly educated and in poor health, she may not be able to provide for her children.

In some countries, however, the childhood and motherhood indices diverge.

For instance, among the most developed nations, Australia came in seventh in the Mothers’ Index Rank but 32nd in the Children’s Index Rank. Egypt ranked 21st for children in less developed countries but only 65th for mothers.

Sometimes these differences are methodological, said Lapping, and at other times a single indicator – for instance, women’s representation in political office, or the rate of child immunizations – will drag down one ranking without affecting the other. 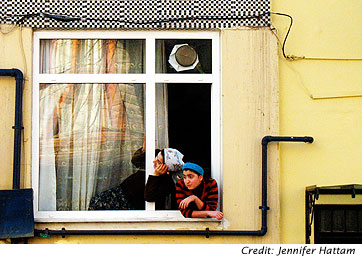 France Could Get Its 2nd Female Prime Minister