Join Me: Get Mad about Mom-Dad Pay Gap

Child-free women are getting closer to pay equity with men. But the motherhood penalty remains a serious financial hazard for many moms while fatherhood delivers a bonus to men. Where’s the outrage?

The answer varies widely and often depends on whether the women have children.

On average, women’s wages caught up with men’s on April 17, meaning there’s a 23-percent gap, or 77 cents to the male dollar.

Women in Wyoming, the lowest-ranking state, will have to wait longer for equity. Their pay gap is 36 percent, or just 64 cents on the male dollar, according to the Washington-based National Partnership for Women and Families. African American women will have to wait longer still, since they earn 62 percent. For Latinas, earning 54 percent, the wait is longer yet. In some states, women of color earn less than half as their male counterparts.

Child-free women, on the other hand, are closing in on pay equity. They make 90 cents to a man’s dollar, according to Kristin Rowe-Finkbeiner, CEO and executive director of MomsRising, an advocacy group in San Francisco.

By contrast, women with children make only 73 cents on the man’s dollar, and single mothers make about 60 cents for every dollar paid to a man, Rowe-Finkbeiner said in a recent blog post.

For women under 35, the pay gap between mothers and child-free women is actually wider than the gap between men and women, according to the Center for American Progress, a liberal think tank in Washington, D.C.

I applaud efforts to draw attention to pay inequities between men and women. An anti-discrimination law was passed nearly 50 years ago, and it’s high time we honored it. But where’s the outrage over the motherhood penalty?

Shelley Correll, associate professor of sociology at Stanford University in Palo Alto, Calif., sees bias at work here. Mothers are considered less committed to their careers and less competent than other workers, she says, which can contribute to lower salaries and employment discrimination in hiring and promotion.

She and Stephen Benard, a professor of sociology at Indiana University, have conducted groundbreaking research into the wage gap between women with and without children. They found that mothers are offered $11,000 less in starting salaries than non-mothers with equal resumes and experience. Imagine how many months of rent that would cover for all those moms and their families?

Welcome to the motherhood penalty.

The cumulative financial effects of the motherhood penalty pile up over the course of a lifetime, Benard said at a recent hearing held by the Equal Employment Opportunity Commission. Simply being a mother is a “significant risk factor for poverty,” he added.

While women suffer penalties for having children, men get a bonus.

Fathers were offered $6,000 more in starting salaries than men without children who had equal resumes and experiences, Correll and Benard found.

Meanwhile, the Government Accountability Office found that fathers were more likely than mothers to become managers in 12 out of 13 major industries.

So let me get this straight: We still do most of the hard caregiving work, and they get more pay and better jobs for it?

How’s that for fair?

Moms Must Be More Punctual

Here’s more: Women with children are–for some inexplicable reason–held to stricter standards of punctuality than women without children, Benard said. Fathers, incredibly, are actually given more leeway to arrive late to work than men without children.

Fathers are also viewed as more committed to their careers than men without children, another feather in the fatherhood cap. “It may be the case that having children leads evaluators to view men as more dependable, and women as less dependable,” Benard said.

More than 8 out of 10 women are mothers by the time they are 44 years old, and a majority of us are in the paid work force. We deserve and desperately need fair pay.

We need to band together to narrow the motherhood gap, especially during difficult economic times like these, so we can better support ourselves and our families.

“When I think about moving the gender revolution forward, part of what I think has to be done is to find better ways to not have family things limiting women’s careers,” Correll said. “We’re sort of stuck in the mud. We really need to get behind and push to move forward.”

Rowe-Finkbeiner noted in a recent blog post that “the eyes of the nation are focused on moms” on the heels of Democratic strategist Hilary Rosen’s foot-in-mouth comment about Ann Romney, a stay-at-home mother of five boys, “never worked a day in her life.”

As the mother of only two boys, I have to agree that those words were–as Rosen herself has conceded–“poorly chosen.”

Not only do some mothers deserve more equitable pay when they’re out of the house, many also need more consideration for staying home with their youngsters, particularly if they’re single parents without a partner to help handle the diapers and tantrums.

That’s why we ought to get behind a bill that would amend current law that requires mothers to work in the paid labor force to receive federal welfare subsidies. The Women’s Option to Raise Kids (WORK) Act would allow mothers to continue receiving benefits while caring for children ages 3 and under.

Would you like to Send Along a Link of This Story?
https://womensenewsp.wpengine.com/story/momagenda/120430/join-me-get-mad-about-mom-day-pay-gap

Mothers–whether paid or unpaid–work hard. Wherever we are, we don’t need penalties placed in our way.

Allison Stevens is a writer in Washington, D.C. She writes for a variety of publications and outlets, including organizations that work on behalf of women’s rights.

2 responses to “Join Me: Get Mad about Mom-Dad Pay Gap” 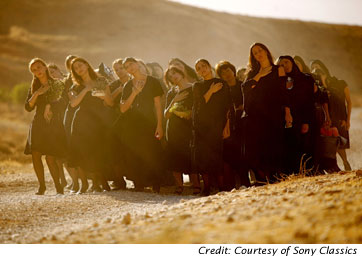