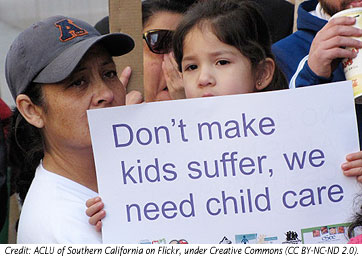 Do working parents need to be pitted against non-parental coworkers? Should they be configured into boy vs. girl teams? That’s the pernicious effect of this false diatribe against child care and family leave.

(WOMENSENEWS)–The Atlantic recently published a screed titled “Why the U.S. Economy Is Biased Against Men” by an author named Marty Nemko.

It’s a silly piece, but the trivializing and misreporting on issues of child care and family policy must be addressed.

Those issues are too important, in the context of 2012, where many wage earners are struggling to pay their bills, meet their parenting obligations and hang on to their homes.

On-site child care, Nemko charges, diverts money from all employees’ salaries and can raise the prices of a company’s products, which can cost jobs. He also says policies that give parents a little leeway–to leave work early, for example, to attend their kid’s soccer game–leave non-parents of both sexes to pick up the slack. And those non-parents, especially men, dare not raise a peep of objection lest they be dubbed sexist, which can hurt their careers.

What era is he in? Where were the Atlantic editors on this?

The reality of today’s work force, according to the Department of Labor, is that dual-earner households outnumber breadwinner-homemaker households nearly 3-to-1.

That means company-sponsored child care that allows women to work full time greatly benefits the men in their lives. Men’s incomes have been stagnant or declining for more than 20 years, so two incomes often keep families in the middle class. Women aren’t working for fun, they’re breadwinning in an increasingly harsh economy for all wage earners.

Combining the roles of work and family encourages the well-being of both men and women, as Rosalind Barnett and I concluded in our 1996 book “She Works, He Works.” (It was based on a major study of such couples funded by the National Institute of Mental Health and directed by my co-author.)

In our book, we found that women who work full time experience less anxiety and depression and better physical health than full-time homemakers, and that their husbands are more involved with caring for their children. Child care is a major ingredient of this lifestyle.

The National Child Care Information Center reports that lack of access to affordable, quality child care may make it difficult for businesses to hire qualified employees. Productive and valued employees, male and female, may leave their jobs because of child care problems, increasing hiring and training costs for employers.

“Employers are offering child care because it makes good economic sense to do so,” notes the center, which is part of the U.S. Department of Health and Human Services.

Companies surveyed reported that their child care efforts have helped their business as well as their workers: “Companies reported improved recruitment, higher retention, better morale and lower absenteeism rates as some of the benefits of their child care programs.”

Child-friendly policies benefit men, women and the bottom line. They reduce stress not only for parents, but anyone caring for a family member or a difficult personal medical problem. The Center for Law and Social Policy reports that employers offering workplace flexibility say that these practices improve their bottom line. Research bears that out, in the form of fewer absences, lower health-care costs and higher rates of worker retention.

With similar slap-dash, Nemko also strays beyond his subject of a she-ruled economy.

Turning to the mass media, he says, “The media influences how men and women are treated, and how boys perceive themselves relative to girls. Whether in commercials, sitcoms or movies, even in non-fictional media, men are disproportionately characterized as sleazebags or doofuses shown the way by wise women.”

What about the media portrayal of girls and women? A major report on girls by the American Psychological Association in 2007 found the media emphasizing young women’s sexuality “to a stunning degree.” It said, “if girls learn that behaving like sexual objects gains approval from society and from people whose opinions they respect, they may begin to ‘self-sexualize;’ in fact, to become their own worst enemies as far as achievement is concerned.”

The study found that girls’ preoccupation with appearance ties up cognitive resources, meaning girls will have less time and mental energy for other pursuits. “Girls may be learning to prioritize certain rewards (male attention) over other rewards (academic accomplishment), thus limiting their future educational and occupational opportunities,” said the report.

TV meanwhile heaps on the depictions of women as money-obsessed (“The Real Housewives of Beverly Hills,”), out-of-control floozies such as Snooki, the star of “Jersey Shore,” or sex-obsessed “Desperate Housewives.” If men get short shrift, women are arguably treated even worse.

Nemko also makes assertions that fly in the face of facts, research and data.

“In honest conversation, most people will agree that, on average, men are more often willing to do the things it takes to get promoted, for example, to make time to take advanced technical courses by forgoing recreation such as sports or shopping,” he wrote.

That contradicts his own premise of a female takeover of the economy. It also defies a study this month by the Pew Research Center that finds that young women express a higher degree of career ambition than male counterparts and earn 60 percent of master’s degrees.

So much for lazy women who won’t get training or sacrifice for their careers.

There’s more nonsense in this article, but it would take a 10-pound tome to explore all of it.

Would you like to Send Along a Link of This Story?
https://womensenewsp.wpengine.com/story/labor/120425/atlantic-runs-screed-against-working-families 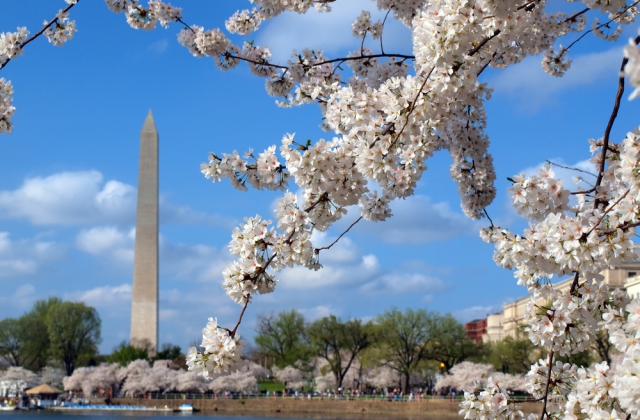