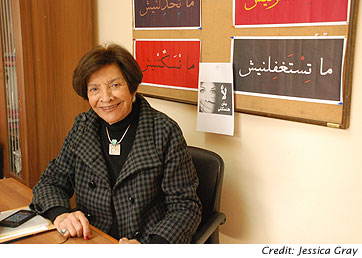 The venerable Egyptian women’s rights advocacy, the Egyptian Feminist Union, is coming back to life amid a flowering of civil-society groups. But the road ahead isn’t clear for a long-dormant organization that operated under British colonial rule.

CAIRO, Egypt (WOMENSENEWS) — Grassroots organizations have been flowering in Egypt’s first post-revolutionary year and at least one is coming back to life.

The Egyptian Feminist Union, first founded in 1923, was shuttered just shy of 30 years later by the onset of Egyptian military rule. Now, after registering as a nonprofit a month ago, it is ramping up to give women the voice they’ve been lacking for so long, organizers say.

“We have to defend whatever rights we have and we have to go forward to equality and equity,” says Hoda Badran, chair of the group, which represents a collection of nongovernmental organizations tackling women’s issues in every governorate. “Women should have a say if any public issue or decision has to be made.”

That mission has been made harder, if anything, by recent events. Before the Jan. 25 revolution, Badran says, the country counted three female cabinet ministers.

“Later the military council came and now it’s been reduced to one. So we are going backwards,” she says.

Female demonstrators in the past year have also been targeted by security forces for virginity tests, electric shock, harassment, military tribunals and open brutality during December’s most recent clashes, centered in Cairo.

Human rights groups and women’s organizations have fiercely objected but little action has been taken against the accused perpetrators.

The National Council for Women, a state-run group, has said little and been criticized for trying to monopolize the handling of women’s issues and stifling other organizations.

In 1952, Egypt’s armed forces wrested control of the country away from Britain, ending decades of colonization. To secure control of the Arab world’s largest country, Egyptian generals introduced military rule and shut down many nongovernmental organizations, including the Feminist Union. At that time, the union’s mission focused on suffrage, universal education and equality under the nation’s personal status laws.

Badran has a long history of taking up such causes. In the past, she served as president of the United Nation’s Committee on the Rights of the Child for two terms and is a member of numerous sustainable development, cultural and child protection organizations and councils in Egypt. She has two bachelors of science degrees — one in sociology from the American University in Cairo and the other in social work from Helwan University — and also serves as president of the Alliance for Arab Women, a Cairo-based organization that has operated throughout Egypt since 1987 to educate and train women on their rights.

She says Egyptian women have won some rights since the 1950s, including the right to vote in 1956. But compared to their male counterparts, they remain undereducated, underemployed, politically unorganized, underrepresented in government and experience more extreme rates of poverty.

Women make up only 1 percent of parliament’s 500 or so members. No women are in charge of running the country’s almost 30 governorates.

Badran hopes to change these trends, but knows it will not be easy since the union’s new status is still in its infancy.

Its first project focused on encouraging women to vote or run in Egypt’s first parliamentary polls, just completed, since the fall of deposed President Hosni Mubarak.

Mohamed Zaree, a program manager for the Cairo Institute for Human Rights Studies, says the recent parliament elections make it a good time to refocus on women’s issues and to bring human rights to the table.

“Now is the time for that conversation because the members of parliament are [accountable] to voters and could play an active role in the promotion of human rights,” Zaree says.

While it looks for funding, the union has been planning its activities from the Alliance for Arab Women’s office in downtown Cairo. It is set to hold a women’s forum in the next few months to gather groups and discuss its future as Egypt takes its first steps toward democracy.

Would you like to Send Along a Link of This Story?
https://womensenewsp.wpengine.com/story/equalitywomen%E2%80%99s-rights/120129/egypts-feminist-union-undergoing-reincarnation 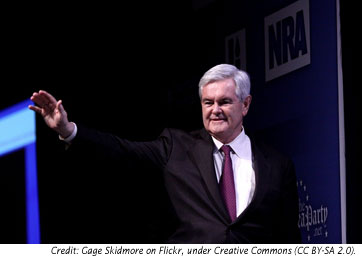 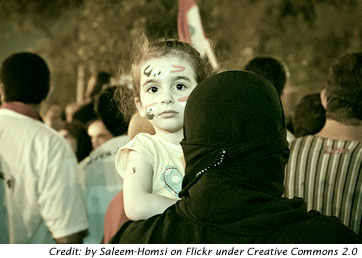