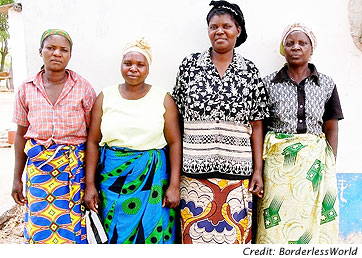 Zambia has one of the world’s worst cases of HIV, and women and girls suffer a higher rate of infection. Health activists say harmful cultural practices – such as the myth that having sex with a virgin can cure AIDS – must be targeted by prevention programmers.

She now works as a tailor and sells tomatoes, vegetables and sweets at a market near her home here in Lusaka, the capital, to support herself and her younger brother.

Mpundu says she was born with the virus that killed both her parents.

"My mother was the first to die," she says tearfully. "She died in 2008 when I was 14 years old. Then, several months later, my dad also became very ill and passed on."

She says she nursed her father, a plumber, during his illness. First she looked after him at home and then at the hospital until he died. After her parents passed away, she says she was too depressed to concentrate on schoolwork. She stopped going to school.

Because none of her relatives opened his or her doors to them, she was left to fend for her and her brother. She spends her meager income from sewing and sales at her market stand to take care of their basic needs. Mpundu is now back in school, so her earnings must also cover books and school fees.

"My brother goes to school during the day while I am sewing and selling," she says. "Then I go to school in the evening."

Health practitioners say it’s important for people living with HIV to eat a good, balanced diet. But Mpundu says she can’t always afford proper meals. Some days, she says she feels too sick to attend classes and to take care of her brother.

Female Face of the Virus

Mpundu is part of the increasingly female face of HIV in a country suffering one of the world’s highest rates of HIV infections.

Zambia, a former British colony, is a landlocked nation in southern Africa. The World Bank in 2010 named Zambia as one of the world’s fastest economically reforming countries.

Yet, the overall HIV prevalence rate here is 14 percent, with women at the forefront, according to Zambia’s most recent demographic and health survey. Women between 15 and 49 have an infection rate of 16 percent. For men in that age range, it’s 12 percent.

In comparison, South Africa’s HIV prevalence rates are 13.6 percent for women and 7.9 percent for men.

One reason Zambian women are more vulnerable to HIV is that they have difficulties controlling or negotiating sexual relations and condom use, a 2009 U.N. study found. Women also carry an extra burden as they frequently are the ones to take care of HIV-infected relatives.

Nkandu Luo, a renowned Zambian HIV and AIDS researcher and social activist, says current prevention programming is too general and misses some of the cultural pathways of the epidemic. She says misconceived beliefs – such as thinking that having sex with a virgin can cure AIDS – must be targeted.

Involving Women in the Design

Viola Morgan, Zambia country director of the United Nations Development Program, says future programming must go beyond teaching girls and women about HIV. Girls and women, she says, must start helping to design HIV-prevention programming so their own needs can be known and met.

Luo and Morgan both spoke at Zambia’s first HIV-prevention convention for women, held in August in Lusaka.

Many here hope that President Michael Sata, who took office at the end of September, will accelerate the country’s anti-HIV programs. At the convention, Sata released a statement saying that HIV threatened the economic success of Zambia and that the nation needed to make HIV prevention, palliative care and treatment a priority. He added that the government was determined to increase budgetary allocations to the health sector and assured the nation that anti-retroviral drugs would be in stock.

Clementine Mumba, executive secretary for a network of antiretroviral drug users, says she has lived with HIV since December 1998.

"I took myself to the hospital when I suffered from TB and, even then, I was looking healthy and fit to move on my own and have maintained this," Mumba says. "Once in a while, I get some flu, coughs, chest pains, but I have never suffered from malaria since 1998."

She wants the government and other institutions involved in HIV prevention to start supplying women and children with food supplements, as most female-headed households in Zambia have inadequate food.

Mumba also argues that the long lines at the treatment centers must end.

"We spend half a day or the whole day at the clinic each time we go for reviews or refills," she says.

Would you like to Send Along a Link of This Story?
https://womensenewsp.wpengine.com/story/hivaids/111204/zambias-women-carry-load-high-hiv-rates 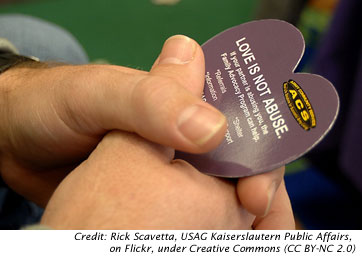 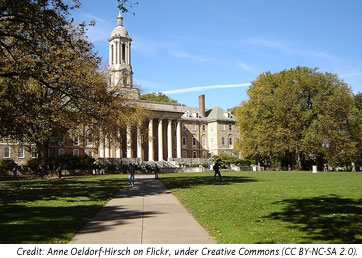