Go Streep! Star Battles for Museum of Our Own

Vaulted ceilings are all around Washington, well-stocked with information about our forefathers. What about our foremothers? Allison Stevens gives a shout out for Meryl Streep and bricks and mortar for the National Women’s History Museum.

WASHINGTON (WOMENSENEWS)–From our home here on Capitol Hill, near the U.S. Capitol building and the National Mall, my family and I hit the museums often.

We can take our pick of subjects to survey, from archeology to zoology, with Asian art, the postal service, space travel, spies and crime–to name but a few–in between. History was written by men, so the focus in these museums is on our forefathers, especially in the Capitol building, peopled as it is with images of the landed (male) gentry.

But there’s no building here with vaulted ceilings and high-tech gadgetry to tell the story of our foremothers, the billions of women who carried, delivered and nurtured humanity–and accomplished lots of other things (like leading Egypt, discovering radium and inventing disposable diapers) along the way.

There is a nearby house and museum dedicated to the suffrage movement. And at the National Museum of American History I can learn all about the intimate design details of our first ladies’ dresses, as well as see the sparkle of Judy Garland’s ruby red slippers and walk through a representation of Julia Child’s kitchen at this Smithsonian Institution.

But the only exhibit about mothers I’ve ever toured has been on my computer. This virtual exhibit features stories about contemporary moms and includes a short video about some modern-day accomplishments.

The exhibit is supported by the National Women’s History Museum, a museum that (unfortunately and incredibly) still exists only online.

Meryl Streep is trying to change that.

As the national spokesperson for the museum, the film star is working with allies to win congressional approval for a brick-and-mortar building adjacent to the National Mall, a case she made on Dec. 17 in a segment on "60 Minutes."

It shouldn’t be a tough sell, even in trying economic times like these. The legislation doesn’t ask the taxpayer for a single cent. It simply asks Congress for permission to purchase a building on federal property; the museum itself will be funded by private donations.

If Congress can give this kind of permission to so many other groups, then surely it can do the same for more than half the country’s population.

The legislation, however, has gotten stuck in the proverbial political muck.

In the last congressional session, supporters say the legislation was held up by religious conservatives because the museum features–among profiles of hundreds of other women–a profile of Margaret Sanger, who championed birth control as a basic human right and founded Planned Parenthood.

Streep–who portrays Margaret Thatcher in "Iron Lady," a film opening later this month–is fighting back with an iron fist. She has already donated $1 million to help build the museum and is reportedly donating a portion of her paycheck from her latest film to the campaign.

She is also finding ways to leverage her star power. She would only agree to appear on the January cover of Vogue (an accomplishment in itself for a 62-year-old woman) if editors agreed to feature the museum campaign and its key supporters in the magazine.

I want my kids to know that motherhood is hard labor–pun very much intended–even though it is certainly not considered, or compensated, as such.

How else to explain the (oxymoronic) comment a friend of mine made a few years ago when he said, "I would totally be a stay-at-home dad. I like leisure!"

I almost did a spit-take. My job as a mother has meant lugging a baby, a toddler, a double stroller and a diaper bag up a flight of stairs every day for a year. If I’d known this ahead of time, I would have started bench pressing in my teens.

If motherhood were defined as work rather than a privilege, it would merit recognition in our nation’s museums, classrooms and media. That would elevate the conception of motherhood, and of womanhood, in the cultural mindset. And that may eventually lead to the kind of real and lasting political and social change that could improve the often challenging lives of today’s women and mothers.

As Abraham Lincoln once said (a quote I picked up at the Women’s History Museum): "All that I am, or hope to be, I owe to my angel mother."

In at least the most basic, biological sense, and often in so many other ways, we all owe that to our mothers. Let’s build the place to tell them–and ourselves, as individuals and as a society–that powerful truth.

Would you like to Send Along a Link of This Story?
https://womensenewsp.wpengine.com/story/momagenda/111221/go-streep-star-battles-museum-our-own

Allison Stevens covers women’s and health issues for a variety of groups and publications.

One response to “Go Streep! Star Battles for Museum of Our Own” 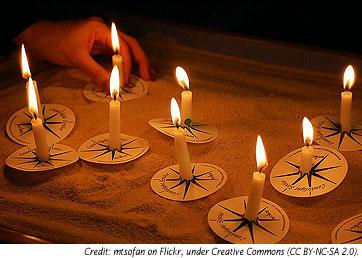 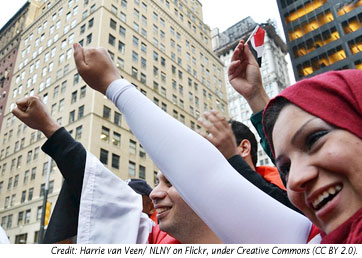