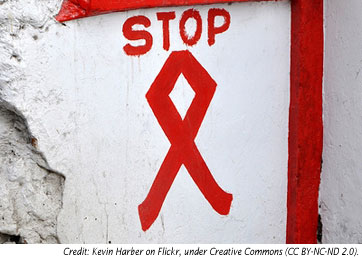 After decades of research, vaginal microbicides that prevent HIV infection are on the horizon. To fulfill their medical promise, a Rhode Island researcher says users’ sexual pleasure must be considered.

PROVIDENCE, Rhode, Island (WOMENSENEWS)–Participants in Kate Morrow’s recent study may not have felt like they were fighting the global HIV epidemic.

In fact, what they were literally feeling were gels of various consistencies inside their vaginas.

The women in Morrow’s Project LINK answered questions after handling the gels, inserting them vaginally, walking around and simulating intercourse with a fake phallus. Did the gel leak out? Did it inhibit the experience . . . or did they actually enjoy it?

Morrow has developed a set of scales to show the range of sensations and experiences women reported. Her goal now is to connect those sensations to data about which gels women would use to prevent HIV. Do they prefer gels that are smooth, thin or thick like hair gel? The answers to those questions could help lead to a microbicide that women will tolerate–and perhaps even enjoy.

For decades, women’s health advocates have known that women need a way to protect themselves from HIV that is not dependent on a male partner. Vaginal microbicide gels are among an array of options–including pills, rectal microbicides and vaginal rings–that may one day help. Advocates hope microbicides could even be combined with birth control and help prevent other sexually-transmitted illnesses.

That call is urgent today, with women worldwide making up just over half of new HIV infections among people over 15 in 2009, according to the most recent data from UNAIDS.

In the United States, 23 percent of people newly infected with HIV in 2009 were women. Black women were disproportionately affected, becoming infected at 15 times the rate of white women, and more than three times that of Hispanic/Latina women, according to the Centers for Disease Control and Prevention.

In sub-Saharan Africa, 60 percent of people living with HIV are women and girls, and young women ages 15-24 are as many as eight times more likely to be HIV positive than men, according to UNAIDS. Of those living with HIV worldwide in 2009, 34 percent lived in 10 countries in southern Africa.

Researchers knew when they began creating microbicide gels that women could insert vaginally to prevent HIV that acceptability was a key question. If women weren’t willing to use them, the products wouldn’t work.

So Morrow, a staff psychologist at the Miriam Hospital here and an associate professor of research at the Alpert Medical School of Brown University, has been studying the nitty-gritty aspects of acceptability.

Funded by a grant from the National Institutes of Health, Project LINK began in 2006 and has examined about 350 women’s experiences of vaginal gels–none of which actually contained drugs. Data collection is complete and Morrow hopes to have results in the next year.

Those results could help determine what properties would make women willing–or even eager–to use a vaginal microbicide.

But there is no simple answer. Women’s responses to the gel could depend on how old they are, where they are in their menstrual cycles or whether they are bothered by things like leakage and stickiness.

"How do I make this product feel good enough–or not feel like anything–such that women can use it without interrupting their normal day-to-day sexual lives? Or could it actually make their sexual lives better?" asked Morrow.

Anna Forbes is former deputy director of the Global Campaign for Microbicides, an advocacy group with staff in Washington, D.C., South Africa, Zambia and Kenya. She said that understanding sexual pleasure is integral to public health because it affects real-world behavior, such as the refusal of some men to wear condoms.

"If you don’t talk about what people do for pleasure and what people do sexually, you’re cutting off your nose to spite your face in terms of HIV prevention," said Forbes.

For microbicides to catch on in a big way, Forbes said researchers may also have to persuade pharmaceutical companies–so far hesitant to invest–that microbicides are profitable. That could mean showing that U.S. women are willing to use microbicides–and pay for them.

Last year, researchers revealed that a vaginal gel containing the antiretroviral drug tenofovir reduced HIV incidence by 39 percent among women in South Africa who received it, compared to a placebo group. This CAPRISA 004 study was the first time researchers had shown a vaginal gel could reduce the spread of HIV. The gel also proved 51 percent effective in reducing the spread of genital herpes (HSV-2), which has been linked to a higher risk of HIV infection.

Women in the study were asked to insert the gel up to 12 hours before sex and as soon as possible within 12 hours after sex. The gel was more effective the more often it was used. Women who used it more than 80 percent of the time experienced a 54 percent reduction in HIV infection, versus 28 percent for women who used it less than half the time.

Male partners might be unaware, accepting or even excited about the product–in any case, their experiences must be considered, said Morrow. While some women might discuss microbicide use with a partner, others might not be able to do so.

Morrow began another National Institutes of Health-funded study, Project MIST, in 2011 to examine how heterosexual couples experience vaginal products. She hopes to collect data from 24 couples by the end of the year.

Participants in both studies have received compensation.

In multi-site studies, women’s excitement over vaginal products has varied, depending on how real HIV is in their lives, Morrow said; the higher the sense of risk, the greater the motivation to try a vaginal gel.

While gel preferences may vary from place to place, the opinions of women in the United States who feel less at risk for HIV could help researchers develop optimum products for women in parts of the world where the disease risk is highest.

It could take years for a microbicide to become publicly available, but Morrow is dreaming of the day when her data might be an important part of the global anti-HIV solution.

"Can you imagine, 15 years from now, there’s some big New York Times headline that says the incidence for HIV in South Africa has dropped by 50 percent thanks to X, Y and Z microbicides, and you can sit here in little old Providence, Rhode Island, and say I was a part of that?" she said.

Would you like to Send Along a Link of This Story?
https://womensenewsp.wpengine.com/story/hivaids/110906/sexual-pleasure-called-key-hiv-gel-efficacy

Amy Littlefield is a freelance reporter and founder of The Provider Project: Stories from the Abortion-Providing Community, online at theproviderproject.org. She lives in Providence, Rhode Island. 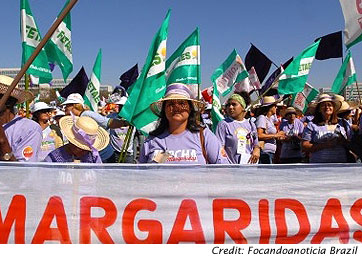 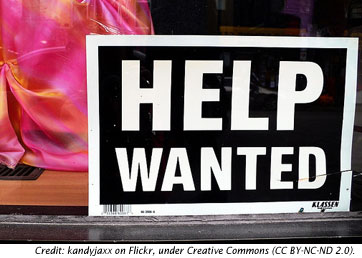