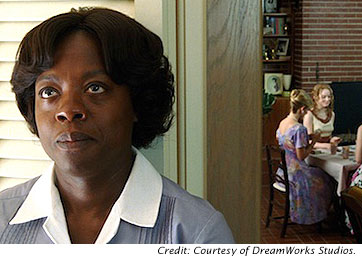 “The Help” has stirred controversy in its portrayal of domestic workers during the civil rights-era in the South. But it’s also stoked interest in the California Domestic Workers Bill of Rights, which New York State passed last year.

(WOMENSENEWS)–Over the past week, moviegoers have been flocking to see "The Help," a story of domestic workers struggling for dignity and respect in civil rights-era Mississippi.

What those viewers might be surprised to learn is that all across the United States, today’s domestic workers are still living out that struggle a half-century later.

"The Help" has provoked its share of controversy. It’s based on a book by Kathryn Stockett, a white woman who wrote from the perspective of African American characters using dialect. The film’s African American actresses bring dignity and sensitivity to their roles, but even so, some feel that the characterization is too close to the ugly old racial stereotypes of the past.

These criticisms are important ones. But for many of today’s domestic workers, "The Help" has been a breath of fresh air. Hollywood has never before put domestic workers of color at the center of a major motion picture. And domestic workers who have attended recent screenings together with their sisters have learned an important lesson: even when a film is less than perfect, good things can happen when the stories of those who are usually invisible move to the center of the screen.

Despite its imperfections, "The Help" has provided an entry point for employers, workers and everyday people alike to engage in discussions around the current conditions and experiences of today’s help.

After one screening of "The Help" in San Francisco, a 19-year-old woman named Karina, who has been a domestic worker for four years, addressed the audience. She spoke passionately about the vulnerability of today’s domestic workers, who often face deeply exploitative conditions, unpaid wages, a lack of overtime and paid vacation or even physical and emotional abuse.

Karina’s testimony brought some in the audience to tears. One viewer approached her afterward to say that watching "The Help," and then listening to Karina, had motivated her to extend job benefits to the woman she recently hired to clean her home.

Other powerful moments occurred at a series of group viewings during the movie’s Aug. 10 premiere, which were organized by Hand in Hand: The Domestic Employers Association. At theaters in San Francisco and the East Bay, employers and organizers talked with viewers about how the experiences of black domestic workers in the South resonate with the many immigrant women of color who work as nannies, housecleaners and personal care attendants today.

One woman at the Grand Lake Theatre in Oakland recounted her memory of growing up as a black woman in the South. For her, the movie was a powerful story of the struggle for workers’ rights. It opened her up to listen to the current struggle in California for a Domestic Workers Bill of Rights, which New York State passed last year after six years of organizing and effort by local domestic workers. As she left, the woman took postcards about the bill to share with friends and family.

Another woman, an employer of a nanny and housecleaner, stayed to talk with domestic workers in the theater for nearly 20 minutes after the screening. She said she was shocked to learn that much of the abuse and exploitation portrayed in "The Help" continued today, and happily signed a petition in support of the Bill of Rights campaign.

Many people leaving the viewings commented on the strong personal and emotional resonance they’d felt while watching the film.

This kind of connection and these discussions help drive home why we need a California Domestic Workers Bill of Rights, and why all of America needs to grant domestic workers labor protections.

When Franklin Delano Roosevelt signed the National Labor Relations Act in 1935–the law that provides basic labor protections to most workers–domestic workers were left out. At the time, domestic workers were overwhelmingly African American women. Southern senators refused to allow the passage of the act unless it left them out.

Today, domestic workers are still predominantly women of color, often immigrants. The vulnerability they face hasn’t changed. Nor has their lack of legal protections.

The California Domestic Workers Bill of Rights would help change that. The bill, which passed the California State Assembly on June 2, would provide domestic workers with the basic rights that the heroines of "The Help" went without, such as overtime, meal time, rest breaks and access to kitchen facilities.

Whatever the film gets wrong, it has offered more than just a fictionalized glimpse of the past. It provides a window into the vulnerabilities of hundreds of thousands of today’s domestic workers, the workers who make all other work possible.

It also reminds us that we have the power to change things.

Would you like to Send Along a Link of This Story?
https://womensenewsp.wpengine.com/story/equal-payfair-wage/110818/times-havent-changed-the-help-today

"An Open Statement to the Fans of The Help," Association of Black Women Historians:
http://www.abwh.org/index.php?option=com_content&view=article&id=2:open-statement-the-help&catid=1:latest-news

"This is why I worry about "The Help," What Tami Said:
http://www.whattamisaid.com/2011/08/this-is-why-i-worry-about-help.html

"Judge throws out suit against ‘The Help’ author," ABC:
http://abclocal.go.com/kabc/story?section=news/entertainment&id=8311712 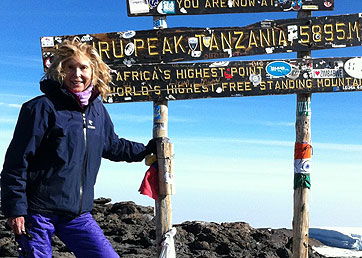