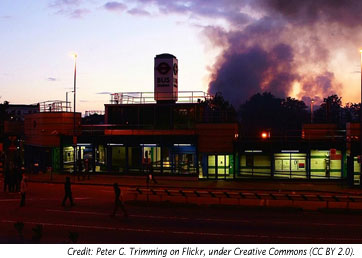 Rough Week for ‘Stox,’ Riots and Even My Junk Mail

The riots in England, the S and P downgrade and the volatility of financial markets made it a shocking week. What didn’t help: The thought of Elizabeth Warren no longer in Washington fighting for the middle class.

(WOMENSENEWS)–The contents of my mailbox one day this week looked beaten.

The batch of envelopes–usually nesting at a neat upright slant–resisted my effort to remove them with one quick grab. Each bent-and-battered item was like an individual protest jumping out of forced crowding and confinement.

My first thought was about the person who delivered that mail. Having a hard day?

Take your pick of U.S. problems–unemployment, deficit super-committees, social service cuts, high prices for gasoline and food, health care cuts, overseas wars, volatile stock prices–and chances are someone around you is probably suffering the side effects. Maybe my postal person had a Verizon worker in the family who was now on strike. Or maybe a family member is in Afghanistan.

When I got down to looking at that day’s mail, I found the anger of each damaged-looking object somehow enter my own bloodstream.

One item was from Chase Bank, the credit card and U.S. retail banking face of the multinational JPMorgan Chase. I’d shut down my little checking account a few months ago and didn’t want to hear any more from that particular financial juggernaut.

Despite the bank’s far deeper pockets than my own, it had started dinging me with fees every time I went into checking overdraft. I was already paying a healthy interest rate on my credit line–wasn’t that enough?

Elizabeth Warren, where are you? Oh right. Her Consumer Financial Protection Bureau is mainly focused on illuminating the tricks and traps of credit cards and mortgages. Not checking accounts.

And she’ll have a hard time even doing that any more. Last week–instead of being named to run the new agency she has worked tirelessly to build–President Barack Obama sent her packing from Washington. It’s seems like a real loss not to have Warren–a wise woman of the people–still in the capital.

The second crumpled mail item I inspected was from AARP, another downer in a different way. The huge PAC for older Americans made me think about deficit-hawkers’ attacks on Medicare and Social Security, both programs upon which women disproportionately depend. Hands off!

The third envelope was from my retirement fund, providing an update of where things stood. I didn’t open it. This, after all, was the week when Standard and Poor’s downgraded U.S. debt, the Federal Reserve projected long-term weakness in the U.S. economy and investors the world over worried about European countries’ solvency. All that meant you had to keep up with your retirement fund second-to-second. Nothing that arrived by snail mail would mean anything.

"Crazy stox, like a hooker’s drawers, up, down, up." That’s how New York Post headline writers chose to characterize the scene this week. Stocks might be crazy but that sexist headline was even crazier. Some of those words were printed across the legs of young woman shown in the cover shot inhaling cigarette smoke and doing her best to look like film-noire vamp. What kind of newspaper puts out a front page like that?

One of our summer interns told us a man on her subway ride that morning had folded over his front page, apparently embarrassed by it. Taking matters into her own hands, our intern called up the Rupert Murdoch-owned New York Post and lodged a complaint.

I could only think the New York tabloid was envious about its cousin over in London getting all that phone-hacking attention. All tabs need attention, after all. Even if it’s the kind that turns you into a joke for Comedy Central’s Stephen Colbert.

Anyway, there I was this week, with all that ugly mail tossed out.

Small satisfaction; given the torrent of ugly news flowing from almost every conceivable corner.

The story that many of us in the office were focused on this week was the riots in England. We can’t see the gender-impact of these events quite yet, but we’re looking.

One BBC TV film clip of a hooded young man smashing a flat-screened TV outside a looted store just might seize my memory as the sour image of summer 2011. I don’t favor ransacking small shopkeepers or terrorizing and killing people who are trying to stand up for their communities. Who could?

But I do favor asking how we, as societies and mass-media marketers and broadcasters, can keep bombarding people suffering through a long hard recession with images of luxury goods and celebrity lifestyles and not expect some really bad behavior to erupt. To think otherwise is to harbor an inner Hosni Mubarak.

Meanwhile, people who are suffering what turns out to be the shockingly long stretches of unemployment make those of us who still have incomes look lucky.

In June, the average length of unemployment in the United States reached almost 40 weeks. That’s the longest since the Labor Department started keeping track in 1948, according to The New York Times.

Compared to people suffering through that, concerns about the long-term viability of Medicare and Social Security remain just long term, at least for right now.

Whatever the rights and wrongs and deeper implications and consequences of England’s riots, it’s impossible not to see them as a reminder of the bad employment scene confronting young people everywhere, from Cairo to New York.

And that’s affecting plenty of young women. One of our summer interns is about to head back to college for her senior year. She told me over lunch this week that she would normally be feeling "stoked" about starting her working life after she graduates next spring. But right now all she sees in her future is uncertainty.

Would you like to Send Along a Link of This Story?
https://womensenewsp.wpengine.com/story/economyeconomic-policy/110812/rough-week-stox-riots-and-even-my-junk-mail 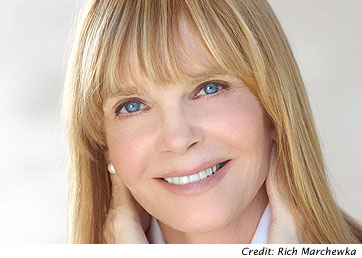 As the Red Carpet Rolled Out, Arthritis Stepped In