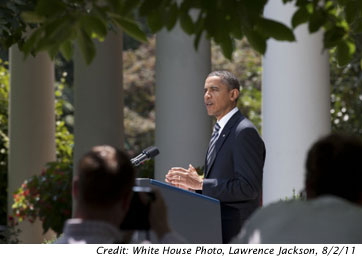 Medicaid, Medicare and Social Security were spared immediate cuts in this week’s deal to raise the government’s borrowing limit. But long-term threats are seen to the programs women disproportionately depend on.

"Republicans in Congress have made a clear choice: They are standing with millionaires and billionaires rather than with average Americans who depend on Social Security, Medicare and Medicaid," said Nancy Altman, co-chair of the Strengthen Social Security Campaign, in press statement on Aug. 2, the day lawmakers raised the limit on government borrowing by $400 billion immediately and planned another $500 billion increase by February.

Altman supported Democrats’ arguments that more revenue should be raised through higher taxes on the country’s wealthiest people rather than reducing program costs to lower the country’s federal deficit of over $14 trillion.

Currently, the highest earners in the United States pay an income tax rate of 35 percent compared to a peak of 94 percent in 1945, according to records from the Tax Foundation.

Many women’s advocates agree that the federal deficit must be reduced and the budget should be balanced.

But not Susan Feiner, director of women’s studies and a professor of economics at the University of Southern Maine in Portland and a columnist for Women’s eNews.

In a phone interview this week Feiner said the debt-crisis atmosphere was artificial. She said a balanced-budget amendment–requiring government tax revenue and expenses to be equal–would be a recipe for economic disaster.

If the national income starts to fall, pulling tax receipts with it, government spending typically brakes the downturn and helps to prop up private sector spending by households and firms. A balanced budget would create a permanent recession, Feiner said.

Entitlements Spared in Round No. 1

But reductions in all or some of those programs are widely expected to be some part of the long-term bargain of the bill.

These programs represent about 41 percent of the total federal budget, according to the Washington-based Center on Budget and Policy Priorities.

The average monthly Social Security check for a woman is $1,000, and most times that is her only source of income, Cynthia Hess, study director of the Institute for Women’s Policy Research, based in Washington, D.C., said in a phone interview.

Medicare–the public health care program for the disabled and elderly–covers 70 percent of costs for nursing homes and programs for the disabled. A majority of those recipients are women, said Hess.

Entitlement cuts are widely feared in the second round when a 12-member bipartisan "super committee" of lawmakers is charged with proposing a package by late November that would reduce the deficit by between $1.2 trillion and $1.5 trillion through a combination of spending cuts and revenue increases, such as tax hikes or ending tax breaks.

The committee’s plan will sink or swim in Congress, with no input from other lawmakers. If a package can’t be approved automatic cuts would start taking effect in 2013.

Some of those automatic cuts would land on Medicare, said Gwendolyn Mink, co-editor of the two-volume "Poverty in the United States: An Encyclopedia of History, Politics and Policy," in an Aug. 1 release by The Institute for Public Accuracy.

First Round Cuts of $900 Billion

The first round of $900 billion cuts spread over six months were offered to Republicans in a bargain for raising the borrowing limit and averting a federal default.

These first-round cuts will target so-called discretionary federal spending, which includes the military budget, estimated at $700 billion in 2011 by the Office of Management and Budget in Washington.

These are programs that overwhelmingly employ and serve women, especially women of color, The National Organization for Women said in an Aug. 1 statement condemning the vote.

Danielle Ewen, director of child care and early education policy expertise at the Washington-based Center for Law and Social Policy, was among those who criticized the bill’s lack of attention to unemployment or job creation.

Ewen’s anti-poverty organization is focused on developing job opportunities for low-income families so children grow up in stable homes with employed parents. "You can’t do that by cutting back on the supports families need to get the credentials they need to survive in this economy," said Ewen.

Medicaid, the federal program providing health care coverage for low-income Americans, is protected both from first-round cuts and from automatic cuts, but the bill does allow the super-committee to make cuts there.

Fifty-four percent of non-elderly Medicaid recipients are women, according to a 2009 study by the Kaiser Family Foundation.

Cuts to Medicaid would make eligibility rules more strict and reduce access to services for recipients, said an Aug. 1 report by the National Women’s Law Center.

Deep Medicaid cuts could bite into the 2014 phase of the Affordable Care Act, or health reform, which is expected to extend Medicaid coverage to 50 percent of the 19 million Americans currently uninsured. Cuts to Medicaid funding could disrupt that.

Joan Entmacher, vice president and director of family economic security at the National Women’s Law Center, criticized the deal for not raising taxes on the wealthiest Americans.

"When it comes to the people with the greatest ability to pay . . . there’s no sacrifice in this deal. Hedge fund managers come out just fine," she said.

Would you like to Send Along a Link of This Story?
https://womensenewsp.wpengine.com/story/economyeconomic-policy/110804/debt-ceiling-bill-called-bad-business-women

One response to “Debt-Ceiling Bill Called Bad Business for Women” 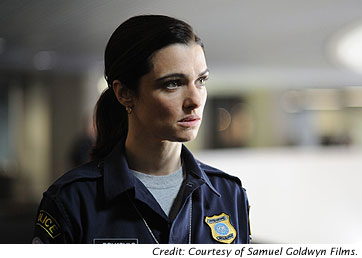