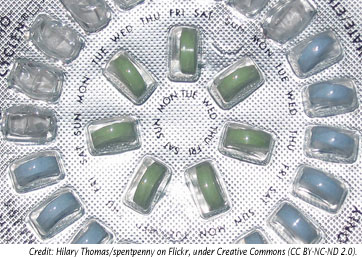 (WOMENSENEWS)–Anti-choice politicians in a slew of states–including North Carolina, Indiana, Nebraska and Kansas–are putting forth an energetic effort to block federal funding for Planned Parenthood clinics. As a result, many women are losing access to birth control.

By 2014, however, the federal rules for health insurance providers may dramatically increase the availability and affordability of birth control, especially for those who earn too much for Medicaid and do not have private insurance.

But in the meantime, New Jersey is already showing the extent to which state legislation can hinder low-income and uninsured women’s access to birth control services.

One year ago, under anti-choice Gov. Chris Christy, the state eliminated $7.5 million in family planning from its budget, according to an April 2011 study by New Jersey Planned Parenthood.

During budget hearings, representatives of New Jersey Planned Parenthood said in testimonies, posted on the group’s site, that they were seeing more patients in their 40s and 50s–not their usual demographic–with no other source of health care and no insurance, due to layoffs and factors such as the economic downturn.

Since then, New Jersey Planned Parenthood’s site reports six of their clinics have closed. The group predicts 35,000 fewer patients will be served in 2011, a significant drop from the 131,000 patients served in 2010. Others will have to pay more out-of-pocket fees for services, including birth control.

The remaining 52 New Jersey clinics have cut back on hours and fired staff, creating bottlenecks. The wait time for a new patient routine exam in the Shrewsbury clinic, for example, has risen to two weeks from three days.

Planned Parenthood is one of the only family planning organizations in New Jersey to offer walk-in hours, especially for pregnancy tests, and it has cut back on those as well, Michele Jaker, executive director of New Jersey Planned Parenthood affiliates, said in a phone interview.

Hope on the Horizon

For women’s health advocates, the events in New Jersey and other states would appear to signal a major defeat if one thing didn’t loom on the horizon: the Affordable Care Act, which takes effect Jan. 1, 2014.

Under health reform, access to affordable birth control should increase considerably when the law expands eligibility for Medicaid, allowing more low-income women who are currently uninsured to obtain birth-control coverage.

Another glimmer of hope for improved access in 2014 came on July 20, when the Institute of Medicine (IOM), a branch of the National Academy of Science charged with updating the list of preventive health measures for women for health reform, recommended including birth control on the list.

"The IOM recommendation confirms that prescription birth control, along with other key health care services, such as annual exams and HIV screening and counseling, are critical preventive services that improve the health of communities across the country," said Dr. Vanessa Cullins, vice president for medical affairs at Planned Parenthood Federation of America, in a press statement.

Secretary of the Department of Health and Human Services Kathleen Sebelius is expected to respond to the recommendations tomorrow.

The Institute of Medicine report defines preventive medicine as improving well-being or decreasing the likelihood of a targeted disease or condition. When a treatment, therapy or test is deemed preventive, it joins a list that is covered, meaning it does not require co-payments.

If Sebelius heeds the institute’s advice, qualifying birth control as a preventive health measure, it would mean women with private insurance plans would no longer have co-pays for birth control.

The pill, a daily hormone dose that prevents pregnancy, costs between $15 and $50 monthly. Hormone injections every three months cost between $35 and $75 each.

A vaginal ring, renewed every three months, costs about $15-$75 a month, while an IUD, or intrauterine device, lasts up to 12 years but the initial cost is anywhere from $500 to $1,000. The IUD is the most cost-effective long-term and (non-permanent) form of birth control on the market, according to Planned Parenthood.

Women with private insurance plans usually have some portion of the cost of birth control covered and take care of the co-pay themselves.

If they qualify for Medicaid–meaning their income is at or below the poverty line in their state–the public insurance program covers the cost.

Women who don’t qualify for Medicaid but are still unable to afford birth control can access it from federally funded health clinics at reduced prices, but still must make up the difference themselves. These women are hit particularly hard by the political attacks on federal funding for Planned Parenthood clinics.

North Carolina just blocked all Title X funding, the only federal grant program dedicated to family planning and reproductive health services, to Planned Parenthood. This marks the first time a state has singled out an organization and prevented it from applying for federal funds, Janet Colm, CEO and president of Planned Parenthood of Central North Carolina, told the Associated Press July 7.

As of that date, Planned Parenthood of North Carolina stood to lose $212,000. The agency received $287,000 in federal funding the previous fiscal year. Seventy percent of their clientele are uninsured.

Colm said Planned Parenthood North Carolina would attempt to raise private funds to cover their services until September, when she predicted having to close at least one clinic.

Congress appropriates funding for Title X, which was enacted in 1970 by President Richard Nixon, in annual budget negotiations. Federal agencies then award grants to service providers.

Ninety percent of the $317 million appropriated in 2010 went to clinical family planning services, including birth control, according to the Web site of the Office of Population Affairs, a division of the Department of Health and Human Services. Priority is given to low-income or uninsured women and men who would otherwise have no access to health care.

Since 1976 Title X money, under the Hyde Amendment, has not been allowed to cover abortion services. Planned Parenthood has repeatedly said the abortion services it provides have nothing to do with that funding.

It has also said that 35 percent of their services in 2009 were for contraception (different forms of birth control), with abortions making up only 3 percent.

Anti-choice politicians, however, object to any Title X funds going to Planned Parenthood, since the group does provide abortions, albeit with private funds.

As family planning advocates work to hold their ground, real questions remain about access to birth control for the women who need it.

Would you like to Send Along a Link of This Story?
https://womensenewsp.wpengine.com/story/reproductive-health/110729/birth-control-roadblock-just-might-clear-in-2014 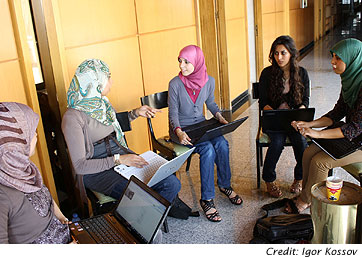 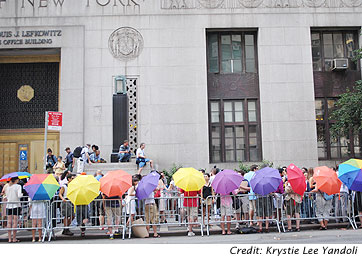