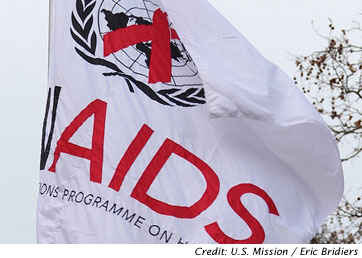 AIDS will cross a 30-year mark in the United States tomorrow with the CDC warning against any false sense of safety. Its director says most infections are among those under 30, “who may not fully understand the health threat.”

(WOMENSENEWS)–As we mark the 30th anniversary of the first U.S. published reports of AIDS this weekend, the Centers for Disease Control and Prevention warns against complacency in the face of a scourge that afflicts over a million Americans.

"Thirty years later, the sense of crisis has waned, but our resolve to end the epidemic simply cannot," the CDC’s director, Dr. Tom Frieden, said in a June 2 press statement.

Most infections are now among people under 30, Frieden says, describing that group as "a new generation that has never known a time without effective HIV treatments and who may not fully understand the significant health threat HIV poses."

Men who have sex with other men are disproportionately affected–they’re 2 percent of the population, according to the CDC, but more than half of all new infections in the U.S.

The days of this being a man’s disease, however, are long gone and women are increasingly at risk.

For black women, the danger is pronounced, with rates of transmission nearly 15 times as high as that of white women, and nearly four times that of Hispanic women, according to the governmental health authority.

The disease has claimed 500,000 American lives and millions worldwide, according to the CDC.

Currently, more than 1.1 million people in the United States live with HIV.  That large number is a tribute to medication that allows those with HIV to live longer, but Frieden warns that as this number increases, so does the risk of HIV transmission.

"Far too many Americans underestimate their risk of infection or believe HIV is no longer a serious health threat, but they must understand that HIV remains an incurable infection. We must increase our resolve to end this epidemic," he said in the statement.

The CDC says it is ramping up prevention efforts. In conjunction with other government agencies it is implementing 12 demonstration projects in hard-hit areas across the country.

"More people know their HIV status and protect others from infection," Frieden said.

A pill containing drugs to treat HIV is being actively researched as a means of prevention for high-risk groups, and in November 2010 the CDC said the findings of a large study raised hope of the pill’s effectiveness in men.

Would you like to Send Along a Link of This Story?
https://womensenewsp.wpengine.com/story/hivaids/110603/aids-at-30-holds-special-peril-under-30s

To find an HIV testing site in your local area:
http://www.HIVTest.org 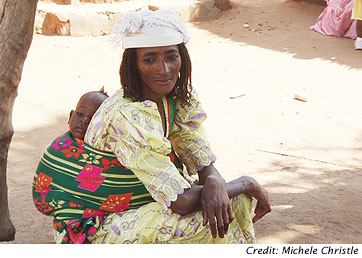