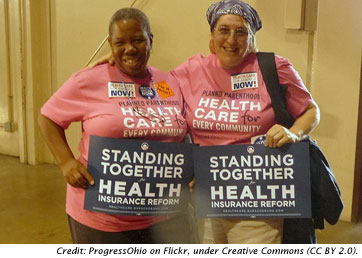 Some Medicare co-payments will disappear, but vision, dental and hearing bills are still out-of-pocket. That’s part of today’s analysis of the Affordable Care Act by the Older Women’s League, offered as a gift to caregivers in time for Mother’s Day.

(WOMENSENEWS)–Health reform offers a step forward for 74 million women over the age of 40, but it’s not the solution.

That’s the basic finding of a report about the Affordable Care Act released today by the Older Women’s League, a longtime advocate for a single-payer or universal health care system, such as those found in Canada and Great Britain.

The group, known as OWL, is releasing the report in time for Mother’s Day.

In her introductory message OWL’s president Margaret Hellie Huyck notes that mothering often means giving unpaid care to family members and suffering an erosion of financial security in the process.

"The social system needs to support them and make sure their own health does not suffer by providing universal, affordable and high-quality health care," she said in the report.

One of the big gains promised by health reform–most of which starts taking effect in 2014–will be complete coverage of preventive health services, without the 20 percent co-payments required by Medicare. OWL reported that currently half of Medicare beneficiaries do not take advantage of preventive procedures.

Such services include screenings for breast cancer, cervical cancer, sexually transmitted infection and osteoporosis. If 90 percent of women 40 and older received breast cancer screening, 3,700 lives could be saved annually, according to OWL.

Insurers, under health reform, are also forbidden to deny care to participants with pre-existing conditions or deny coverage based on gender. The law also incorporates the Elder Justice Act, which provides older Americans protection from abuse, neglect, abandonment and financial exploitation.

But the group laments that the new law fails to cover "the source of out-of-pocket expenses of old people: vision, hearing, podiatry and dental care." It says vision trouble affects 19 percent of older women and 15 percent of older men.

Another big disappointment with the law, the OWL report points out, is that it allows private insurers, not Medicare, to impose age-based premiums that could charge patients, such as women in their 40s and 50s, as much as three times what the youngest people are charged.

This element is most punishing for elderly women who live longer than men and often receive less retirement money because their wages are lower than their male counterparts.

At a time when Republican lawmakers are trying to dismantle the Affordable Care Act through the 2012 federal budgeting process, authors of the OWL report are choosing to push the reform to serve their constituents even more generously.

In doing so the older-women’s advocacy group joins other ambivalent critics of health reform such as Gloria Steinem, a founder of the Women’s Media Center. Though she supports health reform, Steinem protests anti-choice provisions incorporated into the law as part of the political compromises struck to push it through last fall.

"It’s healthy to celebrate partial victories, but fatal to pretend they’re complete," Steinem said on the Women’s Media Center site. "Health care reform will save health and lives, but its price was affirming and extending the control of women’s bodies by church and state."

The Women’s Media Center is running a "Not Under the Bus" campaign to protect women’s right to private insurance coverage for abortion under health reform.

The league report notes that the Institute of Medicine is expected to release its study in late 2011 on preliminary guidelines to essential benefits and that the Department of Health and Human Services will likely complete a proposed outline of essential benefits by the end of this year.

Would you like to Send Along a Link of This Story?
https://womensenewsp.wpengine.com/story/health/110504/owl-analyzes-health-reform-mothers-day

Kaiser Commission on Medicaid and the Uninsured:
http://www.kff.org/medicaid/upload/Key%20Medicare%20and%20Medicaid%20Statistics.pdf 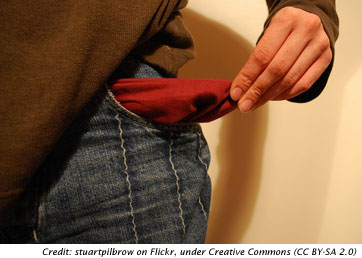 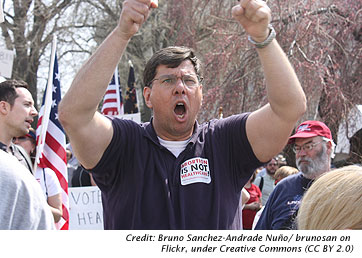