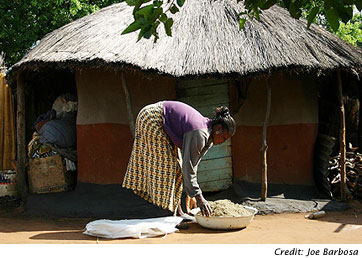 The latest Zambia Demographic and Health Survey revealed that not only is marital violence common here, but many wives also believe they deserve it. The Zambian parliament is discussing a bill to provide shelters for women and children fleeing abuse.

LUSAKA, Zambia (WOMENSENEWS)–Mary Chileshe, 24, says her husband beats her almost every day because she can’t bear children. And she says she deserves it.

"There is nothing wrong with him beating me because we have been married for five years and a few months and I still have not given him children," she says, wiping tears from her face. "I think I deserve the beatings."

She says her husband, Chimba Chileshe, 30, even beats her for things she doesn’t do wrong.

"He beats me even when he finds me talking on the phone and accuses me of having affairs," she says.

She says people have advised her to report her husband to the police, but she refuses.

Cultural silence in Zambia about spousal violence hinders data gathering, but the government did release a survey two years ago that revealed its prevalence.

More than half of Zambian women who have ever been married have suffered physical abuse since age 15, according to the latest Zambia Demographic and Health Survey, taken in 2007 and released in 2009. About 40 percent of them said it happened often or sometimes during the year before the survey, and 93 percent named former or current husbands, partners or boyfriends as the perpetrators.

About 41 percent of women who have suffered physical or sexual violence have never sought help nor told anyone, according to the survey.

More than 60 percent of all surveyed women said that wives deserved to be beaten by their husbands for at least one of the following reasons: burning food, refusing to have sex with him, arguing with him, going out without telling him or neglecting the children, according to the government survey.

Marital violence can be physical, sexual, emotional, psychological or economic, according to the government survey. More than two-thirds of the wives surveyed said their husbands insisted on knowing where they were at all times and became jealous or angry if they talked to other men.

"We get about six or so cases of wife battering in just one day, and there is surely a reason to be concerned because some women are suffering severe cruelty," says Peter Nondo, a local policeman.

Irees Phiri, a counselor, attributes women’s acceptance of wife beating to social and cultural processes in Zambia and other sub-Saharan countries that make women feel inferior.

Several advocacy groups for women are doing what they can. There are radio programs, educational workshops, school discussions and support groups.

"People in communities should be sensitized on gender-based violence so that they are aware of the various forms and effects," Mwale says.

Mwale adds that Youth Vision Zambia trains traditional counselors in gender matters, such as wife battery, and that the Zambian government and other nongovernmental organizations should, too.

"Traditional counselors from all parts of the country must be educated on gender-based violence because these people interact directly with young women who are about to get married and those who have reached adulthood," Mwale says.

"I am calling upon our gender minister to work with traditional counselors in all parts of the country in order to reduce violence, such as wife battery," Phiri says.

The new law would be one step toward reducing the number of women who will be abused and think they deserve it.

"It is OK for him to beat me because I am unable to give him children," Chileshe says in between sobs.

Would you like to Send Along a Link of This Story?
https://womensenewsp.wpengine.com/story/the-world/110430/zambian-women-accept-marital-violence

Chanda Katongo joined Global Press Institute in 2011. She is currently a fourth-year student pursuing a Bachelor of Arts in communications at the University of Zambia. 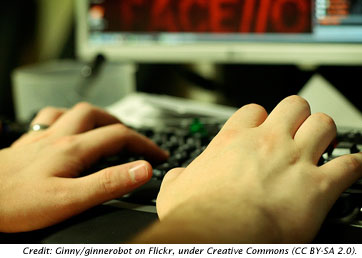