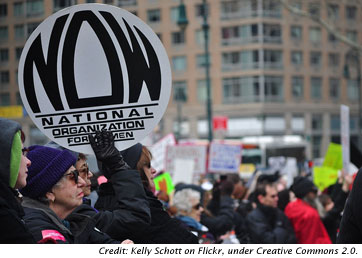 Pro-choice demonstrators and a variety of allied interests will demonstrate on April 7 as part of the major budget battle taking place in Washington. With a federal shutdown looming, GOP lawmakers are pressing a radical reshaping of health care policy.

(WOMENSENEWS)–More than 20 organizations are demonstrating today at the U.S. Capitol in a show of support for Planned Parenthood, the family-planning group in the crosshairs of the budget battle blazing in Congress, where a federal shutdown is looming.

Members of Congress, civil rights leaders and a broad coalition of groups are joining the Stand Up for Women’s Health rally. Executive director of the American Civil Liberties Union Anthony D. Romero will be among rally speakers, alongside Cecile Richards, president of Planned Parenthood Federation of America and Nancy Keenan, president of NARAL Pro-Choice America. Ed Harris and Amy Madigan are among the actors scheduled to speak.

Access to abortion became a key bargaining chip in last-minute budget negotiations to avert a federal shutdown. The Republican one-week stop-gap funding measure declined by President Barack Obama on Tuesday included a policy amendment preventing Washington, D.C., from spending its own money on abortion services, according to The Washington Post’s blog.

In addition to protesting the Planned Parenthood defunding effort in the 2011 budget bill, protest organizers are also focused on other measures to ban private insurance coverage for abortion and grant hospitals permission to deny abortion care to women even in life-threatening circumstances.

GOP and Democratic lawmakers are divided by roughly $30 billion in cuts. The White House on Wednesday argued that Democrats had conceded to the initial figure for cuts demanded by Republicans and now the party was pushing too far in asking for cuts in the range of $60 billion.

While cuts to both national and international family planning were passed in the House, that’s far less likely in the Senate, Craig Lasher, government relations director of Population Action International, told Women’s eNews on Wednesday. Still, he says providers of family-planning services should all brace for some funding loss.

"What we’re concerned about is there not be disproportionate and ideological cuts to family planning," said Lasher, whose Washington-based lobbying firm focuses on international reproductive health.

In the middle of the standoff over the current budget, the House GOP unveiled its budget plan for 2012 Tuesday. It outlines other major losses for women in what is being widely described as a fundamental reshaping of the U.S. health care delivery system.

Rep. Paul Ryan of Wisconsin, Budget Committee chairman, is proposing cutting trillions to Medicare and Medicaid, programs upon which women disproportionately rely. He is also seeking to defund and dismantle the health reform law passed in 2010.

Ryan’s proposal drew plenty of media favor. "Tuesday, Paul Ryan, the Republican chairman of the House Budget Committee, released the most comprehensive and most courageous budget reform proposal any of us have seen in our lifetimes," wrote New York Times columnist David Brooks.

In contrast, Robert Greenstein, president of the Washington-based Center on Budget and Policy Priorities, called the Ryan budget cowardly.

"Its proposals would produce the largest redistribution of income from the bottom to the top in modern U.S. history," Greenstein wrote on the group’s Web site, "while increasing poverty and inequality more than any measure in recent times and possibly in the nation’s history."

The Ryan budget would likely get about two-thirds of its more than $4 trillion in budget cuts over 10 years from low-income programs, including Medicaid and related health care programs, food stamps and low-income housing, according to the Center on Budget and Policy Priorities.

"It would have a devastating impact on older women and especially those who are low income and in poverty," Susan Rees, director of national policy for Wider Opportunity for Women, said in an interview with Women’s eNews on Wednesday. "The proposal would abolish Medicaid and replace it with a block grant to the states that would be funded at two-thirds the level that it is and that would inevitability cause states to have to reduce benefits and people eligible."

"The Ryan proposal ignores the fact that Medicare returns more in benefits per dollar than private health insurance," Lichtman said in the statement. "While there is no question that Medicare could and should be more effective and efficient, turning it into a voucher program would put millions of future retirees — many of whom will have multiple chronic health conditions — at huge financial risk."

Alan W. Houseman, executive director of CLASP, the Center for Law and Social Policy , called Ryan’s proposal cynical and Orwellian for describing itself as a way to strengthen the social safety net when it in fact slashes it.

"At the same time, the budget proposal cuts taxes for the richest households and sets an arbitrary cap on revenues below the levels needed to meet the nation’s priorities," Houseman said in a press statement Tuesday.

Mary Kay Henry, president of the Service Employees International Union, joined the outcry in an April 5 press statement. "Chairman Ryan’s slash and burn budget proposal is not a budget at all. It is an all out assault on children, seniors and the disabled. It is a distorted, dramatically lopsided proposal that fundamentally restructures programs that millions of Americans rely on while giving the corporations and the wealthy another tax break."

In addition, family planning cuts in the proposed GOP 2011 budget lop off roughly $200 million from $648 million in U.S. annual family-planning foreign aid, according to an April 1 press statement by the New York-based Guttmacher Institute research group. Guttmacher forecasts that the cuts would cause about 10,000 maternal deaths, 1.6 million more abortions and 2.8 million more unwanted pregnancies globally.

The United Nations Population Fund, which saw its U.S. funding cut under President George W. Bush, was happy to see it reinstated under Obama, organization spokesperson Abubakar Dungus told Women’s eNews April 6. Many nations rely on U.S. aid for family planning, maternal health, HIV prevention and poverty reduction, he added. These nations have looked up to the United States as a leader, following the 1994 International Conference on Population and Development, held in Cairo, Egypt, in which participating nations concluded that maternal mortality reduction and access to reproductive health services and family planning should be a future goal for all, Dungus explained.

"We are hoping the United States will maintain its position as a leader in funding family planning," he said.

Legal Momentum, the New York-based women’s advocacy group, is urging lawmakers to reject all such amendments or riders in subsequent 2011 spending bills, rather than negotiating one harmful rider against another.

"There have not been any hearings related to these extraordinarily far-reaching proposals," the group wrote Senate Majority Leader Harry Reid and Minority Leader Mitch McConnell. "This back-door means of legislating does not allow for adequate debate about the merits of such sweeping policy changes, which deserve full deliberation by both chambers in the course of the normal legislative process."

The March 31 letter from Legal Momentum is signed by 154 organizations representing a coalition of groups that find themselves under common attack in the GOP’s budget version: worker-safety, consumer rights, civil rights, labor rights and environmental protection. Additional signatories include the AFL-CIO, 9 to 5, National Association of Working Women, the NAACP and Union of Concerned Scientists.

Would you like to Send Along a Link of This Story?
https://womensenewsp.wpengine.com/story/economyeconomic-policy/110406/pro-choice-demonstrators-join-budget-battle-today

Katherine Rausch and Karsten Strauss provided the reporting for this article. 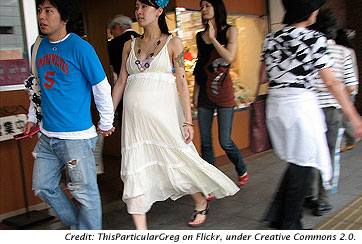 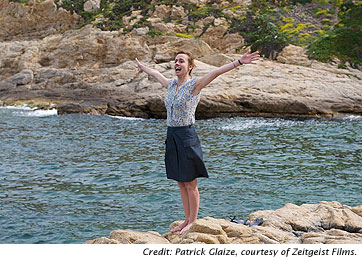