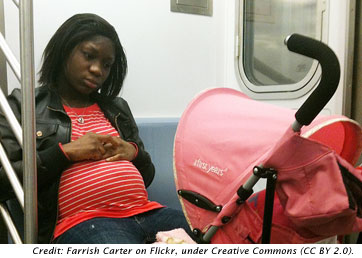 Embolism is a major danger of pregnancy. But recent data from New York City finds black women dying from it in numbers that are startling, given the well-known interventions. A disparity in health care could be the culprit, but no one is asking.

Of the 28 women who lost their lives to pregnancy-related embolism between 2001 and 2005, a glaring 82 percent were African American. Zero percent were white women, according to the city’s health department report released in June 2010.

Hispanic and Asian pregnant women also suffered higher death rates in New York City from embolisms. Pregnant Latinas accounted for 14 percent of the embolism deaths in the study. Pregnant Asian women were 4 percent, according to the report.

An embolism, which is a blockage in a blood vessel caused by a blood clot, air bubble, fatty tissue or other substance, is always a serious matter.

While no white women died of it in the New York study, blood normally flows more slowly during pregnancy, making venous thrombosis–the formation of clots inside the veins–a leading cause of pregnancy-related death.

Because the dangers are so well known, remedies are also well established.

"The most important issue in preventing embolisms after labor and delivery are early ambulation (walking) and use of medical compression stockings," said Dr. Geddis Abel-bey, an obstetrician and gynecologist at the New York Hospital in Queens, N.Y. Blood-thinning medications may also be needed.

Most important, women who are at risk of embolism need to be identified so that medication can be given at the right time, Abel-bey says.

But African American women in New York–and to a lesser degree Latinas and Asians in the city–don’t seem to be getting identified or treated on a par with their white counterparts.

Women’s eNews asked a number of physicians and researchers in New York why not, but no one could answer that question or explain the generally higher risks of pregnancy for black women.

Dr. Jo Ivey Boufford, president of the New York Academy of Medicine, discounted obesity, poverty and pre-existing conditions as explanations for the racial differences in New York. She emphasized that while obesity and pre-existing conditions affect overall maternal health, neither one explains the dramatic gap in the pregnancy-related risks of African American and white women. Khiara M. Bridges is an associate professor of law and anthropology at Boston University and author of a recent book on maternity care and racism at Manhattan’s largest and oldest public hospital. Without any biological or medical reason for such a wide disparity, Bridges, a former fellow with the New York-based Center for Reproductive Rights, suspects that simply being African American elevates the risks of having inadequate health care.

The Role of Race

"We definitely have to question the role of race in this disparity," Bridges said. "My work–with predominantly women of color–shows these women receive lower quality care even if you control for class and insurance type…When there aren’t any calls to action or dramatic efforts are not being made to address this preventable death, we have to query whether the lack of action is related to whom is being affected."

"Pregnancy is already a hyper-coagulated state," said Dr. Tamara Magloire, director of ambulatory obstetrics and gynecology at Jamaica Hospital in Queens, N.Y. "There may also be inherited genetic conditions or preexisting health conditions that could make a woman more likely to have blood clots."

"Some of it could be prenatal care–coming in late or some of the medical institutions not having protocols to identify patients who are at risk. Obesity and other health conditions can predispose these women to having a C-section, which is a set up to be more likely to have venous thrombosis," she said. Physicians should be doing a better job of identifying patients who are at risk and using therapies that decrease the risks, Magloire added. "The interventions work."

She also hopes patients and consumers bring more attention to the issue.

"Within medicine there is more attention now than a few years ago. But it’s the consumers who can bring about more interest. I don’t think the average woman knows their risk of dying from embolism," she said.

Would you like to Send Along a Link of This Story?
https://womensenewsp.wpengine.com/story/reproductive-health/110427/embolism-stalks-black-moms-lethal-bias

Kimberly Seals Allers is an award-winning journalist and editorial director of the Black Maternal Health project at Women’s eNews. A former senior editor at Essence and writer at Fortune, she is the founder of http://www.MochaManual.com, a parenting destination for African Americans, and author of "The Mocha Manual to a Fabulous Pregnancy" (Amistad/HarperCollins) and two other Mocha Manual books.

One response to “Embolism Stalks Black Moms With Lethal Bias” 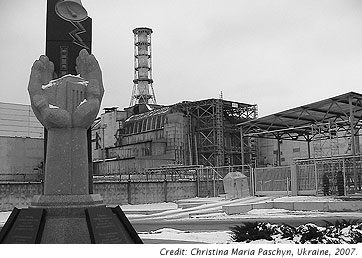 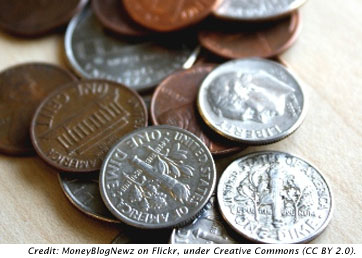