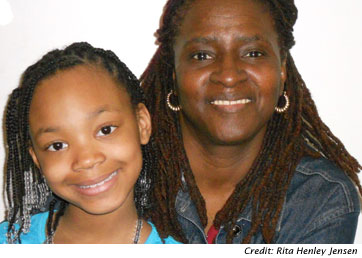 Why is pregnancy so much more dangerous for U.S. black women?

Callaghan is acting chief of the maternal and infant health branch of the Atlanta-based Centers for Disease Control and Prevention’s division of reproductive health.

He has published research that demonstrates that throughout the United States white and black women have similar levels of pre-existing conditions during their pregnancies.

Despite this, Callahan’s research has found that black women for the past five decades have consistently suffered an almost four-times greater risk of death from pregnancy complications than have white women.

The higher risks, he wrote in a 2007 paper published in the American Journal of Public Health, are independent of age, the number of births or education.

"Why this is true," Callahan said in a recent telephone interview, "is what I ask myself when I wake up at 3 a.m. and am staring at the ceiling fan."

Eady died shortly after giving birth at Mount Sinai Medical Center, one of New York City’s most prestigious hospitals. The official cause of death of the 21-year-old mother of three, as recorded by the New York City medical examiner, was heart failure after post-partum seizures.

Carole Eady, now raising Akira’s older daughter in her Harlem home, acknowledges that her niece’s partner might have played a role in her death by hitting her on the morning of her seizure, but she feels strongly that the hospital staff did not properly administer the epidural or respond to her complaint of headaches.

Mount Sinai’s press officer was unable to comment on Eady’s death because of the state’s privacy laws.

The following year, 22 African American women died in New York City from "pregnancy-related causes" for a maternal mortality ratio of 78.8.

Dr. Jo Ivey Bufford, president of the New York Academy of Medicine and a researcher in maternal mortality, estimates that 45 percent of these deaths are preventable.

Going beyond the data routinely gathered, New York’s health department issued a report on maternal mortality in the city for the years 2001 to 2005 that provides an unprecedented level of detail about which women die and how.

The findings drew no conclusions about how to lower the high rate of maternal deaths in New York–among the highest in the nation–and among African Americans.

But the city’s report does detail the high risk of C-sections. The New York study found that a whopping 79 percent of all mothers who died "from pregnancy-related causes" gave birth via Cesarean sections. In addition, other reports from New York City’s health department indicate a consistent rise in Cesarean sections in the city, from 25.8 percent of all births in 1997 to 34.4 percent–more than a third–of all births in 2008.

The World Health Organization’s recommendation is that no more than 15 percent of all births should be C-sections.

The lack of prenatal care, even in a city with public hospitals and clinics, played a definitive role in the maternal mortality rate. The 2010 report indicates that 51 percent of those who died had "adequate or adequate plus" medical care while they were pregnant, however this data was not broken down further by race or ethnicity.

Of the mothers who died as a result of a pregnancy, the city’s report found 58 percent were African American. That’s an outsized statistic on its own, but even more glaring against the minority status of black women, who represented 24 percent of all births.

Ten percent of the pregnancy-related deaths were of white women, who represent 30 percent of all births.

Hispanic and Asian-Pacific Island pregnant women, who represent 45 percent of all who gave birth, died at twice the rate of white pregnant women but at significantly lower rates than black women.

Physicians, researchers, academicians, midwives and public health experts agree: Most of these deaths are preventable.

Obesity among those who died was emphasized in the city’s official statements about the implications of the report. Pre-existing conditions have been the subject of significant research. Poverty and lack of maternal health care are often linked by maternal health activists to high maternal mortality rates.

However, the data in the city’s 2010 report indicate that the medical community might have to look further than these usual suspects and ask themselves what more can be done by medical providers to save women’s lives, particularly African American women.

Obesity was the maternal mortality factor focused on in the city’s press release about the report, in line with Mayor Michael Bloomberg’s health agenda. In the New York study, 44 percent of the white pregnant women who died were obese; 60 percent in the case of African American women–an imbalance but not sufficient to explain the vast difference between the percentage of white women and African American women who die.

At the same time, this data suggest obesity could be a bigger risk factor for black women, but the lack of information providing the percentage of C-sections among black women who died prevents a real finding.

In fact, the report does not make clear the connection, if any, between C-sections and the mortality rates of obese women.

Carol Sakala, director of programs for Childbirth Connections, said during an interview about the report that she was concerned that obese women were "tracked" into having C-sections despite the risks.

She acknowledges that it might be more difficult for medical personnel to assist an obese woman giving birth, but given the alternative, she argues that more effort should be made. Childbirth Connections is a national nonprofit organization based in New York City dedicated to improving the quality of maternity care.

Pregnant women who had private insurance and those insured by Medicaid–government insurance for those with low incomes–had similar maternal mortality rates, the report found.

A chart in the city report indicates that maternal mortality hit a low between the ages of 20 to 24, rose by 10 percentage points after age 30 and doubled after age 40.

Older age is a long-established medical risk factor in pregnancy but Sakala, from Childbirth Connections, pointed out a less-noted suspicion. She said that she was concerned that the high number of deaths among older mothers might reflect that many women underwent multiple Cesarean sections

"Each C-section a mother has is more dangerous," she said.

In other words, pre-existing conditions played a similar role in black and white women and didn’t account for demographic differences in the rate of maternal deaths.

Which is exactly what keeps Dr. Callahan awake at night. If it is not pre-existing conditions, not obesity, not poverty, not age, then how to explain why African American women die at such higher rates?

"I have more questions about the why than answers," he said.

Would you like to Send Along a Link of This Story?
https://womensenewsp.wpengine.com/story/reproductive-health/110315/nycs-high-maternal-deaths-defy-usual-explanations?page=0,0 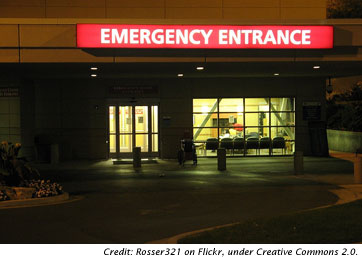 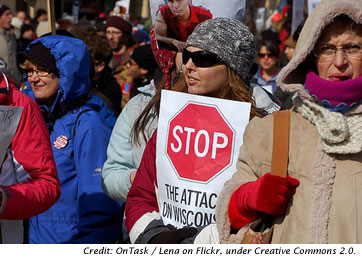