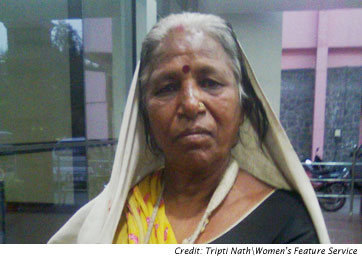 India banned manual cleaning of latrines in 1993. Eight years ago, an advocacy group petitioned the court to enforce the law. A new documentary tells the story of the lives of 300,000 workers, mostly women, who do this degrading work.

NEW DELHI (WOMENSENEWS)–For half of her life Jaanki, a 70-year-old widow in Kanpur, Uttar Pradesh, India’s largest state, has eked out a living cleaning latrines and carrying human excreta on her head, sometimes for as long as an hour, to the nearest drain.

Manual scavenging is the only way of life for her and the other women at the center of the recent documentary "Marching Towards Freedom," screened at a conference here in December.

For this nauseating work–banned by law in 1993–the workers get paid by each client household 30 rupees (less than $1 U.S.) per month.

The women are "Bhangis," a sub-caste of Dalits, who occupy the lowest tier in this nation’s caste hierarchy.

The film about their labor was made by filmmaker Gopal Menon, who traveled to 20 of India’s 28 states to depict the widespread practice.

India is home to about 300,000 manual scavengers, 85 percent of whom are women, according to estimates by the Safai Karamchari Andolan, a New Delhi-based group that monitors the outlawed practice. Any person who breaks the law by employing a manual scavenger faces punishment of up to year in prison, but the film shows the large extent to which the law is ignored.

In 2003, Wilson organized workers to protest against manual scavenging and women across the country took to the streets to burn the cane and bamboo baskets they use for carrying the human excreta.

That same year, Wilson’s group petitioned the Supreme Court to require strict enforcement of the 18-year-old scavenging ban, which requires conversion of latrines and rehabilitation for manual scavengers.

"We have full faith in the judiciary and we hope that they will address the problems of the most marginalized sections of society with due sensitivity," Wilson said in a recent interview.

Bindeshwar Pathak is the founder of Sulabh International, a nongovernment organization that has developed flush compost toilets to replace bucket toilets cleaned by manual scavengers.

He added that Sulabh International has shown India "an affordable solution for an appropriate, indigenous and culturally-acceptable technology that can be put to effective use to discontinue manual scavenging."

Jaanki, one of the manual scavengers who attended the December conference, says the work is ostracizing, even for women in her state, which is governed by Mayawati, the leader of the Bahujan Samaj Party and a Dalit herself.

"People turn their back on us and don’t even want our shadow to fall on them," she said.

Kusum, 40, who began working as a manual scavenger at 15 in Uttar Pradesh, said that even her children recoil.

"I begin my day at half past six. When I return home past lunch time, my children ask me to sit at a distance until I have bathed. It hurts me, but I laugh it off as they are my children," she said in an interview at the sidelines of the December conference. As she spoke she tried to hold back tears.

Sripati Devi, 50, from Chhapra in the state of Bihar, gave up manual scavenging in 2010. In an interview at the conference she said she would rather die than carry soil on her head again. "At work, I would put a beetle leaf between my teeth to avoid vomiting. We also faced so much discrimination. Villagers would drive us away from the community well."

One of the worst problems is that when women decide to leave the work there is often no other way for them to earn a living.

The work is also linked to health ailments such as asthma, skin diseases and back pain, one advocate said at the conference.

Bhasha Singh, a roving editor of a Hindi national daily, has studied the issues confronted by these women across 10 states over the last seven years.

"Nowhere have I come across women scavengers wearing gloves or boots," she said in an interview. "I have met women scavengers who have had miscarriages and are living with leucoderma and severe allergies. In some states, I met women who feel repulsed by the sight of yellow color and are not able to use turmeric, the ubiquitous Indian spice."

Would you like to Send Along a Link of This Story?
https://womensenewsp.wpengine.com/story/labor/110204/indias-shunned-latrine-cleaners-toil-despite-ban

Tripti Nath is a second-generation journalist. She lives in New Delhi and has reported from five world capitals. Formerly associated with the Sunday Times, London, she contributes regularly to Women’s Feature Service and numerous other publications. 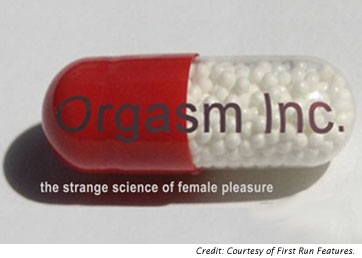