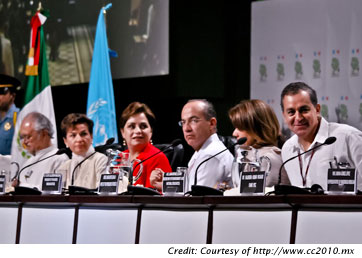 At the annual United Nations climate change talks, women are demanding a seat at the table on an international program aimed at reducing deforestation through carbon-credit trading.

She talked of how she and other female potters who gather wood for their stoves have found new ways to protect the forest and also reduce their daily workload. With help from the Mexican government, they began to use more fuel-efficient stoves and kilns. Now they spend less time gathering wood from the forest and they burn less wood.

In closing, she asked that world governments listen to the “owners of indigenous resources, indigenous people and the women of those peoples.”

Lopez gave her address to the U.N.’s 16th annual meeting on climate change, which opened Nov. 28 and ends Dec. 10.

Since 2005, U.N. negotiators have been discussing ways to “reduce carbon emissions from deforestation and forest degradation,” a program abbreviated as REDD.

Each year, 13 million hectares of forest are destroyed, releasing some 1.7 billion tons of carbon into the atmosphere that would otherwise be stored within the trees. (Emissions are released quickly if forests are burned and more slowly if the biomass decays.)

The U.N. has not yet formally adopted REDD, but 40 pilot projects in developing countries are testing how to protect forests and leading the way toward a market-based carbon trading system. The underlying premise: companies and governments will offset their excess emissions by paying for carbon reductions elsewhere in the global economy.

At this year’s conference in Cancun, a coalition of activists and women’s organizations came together to demand that women be included within the REDD process, from the negotiating table to the implementation of individual projects.

Together, the International Union of Conservation of Nature, Women’s Economic Development Outreach and Women Organizing for Change in Agriculture and Natural Resource Management launched The Global Initiative on REDD+ and Gender Equality.

Valuing the role of women in REDD projects can be done: Since April 2010, the governments of Zanzibar and Norway have been supporting a project on the islands of Unguja and Pemba in the Zanzibar archipelago where shifting cultivation patterns and the harvest of trees for firewood and charcoal are driving deforestation.

The four-year project, Hifadhi ya Misitu ya Asili (Conservation of Natural Forests)–or HIIMA–is focused on protecting the island forests by designing systems where local people take steps to preserve forest with an eye to selling those carbon credits to excess carbon producers.

The project aims to include local women’s organizations in its activities, strengthen women’s control over the use of incoming funds, work with the next generation of women and ensure that women benefit from the project financially and socially.

As a REDD pilot project, HIMA could revolutionize the carbon-trading process by saying that only communities that can demonstrate they are gender sensitive will be allowed to sell their credits.

“You can actually say to someone: ‘If you aren’t gender sensitive, you won’t sell your carbon credits’,” said Raja Jarrah, climate change advisor for CARE International, a nonprofit humanitarian organization focused largely on poverty that is one of the HIMA partners.

It’s essential that indigenous women–who play an important part in wood gathering and burning–be involved in the planning and execution of these projects, says Jeannette Gurung, director of Women Organizing for Change in Agriculture and Natural Resource Management, a nonprofit organization of international forest, agriculture and natural resource managers based in Washington, D.C.

Gurung says women have yet to be recognized as stakeholders in the deforestation carbon-reduction talks, even though women provide up to 90 percent of the food in forest-dependent communities and are running an increasing number of households in rural places where men have left to find work in city centers.

Would you like to Send Along a Link of This Story?
https://womensenewsp.wpengine.com/story/environment/101208/un-carbon-planning-opens-indigenous-women

Laura Paskus is an independent writer and editor who is reporting from Cancun, Mexico, as an Earth Journalism Network Climate Media Fellow. 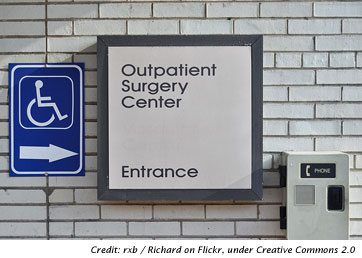 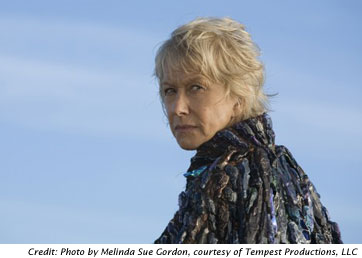