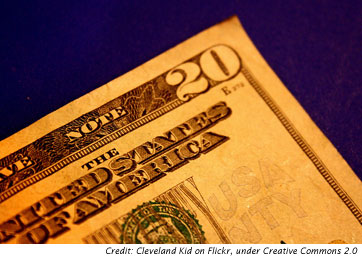 The payroll tax holiday may sound like good news for workers, but women’s advocates say it’s a dangerous political weapon in the hands of those who want to dismantle Social Security, which provides a lifeline for many older women.

(WOMENSNEWS)–As President Obama and congressional Republican leaders reveled in the Dec. 18 bipartisan approval of an $858 billion tax cut package to stimulate the economy, advocates for women’s financial security set their sights on the next and biggest battle: ensuring that its one-year payroll tax holiday doesn’t become permanent.

"Women will suffer if the 112th Congress, which begins in January, extends the (tax) holiday beyond 2011," said Maria Freese, director of government relations of the Washington-based National Committee to Protect Social Security and Medicare. "Four out of 10 women over 65 who live alone receive virtually all their income from Social Security."

The payroll tax holiday is part of the package for a two-year extension in tax cuts for the wealthiest Americans and a 13-month extension of unemployment benefits. It decreases a worker’s contribution to Social Security taxes to 4.2 percent from 6.2 percent of the first $106,800 earned in 2011.The employer’s contribution of 6.2 percent remains unchanged.

It sounds good for workers, but women’s advocates fear that cuts to the payroll taxes that fund Social Security will imperil the safety net for older Americans.

"The payroll tax holiday is dangerous because it opens up the program to the deficit hawks who want to use Social Security as a piggy bank to stimulate the economy, which has been damaged by the excesses of Wall Street," said Freese. "It also gives the long-term opponents of Social Security a new mechanism to dismantle the program."

The National Committee to Protect Social Security and Medicare–which led a successful fight that stopped the Bush administration from privatizing Social Security in 2005–is lobbying the White House and Congress in hopes that Obama will announce in his State of the Union address on Jan. 26 that he opposes future payroll tax holidays.

"Although steps need to be taken to decrease the alarmingly high rate of unemployment, there are better ways to stimulate consumer spending than giving a worker a few extra dollars to spend," Freese said. "Social Security now has a $2.6 trillion surplus that will be able to pay full benefits until the year 2039, but that won’t be possible if payroll tax holidays become permanent."

Studies show that tax holidays are far less effective than other stimulus measures because higher income workers tend to save the money rather than spend it immediately on basic necessities, the way unemployed and low-wage workers do.

Terry O’Neill, president of the Washington-based National Organization for Women, predicts that the holiday tax may be extended.

"If unemployment is still near double digits at the end of 2011, conservatives hostile to Social Security are likely to hold unemployment insurance benefits hostage for extension of the payroll tax holiday," said O’Neill. "This scenario could be repeated for years if the economy continues on its slow growth, which would threaten Social Security’s long-term viability."

The National Organization of Women, the largest organization of women’s rights activists in the United States, notified its 500,000 contributing members last week to contact their senators and representatives to urge them to vote against proposals to extend the payroll tax holiday, even though doing so poses political risks for those up for reelection in 2012.

The Chamber of Commerce and other pro-business groups that support payroll tax holidays portray the 2 percentage point payroll tax as a boon to workers.

"But the greatest danger is that the payroll tax holiday changes the way Social Security has been financed for 75 years and makes it subject to the whims of Congress," said Freese of the National Committee to Preserve Social Security and Medicare, which was founded in 1982 by James Roosevelt, the son of President Roosevelt, who signed the Social Security Act into law. "Instead of workers and employers contributing all the funds in 2011, Social Security will be financed in part with general funds allocated by Congress."

Spurred by the Tea Party, which was adamant about tax cuts, and Larry Summers, Obama’s top economic advisor who favors payroll tax holidays as a means of stimulating the economy, congressional Republican leaders and Obama agreed to transfer $112 billion from the General Fund of the Treasury Department to the Social Security Trust Fund to replace the revenue lost by the payroll tax holiday in 2011.

Although the transfer seems reassuring, it isn’t, Rep. Brad Sherman, D-Calif., warned at a recent press conference. Depending on Congress to allocate funds politicizes the system, he said. Social Security would have to compete with the Pentagon’s demands for funds for the wars in Afghanistan and Iraq.

"Social Security could become just another program like the Endowment of the Arts,’ said Sherman. "At some point, Congress and the president could decide that Social Security is not sustainable and the program could be eliminated."

A Dec. 7 report from the Washington-based Women’s Institute for a Secure Retirement, known as WISER, underscores the importance for women of a financially-sound Social Security Trust Fund. The report found that half of all women at age 65 are likely to live beyond age 85 and incur chronic disabilities that require care in a long-term facility or from a paid caregiver, which can quickly exhaust their meager financial resources.

As a result, the National Committee to Preserve Social Security and Medicare predicts that there will be a groundswell of support for maintaining the traditional method of funding Social Security. About 160 million Americans are currently contributing to the program through payroll taxes and about 34 million are receiving retirement benefits.

"People nearing retirement will be more dependent on Social Security because the collapse of the housing bubble destroyed much of their home equity and decreases in the stock market destroyed their retirement savings accounts," said Freese. "Young people have had difficulty finding and keeping jobs in this tough economy, so they are concerned about the survival of Social Security too."

Although modest, Social Security benefits are often a lifeline. The average retiree’s benefit is $13,800 annually. Women on average receive $2,000 less, because they were paid lower salaries throughout their work years and often leave the labor force for several years to raise children or to care for elderly relatives.

Would you like to Send Along a Link of This Story?
https://womensenewsp.wpengine.com/story/retirement/101230/payroll-tax-holiday-stirs-social-security-fears

The National Committee to Protect Social Security and Medicare:
http://www.ncpssm.org