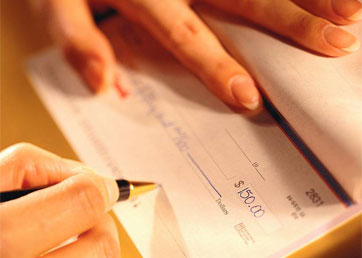 Philanthropy headlines in the past year have focused on billionaires giving in two different ways.

(WOMENSENEWS)–Philanthropy headlines in the past year have focused on billionaires giving in two different ways.

There are those who give to numerous projects in a piecemeal fashion. They include Warren Buffett, Facebook CEO Mark Zuckerberg, and Bill and Melinda Gates. They give millions to causes like education and health.

The other group includes George Soros and the brothers Charles and David Koch.They work at different ends of the political spectrum–from left to right–but they are both building movements behind their opposing and sparring visions.

For those of us who give to women and girls, the Soros-Koch movement-building strategy is the one to note.

That’s because a central tenet of women’s funds is that money is needed at the intersection of major problems–health, education, environmental justice, domestic violence–to address the cascade of deficits in the lives of girls and women that create the overall poverty of any given community.

We Need a Movement

To do that, we need a movement of people conducting research, identifying solutions and mobilizing opinion and lawmaking.

We also need an overall vision of the sort of balanced society that we seek, where women and girls have a chance to reach their fullest potential. Otherwise we are all left struggling with the deadening consequences of poverty and inequality across the board.

To serve this vision, leaders in women’s philanthropy know we must scale up our movement building.

The Women Moving Millions Campaign — our partnership with visionary philanthropists Swanee and Helen LaKelly Hunt – is just the start of what we can achieve through our collective power.

In 2009–despite a harsh global recession–the campaign exceeded its goal of raising $150 million in gifts of $1 million and more that went to improving the lives of women and girls.

Few of the philanthropists focused on women and girls will become billionaires. But together we can pool the $1 million gifts, the $1,000 gifts and the $100 gifts to be more assertive. Together we can strengthen a framework that supports a focus on women and girls, because if this half of the population is left out, all the other equations won’t add up.

In the case of Soros, this is evident in the extensive funding of efforts to increase political and civic participation throughout Eastern Europe and in former Soviet bloc states.

The Koch brothers’ philanthropy, meanwhile, was instrumental in mobilizing Tea Party activists whose agitation culminated in recent electoral upsets in the United States.

Currently, too many of the people working to strengthen the standing of girls and women around the world are draining their time and energy just trying to keep their doors open and their staffs paid.

We must partner and join our funds behind such efforts in policy making, media and at the grass roots.

We must think strategically about our philanthropy–moving through our individual passions and disciplines toward a larger vision of collaboration.

We must open doors via our networks–both professional and personal–to widen funding streams and magnify our voices. We need advocates at the grassroots, in the halls of government, and in corporate headquarters to let everyone know that we are here to stay and we want our say!

We must invite a larger audience–including seemingly unlikely partners–to join with us, engaging leaders from other social movements and organizations that align with our goals and vision.

And, finally, we must recognize the essential role of women’s leadership in bringing all this to pass.

What I am describing is not getting a bigger piece of the pie. In 2011 we should be working to make the pie larger; to lift up women and girls, and thus the communities and societies where, as the proverb goes, we hold up half the sky.

Would you like to Send Along a Link of This Story?
https://womensenewsp.wpengine.com/story/economyeconomic-policy/101224/lets-give-girls-and-women-lets-build-movement

Christine Grumm is president and CEO of Women’s Funding Network, which connects and strengthens 166 women’s and girls’ foundations around the world.

One response to “Let’s Give to Girls and Women; Let’s Build a Movement” 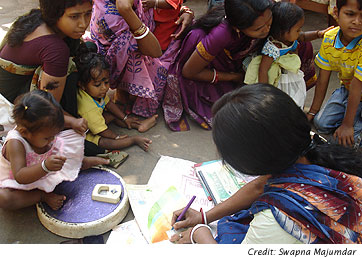