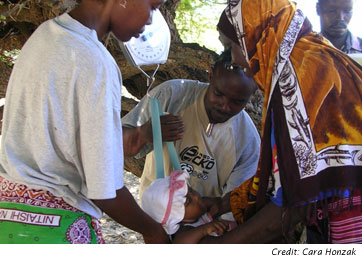 Rural women in remote areas are often left out of family planning programs aimed at large population centers. Some biodiversity wildlife programs are showing how to step into the breach.

It turned out that water scarcity had created unhygienic conditions for the local people, who live far from water, with little chance to launder their clothes. They would leave dirty, scabies-infested clothes in the fields and gorillas would pick them up, play with them, and infect themselves.

Kalema-Zikusoka, founder of and founder of Conservation Through Public Health, a Kampala-based gorilla research and advocacy group that puts human social needs at the center of biological conservation.

This helped protect the gorillas from becoming re-infected.

The project also promoted income-generating livestock-breeding activities, which helped lower local resentment of environmentalists as people who cared more about animals than people.

Today, with healthy human and gorilla populations, the park is now open for gorilla tourism, which brings income to help run schools, clinics and maintain roads. To date, over 1,500 rural residents have received counseling on health and family planning via home visits, according to the Web site of Conservation Through Public Health.

In an era of climate change, Mogelgaard said it makes sense to work on three issues– population, health and environment–at the same time. It “offers a lot of potential to make people less vulnerable,” she said in a recent phone interview.

The approach also can benefit the maternal health of women in remote areas. Such women often fall off the map of large-scale public-health planning, which prioritizes large population centers where funding can benefit the greatest numbers.

“It doesn’t make cost-effective sense to them to capture 100 family planning users when you could capture 20,000,” said Linda Bruce in a recent interview. Bruce directs a five-year development-policy project on improving biodiversity along with human health at the Coastal Resources Center, part of the University of Rhode Island.

Her organization operates such projects in areas of high biodiversity in such countries as India, Nepal and the Democratic Republic of Congo.

Honzak says PHE linkages can be mainly conceptual. Conservationists and health workers, for example, may simply endeavor to understand each others’ overlapping work and goals.

The linkages can also be as small and concrete as health workers sharing a boat or small plane to reach an under-served population in a remote area.

Or, like the scabies project at Bwindi Impenetrable National Park, the approaches may be critically linked.

In 2002, U.S. AID began funding PHE projects with the support of Vermont Sen. Patrick Leahy, chairman of the Department of State and Foreign Operations Subcommittee of the Appropriations Committee.

Since then, annual funding has wavered from around $2.5 million to $3.5 million, a tiny fraction of the tens of billion of dollars in annual U.S. foreign assistance.

“Integration has not been in fashion for many years,” says Terri Lukas, PHE Program Manager at the World Wildlife Fund-US.

Lukas said development workers in the early 1980s used an integrated approach in agricultural and health, but it fell into disuse when lawmakers’ questions about quantifiable results were hard to answer in a vacuum of measurable data. Funding drifted towards single-sector projects, whose results are easier to measure.

But there are signs the integrated approach is coming back into vogue.

In 2008, Johnson and Johnson, the New Brunswick, N.J., giant in producing consumer health care and pharmaceuticals, signed a jointly-funded, $3 million project with USAID, with both parties committing $500,000 annually for three years in order to support PHE projects carried out by partner organizations, such as WWF.

“We see these things go hand-in-glove,” said Conrad Person, director of corporate contributions at Johnson and Johnson. He said his foundation has longstanding ties to the World Wildlife Fund, and credits it with spurring interest in the integrated approach.

Would you like to Send Along a Link of This Story?
https://womensenewsp.wpengine.com/story/environment/101223/biodiversity-projects-start-benefit-rural-women

Anna Louie Sussman is a New York-based freelance journalist who has reported for the New York Times, the Washington Post, the Nation and the Wall Street Journal, among other publications. 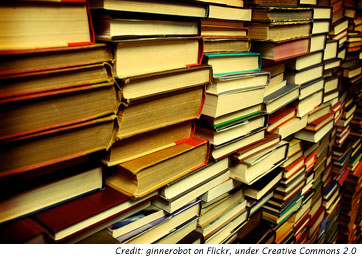