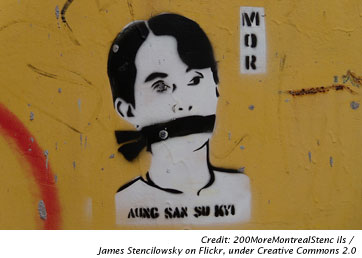 Widespread elation met the week-ago release of Aung San Suu Kyi after her 20-year house arrest. But in the political trenches another pro-democracy woman worries about how much leadership Suu Kyi will be able to provide.

MAE SOT, Thailand (WOMENSENEWS)–Aung San Suu Kyi is a star in the eyes of Zipporah Sein, a prominent leader of the Karen, the only ethnic group to have never signed a ceasefire agreement with the Burmese military.

But now that Suu Kyi has been freed from her 20-year house arrest, Sein, the general secretary of the Karen National Union, or KNU, is keeping her own hopes in check.

Regardless of her great devotion to Suu Kyi, Sein said the democracy movement in Burma is unfortunately unable to rely on her as a leader, since her movements are so constantly hindered and the threat of another jail term–or even assassination–are constant.

Pro-democracy women working from the Thai side of the border–including herself and Khin Omar, founder of Burma Partnership–are less known, but perhaps because of that, she said, have more of a free hand to continue their work.

The widespread elation over the freeing of Suu Kyi may have helped drown the international outcry over elections held by the military government that were decried on numerous counts of fraud, coercion and a host of illegal voting tactics. But Suu Kyi’s release hasn’t changed the reality for Sein’s people, who have been fighting a civil war with the Burmese junta for over 60 years. They have survived decades of brutality at the hands of the regime.

Although often described by international media as insurgents, Sein said ethnic groups’ armed struggle is a simple matter of preventing their people from being massacred.

"We aren’t taking arms to fight against the government for our benefit; we are struggling for our freedom and our rights," Sein said.

The ongoing challenges are dramatized by the report of recent rapes of two women in Kachin state, who were attacked by employees of a logging group supported by the Burmese military.

"Unfortunately, the village headmen cannot help the two victims take legal action against the rapists because the village administrators have to remain loyal to Burmese military authorities," residents of the village said in a recent interview with Kachin News Group.

Since being freed last week, Suu Kyi has wasted no time in showing her determination to provide political leadership.

One of her top stated priorities is to rebuild her political party, the National League for Democracy, or NLD.

The party did not register for the recent election to protest the unconstitutionality of the election and was subsequently dissolved by the Burmese junta, which saw its party, the Union State Development Party, or USDP, achieve a landslide victory.

Suu Kyi has also continued to call for dialogue between the military dictatorship, pro-democracy groups and the ethnic minorities in the country.

Attacks by the Burmese military in the ethnic regions continue, most significantly along the Thai-Burma border, in Three Pagodas Pass in Mon State Wah Lay, in the town Myawaddy in Karen State and in Shan State, according to Karen Information Center.

The other key pro-democracy goals are ending war crimes being committed on a daily basis in the ethnic areas of Burma and bringing war criminals to justice.

And then there’s rewriting a constitution, which currently allows the continued absolute authority of the military regime. All the pro-democracy forces and ethnic groups have the same position on that, Sein said.

"We do not accept the 2008 constitution, and we do not recognize the results of the 2010 election," Sein said.

Would you like to Send Along a Link of This Story?
https://womensenewsp.wpengine.com/story/leadership/101124/burmas-aung-san-suu-kyi-leadership-hobbled

Stephanie Guyer-Stevens is executive producer of Outer Voices and has been documenting female leaders in Southeast Asia and the Pacific Islands since 2003. She recently returned from Mae Sot, Thailand, where she was reporting on the elections in Burma.

Reporting on the 2010 elections in Burma by Lu Olkowski and Stephanie Guyer-Stevens: 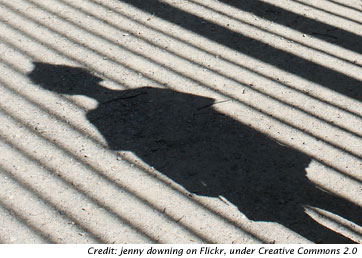 N.Y. Ex-Prisoners Give Thanks for Parental Rights