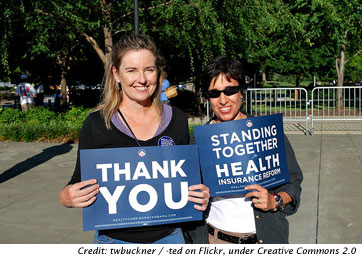 As health reform starts taking effect, Sue Dunlap and Adrianne Black are hosting a conference to stir involvement among caregivers and consumers. Medicaid and abortion both show how much a law can change through its implementation.

(WOMENSENEWS)–Debate about health care reform has focused mainly on the politics of its passage. But the impact of the new federal law deserves much more attention.

For women, the reform law ranks alongside such advances as the creation of Medicaid and Medicare in 1965 and the recognition of women’s legal right to abortion in 1973. Like these landmarks, the law increases self-determination and economic security for women while diminishing anguish, danger and financial burden.

The law is not perfect. It might have, but does not, include birth control in the preventive care options that it renders more affordable for Americans.

Yet even this omission points to the law’s potential benefits–if patients, providers and advocates stay involved in its implementation.

The law creates flexibility for states to increase access and care options while lowering costs. It also codifies basic safeguards in federal law with special importance for women. Some just took effect Sept. 23.

Since last week, insurers cannot drop people when they get sick, ending a practice that has threatened women with particular severity. Breast cancer and even pregnancy are among conditions that have prompted some companies to cancel women’s coverage precisely when they need it most, according to investigations by the House Energy and Commerce Committee. Such practices are now against the law.

Also coming into force last week was the ban on lifetime caps of coverage. This safeguard ends what are sometimes life-threatening denials of care for people who experience multiple illnesses, a relapse of their condition or a severe accident. Highly restrictive annual caps on coverage are now also illegal.

And preventive health care will now be free and not subject to a deductible for people joining a private plan. Preventive services include breast and cervical cancer screening and HIV and STD testing. Our health centers deliver these services to hundreds of Angelenos each day. For Medicare participants, preventive care will be free and not subject to deductibles starting in the new year.

Also in effect now is the requirement for plans to allow children up to age 26 to stay on their parents’ plan. Barring children because of preexisting conditions is also illegal. A ban on such exclusions for everyone else gains force in four years.

The phase-in underscores how benefits of the law, just like the $1.3 trillion in cost savings for taxpayers, increase with time. So do its incentives for patients and providers focused on women’s health to stay involved in the law’s implementation.

That’s the message of an Oct. 5 conference that Planned Parenthood Los Angeles is co-hosting to outline actual gains and long-term opportunities for caregivers and consumers under the law. History shows that advances in health care for women do not come in a moment, or with the stroke of a pen. We make progress through extended involvement in our communities to address unmet needs, through coalitions to identify shared interests and solutions and with policymakers to fix problems and implement changes.

The history of Medicaid shows why the time is right for sustained involvement and advocacy in preventive and reproductive health care in the health care system that is starting to emerge.

Today it is a much broader, and much stronger, safety net than the outline Lyndon Johnson signed into law as part of the Great Society.

The state and federal partnership to cover needy Americans now includes more than 5 million women of childbearing age. And 70 percent of those enrolled over age 15 are women.

Starting 10 years ago, low-income women not otherwise eligible for Medicaid gained access through the program to treatment for breast or cervical cancer. What made this improvement possible? Sustained pressure by patients, health caregivers and allies who listened.

Only sustained advocacy and organizing has preserved the core of this basic right against attacks in and outside the law. And continued involvement will be needed to overcome a recent decision by the Department of Health and Human Services to go beyond the text of the new reform law and bar abortion coverage to some poor women under one of its provisions.

The new reform law is slow to take effect and imperfect in its provisions.

But the concrete protections it puts in force and the improvements in care that it sets in motion are big advances for Americans, especially women. Like the fruit trees we grow by the thousands here in California, this one promises great bounty well into the future if we know its potential and stay around to help it flourish.

Would you like to Send Along a Link of This Story?
https://womensenewsp.wpengine.com/story/health/100930/health-reform-in-the-making-starting-now.

Sue Dunlap and Adrianne Black are co-CEOs of Planned Parenthood Los Angeles, the largest provider of reproductive health care in the largest county in the nation, serving more than 120,000 women and men each year. 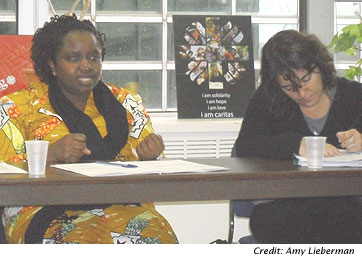 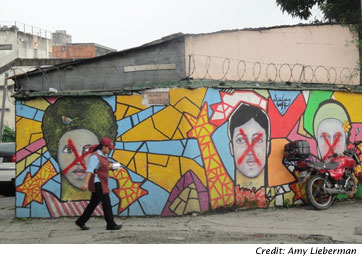