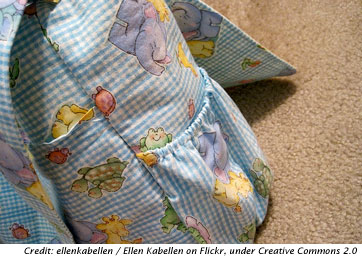 When mothers of young children got elected to Congress a nursing room and day-care center opened on Capitol grounds. That’s the kind of representation and advocacy that parents with young children need out here in the real world.

(WOMENSENEWS)–Aside from all being women, what do the following 2010 U.S. congressional candidates have in common?

All five are endorsed by the Women-Under-Forty Political Action Committee, known as WUFPAC, which formed in 1999 in Washington, D.C., to support all younger women running for Congress.

"Women aged 40 and younger are nearly absent from elected office and we need their voices to help shape policy and lead our country," the Political Action Committee’s site says. "Their perspectives as working professionals, mothers, caretakers and community activists are critical to the political conversation."

To my under-40 mom-of-two-young-sons’ ears that sounds good. Especially the two key words: "mothers" and "caretakers."

WUFPAC doesn’t require its candidates to have young children. But under-40s are the people most personally sensitive–through their own brood or those of friends and contemporaries–to issues such as paid parental leave, incentives for telecommuting, protection of reproductive rights and subsidies for the exorbitant cost of child care.

A Unique Set of Needs

The millions and millions of moms with young children in this country have a unique set of needs that–not surprisingly–are nowhere near the top of the nation’s policy agenda.

You’ve got to blame that on:

Among the hundreds of caucuses in Congress–some revolving around issues as narrow as bourbon and the Value Added Tax–I could not find a single one for mothers or fathers.

Every two years, Congress-watchers slice and dice the demographics of Congress, measuring the numbers of blacks and Latinos, men and women, Christians, Jews, Muslims, atheists, veterans.

But no one yet appears to think it’s worthwhile to keep watch on parents in Congress.

Nora Barry, an enterprising reporter for the Philadelphia Inquirer, conducted her own count and found 10 mothers of young children at the start of the current Congress. One of them, Linda Sanchez of California, broke a barrier as Congress’ first unwed mother.

Barry sees the presence of these 10 as a "paradigm shift" from 1973, when Pat Schroeder of Colorado brought two young children with her to Washington, D.C., amid a barrage of questions about whether she could really work and raise kids at the same time. Her famous reply: "I have a brain and a uterus, and I use both."

That same year, Yvonne Brathwaite Burke became the first lawmaker to give birth in office, a feat that is still rare. It was repeated once in 1995, once in 2007, twice in 2008 and once in 2009, according to the Philadelphia Inquirer.

The presence of just a few young mothers has already made a difference in the halls of Congress, Barry notes. There’s now a nursing room and a day-care center on the Capitol grounds.

It would be nice to get those same amenities out here in the real world too.

Would you like to Send Along a Link of This Story?
https://womensenewsp.wpengine.com/story/momagenda/101019/five-candidates-cant-carry-all-our-diaper-bags 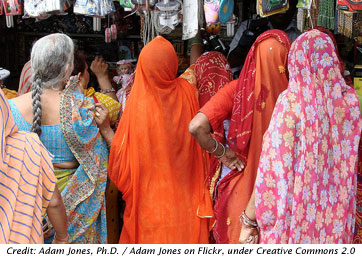