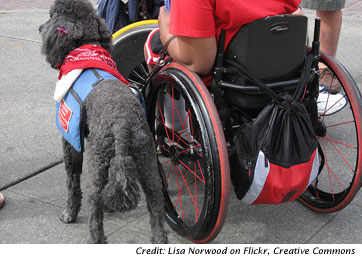 Petra Rodriguez lost her welfare benefits when she injured her back and couldn’t keep her welfare work assignment. A Legal Aid lawyer says situations like hers help explain why the rolls have dropped–people are just discouraged from applying.

BRONX, N.Y. (WOMENSENEWS)–Welfare rolls in New York State fell by more than 60 percent from 1997 to 2008, according to the New York City-based Federation of Protestant Welfare Agencies.

But those numbers do nothing to cheer up Kenneth Stevens Stephens, a lawyer with the Legal Aid Society in Brooklyn, N.Y.

He says a burdensome process for securing and maintaining benefits has simply discouraged applicants, most of whom are single women with children. Anyone who can possibly get by without welfare, in other words, does.

After the heavy exodus, the bulk of people left on welfare, he said, are either able-bodied people who are ineligible for unemployment insurance benefits or those who face serious barriers of some sort–physical, psychiatric or language–to employment.

The disabled women who depend on TANF–Temporary Assistance for Needy Families–are a particular concern because of the problems they face in fulfilling the work requirements imposed in 1996 when the system was overhauled.

Petra Rodriquez knows all about that.

Rodriguez has for many years lived in the Bronx, the New York borough where the 2008 poverty rate of more than 27 percent was more than double the citywide average.

She was a full-time homemaker until 1995, when the father of her four children, who had been the sole source of income, left the family.

Where would she get the money for food, utilities and rent in her subsidized apartment?

"I was getting $250 in food stamps once a month, plus Medicaid. I was struggling," she said in a recent phone interview.

A supervisor with a local office of the Human Resources Administration helped the family get more assistance, but even the increase left some of her basic costs uncovered.

"I was surviving because they increased the food stamps to $325 a month with $42 dollars in cash for my electricity," she said. "My rent was behind."

But somehow she kept the family going until 2003, when she suffered an unusual injury.

Her daughter, then 18, was taking care of a relative’s disabled son who inadvertently kicked Rodriguez. The accident left her with bladder dysfunction and a pinched nerve in her back that made sitting painful and difficult.

Rodriguez had a job under TANF’s job-training Work Experience Program, or WEP, filing paper work in a Human Resources Administration office not far from her home. But the injury made the desk job unbearable.

Rodriquez did not return to her work assignment and the next month she knew something was wrong when her benefits didn’t arrive.

Her social worker told her that she was sanctioned for not showing up for work and recommended that Rodriquez apply for federal Social Security disability benefits. Rodriquez was denied.

As a result of the accident and not being able to work, welfare authorities suggested her daughter take over her job as a way of restoring the family’s benefits. Her daughter declined. That was the end of the benefits.

Each month 15,000 U.S. families lose welfare benefits due to this type of so-called family sanctions, Legal Momentum, a New York-based advocacy group, found in its 2009 report, "The Bitter Fruit of Welfare Reform: A Sharp Drop in the Percentage of Eligible Women and Children Receiving Welfare."

Rodriguez was still eligible to receive food stamps because her youngest son was only 8 years old. She could still babysit and her older son worked odd jobs and helped her when he could. So she was still able to cope.

But fast forward to 2005, when her daughter at age 20 had a baby and applied for public assistance. The similarity of names and addresses caused a mix up between the two cases. Rodriguez’s case was closed and her daughter’s established. Benefits came to the household, but only enough for her daughter and a new granddaughter.

Rodriguez said worsening health hindered her ability to straighten things out. She had developed a heart condition by then and a few months later suffered a stroke.

She has been hospitalized nine times between last year and this report. Unable to keep the appointments for recertifying the food stamps and cash assistance for which she and her youngest son, now 15, were eligible, she lost both. Missed appointments mean closed cases.

Now she is waiting for a decision from a recent hearing with the New York State Office of Temporary and Disability Assistance, where she represented herself and handed in her hospital documents to be reviewed by an administrative law judge. Rodriquez is hoping to be seen as qualifying for Social Security income, as she has not been able to hold a job for more than a year.

"I’ve been through a lot," said Rodriguez. "I’m paranoid about going to the welfare office."

Stevens Stephens, the Legal Aid Society lawyer, said his group is pushing the state to be flexible in identifying participants as exempt or temporarily exempt from welfare work requirements so they may instead qualify for disability benefits under the Social Security Administration.

Stevens Stephens also said that people with disabilities such as Rodriguez face further hardships under a plan by the New York City Human Resources Administration to centralize job centers where applicants can meet with case workers.

Under the plan, only three of the 31 centers in New York City would service clients with disabilities; these centers are in the Bronx, Brooklyn and Manhattan. For disabled participants in other parts of the city, the plan would create new travel and scheduling hardships, which are being fought through pending litigation in New York State. In practical terms, that means a welfare applicant would need to spend up to two hours on public transportation and a minimum of $4.50 in fares to reach the center. In addition, many subways stations are not accessible to the physically handicapped, meaning many would have to rely on relatively slower and less frequent bus transport.

Lovely H. v. Eggleston, a federal class action lawsuit brought under the Americans with Disabilities Act, seeks to stop the city from discriminating against people with disabilities by transferring their cases to separate job center sites, without giving them an opportunity to decide to use those centers voluntarily. Presently, the Legal Aid Society is pushing the city to settle the case. The case has gone on for more than four years.

Anna Limontas-Salisbury is a writer in Brooklyn, N.Y. 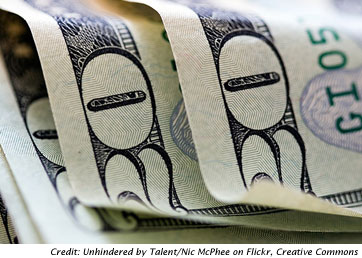