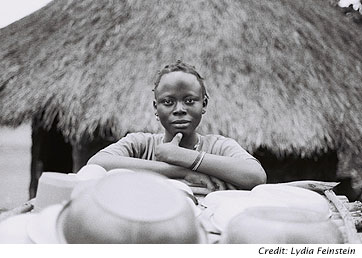 Women produce between 60 and 80 percent of the food in poorer countries.

(WOMENSENEWS)–The women who grow more than half the world’s agricultural produce have gained international recognition and aid since the start of the global food crisis in 2007.

Instead of being seen as a minor, vulnerable group, international aid agencies have begun keeping sex-specific data and reaching out to them as development partners, said Jeannette Gurung, director of the Washington-based Women Organizing for Change in Agriculture and Natural Resource Management.

The reason: high food prices three years ago strained food-aid suppliers, causing them to look for cheaper, more flexible sources. In a policy shift that was also aimed at helping local economies, they began turning to small farmers, who are predominantly women.

The pivotal moment came in 2007 when the Rome-based U.N. World Food Programme, the largest hunger-focused humanitarian organization, which feeds about 90 million people a year, switched from a model of importing food to buying locally grown whenever possible. In the process, it hoped to provide culturally-sensitive foods to the communities it assists.

That year, 80 percent of the food it bought came from 69 low-income countries, with major supplies from Uganda, Ethiopia and Pakistan.

Between March 2007 and March 2008, wheat prices more than doubled, corn jumped by more than 40 percent and rice by nearly 30 percent, according to USAID, the federal agency in charge of foreign aid. Cereal production rose in 2008 and brought those prices down, but they have never fallen back to 2007 levels.

Currently, a harsh drought in Russia has led to wildfires and a subsequent ban on the country’s wheat exports until the end of the year. This has caused the price of a bushel of wheat to climb towards 2008 prices. Since early July, wheat prices have almost doubled to $8.41 a barrel, though still below 2008 when a bushel of wheat reached $13, according to media accounts.

In the past, said Gurung, aid tended to support agribusiness and overlook agriculture in development assistance. But when food prices spiked in 2007 and 2008 development organizations began to take a new approach that brought small-scale female farmers more to the policy fore.

"They were putting the emphasis on the wrong actors and there’s been a shift to see small-scale farmers as the real farmers of the world," said Gurung in a recent phone interview. "And once they looked at small-scale farmers, they began to look at women."

Last March in two counties in northern Liberia, the World Food Programme, known as WFP, began purchasing rice from local communities for school nutrition programs, rather than importing food from abroad. That’s helped the female farmers who grow most of that rice.

"For the first time in the history of Liberia, the WFP is buying locally-grown rice exclusively for the school feeding program," Florence Chenoweth, Liberia’s agriculture minister and the first woman to hold that post on the entire African continent, said in a phone interview while she was in New York recently for a conference.

Women produce between 60 percent and 80 percent of the food in poorer countries and grow half of the world’s food overall, estimates the Rome-based Food and Agriculture Organization, a U.N. agency. Men, with more resources, are likely to engage in larger-scale commercial agriculture.

In sub-Saharan Africa, the number of female farmers varies from country to country, but small-scale farmers are predominantly women. Across the continent, high rates of male migration to cities from the countryside has created an even larger role for women in farming.

Against that backdrop, rural women around the world have faced serious disparities in land ownership, access to labor-saving technology, hired labor and technological resources such as fertilizer, improved seeds and insecticide, the Food and Agriculture Organization finds.

Liberia’s Chenoweth led the country’s agriculture ministry at the age of 32, in 1977, but fled after a violent coup in 1980 that led to two civil wars. She returned to the post in 2009.

She has long advocated for gender-specific data about agriculture to help narrow gender disparities.

The lack of it, she said, can blind policymakers to the needs of female farmers, who often–due to legal and cultural restrictions on owning the land they farm–don’t have the collateral required to borrow money to buy essentials, such as tools and fertilizers.

The Liberian government began gathering gender-specific farming data under the Ellen Johnson-Sirleaf administration, which took over in 2005, the first African government to be led by a woman.

As this information has been gathered and released, the Liberian agriculture ministry has used gender-specific data to guide its agriculture sector, which employs about 70 percent of the country.

The data, Chenoweth said, has given female farmers "a fighting chance to have their share. They do not get an equal share of the supplies and they do not have equal access to the means of production, especially credit."

The ministry’s efforts to support female farmers appear to be reaping benefits in the form of higher crop production.

Between 2008 and 2009, Liberia’s production of rice and cassava–which are grown almost exclusively by women–increased 43 percent.

Helping female farmers, Chenoweth said, is a good investment in the country’s future.

"Women are the largest producers but have been the most marginalized," she said. "We know that when we support women, more food and money goes into feeding children at home."

Rebecca Harshbarger is a journalist based in New York. She started a media company called Africa Connections that connects African immigrants with independent news from their homeland. The company’s pilot news site recently launched at www.ugandansabroad.org. You can follow Rebecca on twitter at www.twitter.com/rebeccaugust.

One response to “Status of Female Farmers Rises During Food Crisis” 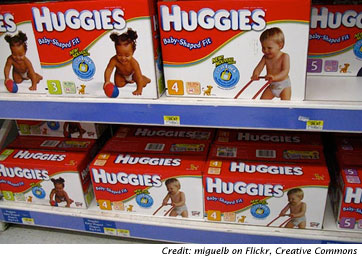