Prada countersued the plaintiff in a harassment lawsuit July 12, saying she was hurting the high-fashion Italian company’s brand. Rina Bovrisse says the lawsuit gives her another chance to speak up for Japanese women who keep too quiet.

TOKYO (WOMENSENEWS)–Prada countersued Japanese national Rina Bovrisse on July 12 at Tokyo District Court, accusing her of damaging the Italian high-fashion company’s brand name by charging it with sexual harassment, sexual discrimination and abuse of its employees.

The Milan, Italy-based Prada claims she spread false information in its lawsuit against Bovrisse.

Bovrisse responded to the lawsuit in a phone interview with Women’s eNews, saying, "I’m being sued for speaking out against Prada Japan at press conferences and to reporters, whose articles have appeared all over the world."

Bovrisse said women in Japan are often afraid to speak out about harassment in a way that harks back to the mood among U.S. women in the 1960s and 1970s, before they won major labor rights and harassment and discrimination verdicts.

"They were scared when one person started speaking out for their rights because they were not use to it," she said.

The 36-year-old divorced mother of a 3-year-old son added that, "Prada’s lawsuit is a good thing because it shows the company values its brand image more than the working rights of women."

Her lawyers have so far not made any comment on the countersuit.

Bovrisse sued the company on March 19, four days after they fired her.

Bovrisse, who has worked in the fashion business for 18 years, including a stint at the Paris-based Chanel, charged Prada’s CEO David Sesia of telling her to terminate 15 shop managers and assistant mangers for being "fat, old, ugly or not having the Prada look."

Prada has denied the allegations but declined to comment more specifically on the suit while it is being litigated. The case is expected to be in court for about a year.

As Prada Japan’s former senior manager, Bovrisse oversaw 500 employees in 40 shops in Japan and one shop each in Guam and Saipan.

Timothy Schepis, an American leading consultant for Japan’s fashion and luxury industry has been based in Tokyo since 2003. He said that Prada–if it did handle the firings in the way Bovrisse alleges–may have thought it could get away with it. He described harassment and discrimination as common in Japan’s luxury fashion industry, particularly among male senior managers.

"Women have come to me and said, ‘Tim, what can I do?’" Schepis said "’This is going on in my company.’ Most are afraid of being fired, of being named and their reputations ruined, so they keep quiet."

He believes these women come to him because he listens. They also see him as somewhat of an outsider, since he does not work in a company.

"In most companies in Japan, HR managers, etc., do not want to know or hear about it. After all, if you don’t know about it, you do not have to do anything about it," he said.

Schepis said if Bovrisse’s charges are accurate she has every right to spread the information, tell the press, lawyers and the blogsphere.

He predicts that by the end of the year there will be some changes at Prada. The people at the top levels in Japan could leave if Bovrisee’s lawsuit tarnishes the company’s image in that country.

However, he said Bovrisse’s lawsuit would not have a wide social impact unless she is awarded a sizeable amount of damages. Bovrisse says she is asking for approximately $500,000.

The Working Women’s Network is making sure of that. The advocacy group, based in Osaka, Japan, is spreading word of Bovrisse’s lawsuit and Prada’s countersuit in English through its newsletters and Web site.

Bovrisse has also won the support of another group, the Center for Working Women, a national group based in Tokyo. It has referred her to two more lawyers, including one who specializes in sexual harassment, raising the number of lawyers working on her case to four.

Two former Prada employees who joined her lawsuit won’t reveal their names or speak out. Their names are a matter of public record but the press has so far respected their wish for privacy.

"Because Japanese society in those areas where they live is small and more traditional than Tokyo, it is very difficult for them to live in this society or get a job unless they win the case," Bovrisse said. "In the U.S., when someone becomes a victim they speak out because it will solve the problem and not be repeated. But not here."

She described her country people as prone to obeying and listening.

"For example, if I gave training sessions from 10 a.m. to 7 p.m. at my previous jobs and I always asked, ‘Are there any questions?’ no one had questions because they scared to speak up." When she gave one-hour trainings in the United States or Europe, by contrast, she would receive at least 10 questions.

Catherine Makino is a freelance writer in Tokyo, Japan. She has written for the San Francisco Chronicle, the Japan Times, The Asian Wall Street Journal and the China Morning Post. 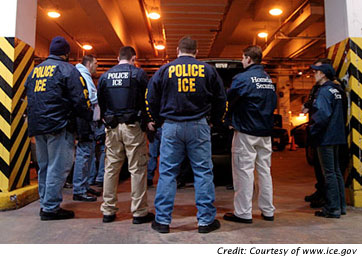