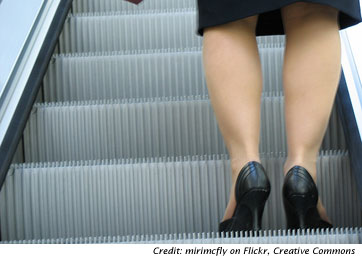 IT Jobs Offer Growth, But Women Are Bailing Out

Information technology is one of the fastest growing professions, yet women are leaving the field in huge numbers. One woman who is now on a job search said men in her company often expect her to play a secretarial role.

(WOMENSENEWS)–Janna Jones (not her real name) used to love her job in the information technology, or IT, industry when she was working in the Washington, D.C., area as a computer analyst. Her company worked on mostly large government contracts.

"The firm was diverse, there was lots of mentoring, I never felt any discrimination, I felt very supported, especially as a young woman," said Jones, who specialized in data mining. She used sophisticated software and wrote computer programs to search for patterns of fraud and abuse for government agencies, including the IRS and Medicare.

"I really thought this was going to be a career for me, because things were so positive," she said.

But a move to a company in the Midwest changed that.

"I don’t know if it was the company or the geography, but I could hear and feel the hostility," she said.

Jones said even if a woman had been a team leader on a project, when it came time to meet with a client, she would be relegated to a secretarial role.

"I could be giving a presentation and if people had questions they would look to the men in the room and never ask it directly of me," she said.

When she asked her boss how to deal with this sexism, she was advised to, "Play up my femininity. Make sure the men feel like they are smarter than you, then they will feel comfortable," said Jones.

But she knows her experience is not just related to location. "I have girlfriends in D.C., all over who have endured similar things."

Jones, who is 29, did not want her real name used because she is job hunting now.

"I’d love to stay in the industry," she said.

Technology jobs are predicted to grow at a faster rate than all other jobs in the professional sector, up to 22 percent over the next decade, according to the Bureau of Labor Statistics. Compensation is also good. In 2008, women in tech made an average salary of $70,370, according to Dice Holdings, an Urbandale, Iowa-based company that specializes in recruiting and career development in technology and engineering.

But women’s stake in that rosy outlook is questionable. For starters, men’s pay during the same time period was $80,357.

A study by the National Center for Women and Information Technology, based in Boulder, Colorado, also finds that women are leaving computer careers in staggering numbers.

"Fifty-six percent of women in technology companies leave their organizations at the mid-level point, 10-20 years in their careers," said Catherine Ashcraft, the senior research scientist who authored the report.

The report shows about half the women who leave science, engineering and tech jobs continue to use their technology skills, either starting their own companies or finding positions in government or nonprofits. The others, however, say goodbye to their extensive training, taking non-tech jobs or leaving the work force completely.

Ashcraft said women are discouraged and leave for a wide range of blatant and subtle reasons.

Women’s pay, after 15 years, is 11 percent less than men with comparable experience.

There are also subtle hostilities and "microinequities" that range from looks and gestures to backhanded compliments like: "Great job! You are living proof that women really do have technical minds!"

A diverse workplace isn’t just a matter of equal opportunity; it often means a better bottom line and a more positive working environment. The report indicated that companies with the highest representation of women in senior management teams had a 35 percent higher return on equity.

The National Center for Women and Information Technology works with Fortune 500 companies, from ATandT to Cisco to Google to Wal-Mart, to help create "an ecosystem of reform" to help recruit, retain and promote qualified women.

In order for this to succeed, however, the tone must be set at the top. Ashcraft says leaders of any diversity effort have to be high enough in the chain of command to have the power to make and enforce decisions. Only then will the other goals of recruiting, mentoring and removing biases and barriers make a difference.

"There are isolated practices here and there that are promising, but no one has it right yet," said Ashcraft. "Some companies have flex-time on the books, but the sticky part is there’s sometimes a stigma if you access it." The implication, she added, is that women are getting "special treatment" to deal with family responsibilities.

And some women will be sent off a "glass cliff," a metaphor for a nearly impossible work assignment that men in the company dodge around, leaving it to a woman to undertake and then face a high risk of failure.

"It’s not unique to technology," said Ashcraft. "If there’s pressure from above to diversify, to look like they are doing the right thing, they will promote people who are not ready or they won’t give them the power they need. So they will be promoted to high-risk projects so they can be a scapegoat."

Ashcraft says that simply reducing female attrition by one quarter would add 220,000 to the science, engineering and technology talent pool.

One positive step would be to expand and support mentoring. The report indicates that people with mentors receive more promotions and higher compensation, and also have higher job satisfaction.

The right woman or man as a mentor can mean women are less likely to have one foot out the door because of isolation or deliberate or unintentional roadblocks to promotions.

Smaller companies, nonprofits and entrepreneurs can be the benefactors of the lack of insight from large companies.

"The giants of the tech industry have lost high caliber employees and it’s the little organizations, like mine, who have really gained at their expense," said Sarah Schacht, founder of Knowledge As Power. Her Seattle-based company helps individuals track legislation and communicate with lawmakers. Schacht’s staff of 10 is expected to grow to 14 later this year.

"In building my organization I wanted the work experience to be dramatically different," said Schacht.

At age 30, Schacht has female employees and even interns older than herself who have defected from corporate jobs.

"It seems clear that they are looking for more meaning in their work. They’ve been at it for 10-15 years and are realizing, ‘It’s not going to get any better.’"

So she puts outcomes ahead of rules when dealing with her employees.

"As somebody whose grandparents have Alzheimer’s and who dealt with the death of my father in the last year, I realize ‘life happens.’ I don’t care where your work is getting done, I care that deadlines are met," Schacht said.

Marsha Walton covers science, technology, environment and space issues. She was a producer for CNN’s science and tech unit for more than 10 years. Her work has also appeared on Mother Nature Network, Appalachian Voices and the National Science Foundation.

The National Center for Women and Information Technology report:
http://www.ncwit.org/thefacts

One response to “IT Jobs Offer Growth, But Women Are Bailing Out” 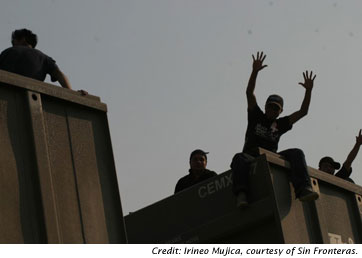 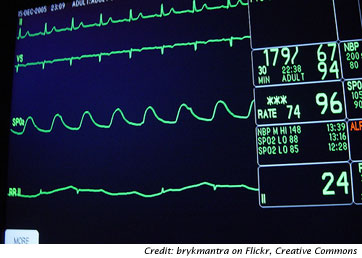