Seeing My Slave Roots: Thinking of the Mothers Before Me 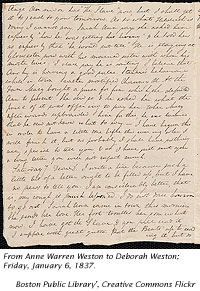 Staring at the computer screen, I could barely make out the letters. But I will never forget what I heard. "These are likely the slave owners of your second great grandfather."

The very nice researcher from Ancestry.com had warned me when we sat down that she may have found some slave connections, but I figured, of course you would.

Staring at the computer screen, I could barely make out the letters. But I will never forget what I heard. "These are likely the slave owners of your second great grandfather."

The very nice researcher from Ancestry.com had warned me when we sat down that she may have found some slave connections, but I figured, of course you would.

But staring at the Census report from 1900 and seeing the nearly illegible names felt a lot different than I expected. My mind was numb but my body had goose bumps.

Back then the Census was purely door to door. There was a large white family with sizable land listed as next door to my ancestors. And then I saw it, Phillip Billy, born in 1861 and his wife, Hagar, born in 1865. My second great grandparents on my mother’s side.

And since there were no integrated neighborhoods back then, the fact that they are listed on the same street probably means that the family listed above Phillip and Hagar were likely their slaveowners–as it was gently explained to me. I stared hard at the handwriting but didn’t bother to try to figure out the name. It started with an M.

The discovery was part of a mommy blogger day I attended recently hosted by Ancestry.com. A truly great experience in beautiful Salt Lake City! But as the only African American at the event, I couldn’t help but notice my experience was very different from everyone else. There were plenty of stories from the staff of finding long lost ancestors in ship records, Ellis Island records, and in other countries. People were finding third and fourth great grandparents and other amazing ancestral connections. My discovery was a lot more sobering.

And the truth is, African Americans just can’t trace their roots so easily. There are no records for our existence because we were not considered human beings.

If you really want to dig, the researcher also said, sometimes you can find slaves listed in the wills of landowners, often bequeathed behind cattle and other beasts of burden, she said. And because slaves could be killed for learning to read or write we were unable to document our own existence.

There was so much that I couldn’t find, but was hoping to discover. I hoped to return with great stories to tell my children. That really didn’t happen.

I wondered what it was like for those mothers whose babies died too soon and whose children were forced to work instead of learn. I thought about the "broken relationships" that researchers now believe contribute to poor birth outcomes today among Black women and whether these are a lingering legacy of slavery.

A report by the Joint Center Health Policy Institute called "The Courage To Love," contends that the problems of infant mortality and poor maternal nutrition are, in essence, problems of broken relationships at many levels. These broken relationships range from broken families, lack of support for breastfeeding, the decline in family meals, and the marketing of junk foods to children.

"These broken relationships create lifelong conditions of high stress and low support, which in turn pattern physiological, psychological, and behavioral responses that put the mother at risk for poor, nutrition during pregnancy, and her baby at risk for fetal and infant death. African American families are disproportionately affected by these broken relationships, which contribute to disparities in maternal nutrition and infant mortality," the report says.

In the end the report recommends that "any efforts to reduce maternal and infant mortality and morbidity must focus on the repair and support of relationships at all levels and across the life course."

The black mothers before us didn’t have such insight. There was no research into their unique experience or examination of why their babies were dying. Generations later, Black mothers are still fighting for healthy babies. We now have a better understanding of why. Let’s hope this insight leads to real action.

Michael and Mama’s Milk: A Lesson in Breastfeeding

Single and Pregnant: Telling My Story