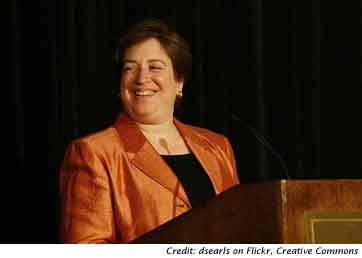 Two women are once again making the radar in Supreme Court nomination season. Here’s a look at Judge Diane P. Wood and Solicitor General Elena Kagan and their records–long and short–on the hot-button issue of abortion rights.

(WOMENSNEWS)–Several hours after Supreme Court Justice John Paul Stevens announced on April 9 his plan to retire this summer, Americans United for Life, an anti-choice advocacy group, targeted one possible candidate, Judge Diane P. Wood of the federal 7th Circuit Court of Appeals in Chicago, as someone who "would return the abortion wars to the Supreme Court" because of her pro-choice decisions.

Both women were also mentioned in connection with the Supreme Court vacancy a year ago. Here are their brief biographies and views on abortion.

Judge Diane P. Wood has served on the federal 7th Circuit Court of Appeals in Chicago for the past 15 years and has written over 400 opinions during her tenure there. She is a former clerk to Justice Harry A. Blackmun, who authored the 1973 Roe decision mandating that abortion be legal.

When President Bill Clinton nominated Wood, she was deputy assistant general in the anti-trust division of the U.S. Department of Justice. She faced no questions about abortion during her confirmation hearings before the Judiciary Committee and was unanimously confirmed by the Senate.

So far, no reproductive rights organization has spoken in favor of nominating any candidate reported to be on Obama’s list. But these groups can be assumed to look favorably on Wood for taking pro-choice positions in several cases in the 7th circuit.

On legislation approved for Illinois and Wisconsin, she wrote a dissent against "partial birth" abortions, a term with no clinical meaning that is presumed to serve to widen–by its vagueness–the applicable time limitations of laws that already outlaw late-term abortions. The Supreme Court later approved the bans and accepted the politicized terminology.

Her most controversial ruling said that abortion providers could be awarded damages from anti-choice protestors under the "RICO" anti-racketeering statues, a decision that was reversed by the Supreme Court.

Like Justice Sonia Sotomayor, who issued a similar ruling as a federal judge in New York, Wood ruled in favor of a female immigrant who opposed being sent back to China because of China’s policies on forced abortion and birth control.

Wood’s name began circulating as a candidate for the "woman’s seat" on the Supreme Court in early 2009 when the press reported that Justice Ruth Bader Ginsburg might resign because she was being treated for pancreatic cancer. Obama interviewed Wood for David Souter’s position when the pro-choice Republican retired last summer, but ultimately tapped Sotomayor, the first Hispanic judge.

Like Stevens, Wood, 59, would bring geographic and educational diversity to the court. A native of Chicago, Stevens received his undergraduate degree at the University of Chicago and his law degree at Northwestern University in Chicago.

Wood would replace Stevens as the only non-Ivy Leaguer on the court. A New Jersey native, Wood moved to Texas with her family at age 16 and received her bachelor’s and law degrees at the University of Texas. Like Obama, Wood has taught at the University of Chicago Law School. For many years, Wood was the only woman on the faculty. In addition to teaching anti-trust, federal civil procedures and international trade and business, Wood served as associate dean for three years.

Stevens is currently the only Protestant on the court, which otherwise is composed of six Catholics and two Jews. Wood has not stated her religious preference. Stevens’ retirement raises the prospect that–for the first time in U.S. history–the court will not have a Protestant judge, although Protestants are the largest denomination and have supported pro-choice positions in numerous cases.

Wood is married to a neurologist at Northwestern University Medical School and has three adult children and three stepchildren.

Elena Kagan, who was named solicitor general in March 2009, is the first woman in the job, sometimes known as the 10th Supreme Court justice.

The solicitor general defends laws passed by Congress, regulations enacted by agencies and actions by the president that come before the court.

A scholar of administrative law, Kagan was the first woman to be appointed dean of the Harvard Law School in 2003. During her six-year tenure, she modernized the curriculum, promoted public service law and expanded the faculty to include several leading conservatives, to the delight of the Federalist Society and other conservative legal groups that consider the school "too liberal."

However, the anti-choice women’s group Susan B. Anthony List opposed her nomination because of her lack of judicial experience, since Kagan had never argued a case in any court. But the group acknowledged that Kagan was "well credentialed" because she was dean of Harvard Law School, her alma mater, at the time.

Right to life groups also opposed Kagan because of statements she had made earlier in her career. She had criticized Rust v. Sullivan, a 1991 U.S. Supreme Court decision upholding a ruling that prohibited recipients of Title X funds from counseling and referring women for abortion.

As a clerk to Supreme Court Justice Thurgood Marshall, she authored a memo suggesting that faith-based groups that operate pregnancy centers should not play a role in counseling pregnant teens because they would be unable to do so without injecting their views.

Obama also interviewed Kagan for Souter’s seat. Like Sotomayor who won the position, 49-year-old Kagan grew up in New York City, attended local schools and received her bachelor’s degree from Princeton. Kagan, who is single, would be the third Jew on the court if confirmed.

Kagan was confirmed by the Senate for solicitor general by a 61-to-31 vote, one vote over the number needed to avoid a filibuster. Kagan may get more Senate support this time. Orrin Hatch of Utah, the most senior Republican, said last week that Kagan was "brilliant." Sen. Lindsey Graham of South Carolina, one of only seven Senate Republicans to vote for Sotomayor and the only GOP member of the Judiciary Committee to do so, praised Kagan’s work as solicitor general. 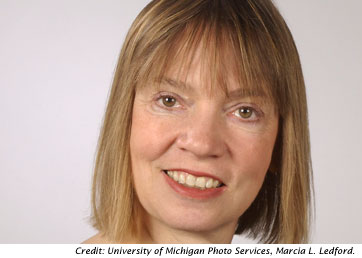 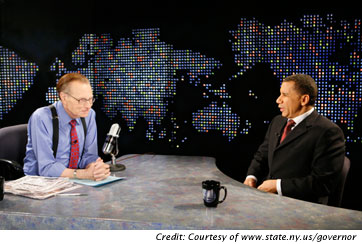