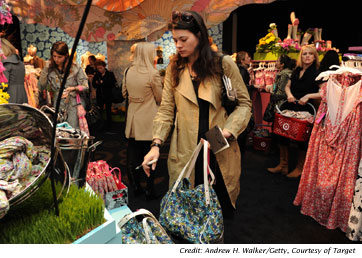 Women’s clothing retailers are making bearish, long-term bets on the longevity of frugal shoppers in a cash-strapped, uncertain economy. “The overbuying mentality is gone,” says the president of retail consultancy.

Retailers are crafting marketing and merchandising campaigns around the new normal, making a bid for female shoppers still shell-shocked by the biggest economic downturn since The Great Depression.

From launching new budget versions of designer collections for spring to expanding their discount outlet stores, retailers have taken note that a return to pre-recession spending levels is unlikely, sources say.

Women will remain cautious about spending this year, says a recent ShopperScape survey by Retail Forward, a retail consultancy based in Columbus, Ohio. More than half will limit their purchases to replacing worn out items. Women also plan to "trade down" the clothing, accessories and shoes they’ll purchase, opting for less-expensive brands, the survey says. The results are based on women of all ages and income groups who identify themselves as the primary household shopper.

"Until shoppers recognize job and income gains, the recession is not necessarily over for them," said Kelly Tackett, senior apparel analyst for Retail Forward.

"The overbuying mentality we think is gone," said Craig Johnson, president of the retail consultancy and market research firm Customer Growth Partners, based in New Canaan, Conn. "The consumer is much smarter and savvier, much more judicious and more circumspect. They will go for value retailers and retailers that are offering exclusive value."

Retailers are highlighting wardrobe replacement items–as opposed to complete outfits–in their advertising messages and working with suppliers to cook up lower-priced lines.

It’s not new for upscale designers to create mass market versions of their apparel (think Target), but that trend has heated up this spring.

Macy’s, a retailer with headquarters in Cincinnati, just rolled out an exclusive Ellen Tracy line, marking the first time the "aspirational" fashion brand will offer clothing at affordable prices–retailing from $30 to $150 versus $70 to $1,500.

At the same time, Target launched its Liberty for London collection, a lower-priced version of the upscale, British fashion and home line known for its bold floral prints.

"As the economy has gone south, we’re more mindful to highlight the price component as consumers watch their budget," said Joshua Thomas, a Target spokesperson, who attended a recent press event at the temporary pop-up store the retailer erected in Manhattan to launch the line.

Prices for Liberty of London–which ties in with Target’s "fashionably, frugal, just like you," marketing jingle–range from about $4 for a girl’s headband set to $200 for a bicycle.

Conscious that many shoppers are unwilling to shell out money for an entire outfit, much less a wardrobe, retailers are highlighting items at recession-friendly prices. They are also taking the opportunity to play the role of the fashion authority.

Building on what Retail Forward’s Tackett calls "the recessionista phenomenon," Kohl’s, the department chain headquartered in Menomonee Falls, Wisc., has partnered with Entertainment Tonight. In a video feature dubbed, "Get This Celebrity Look for Less,"

Retailers, such as Banana Republic, are sending e-mail blasts focusing on specific items, like a wrap dress, and ways to get multiple looks from a few key pieces.

On Target.com, shoppers are invited to browse "frugalista finds."

Luxury retailers are also waking up to the new frugality.

Saks, the tony department chain based in New York, is working with designers to come up with less pricey lines. Zac Posen, the designer wunderkind known for his luxury eveningwear and red-carpet looks, launched Z Spoke, a lower-priced sportswear line, exclusively at Saks Fifth Avenue for spring.

"One of the adages about the upscale department stores was, ‘if you need to ask, you can’t afford it.’ That’s no longer the case," she said.

Luxury department stores are also investing in their discount-outlet businesses.

It comes as little surprise: Outlet stores have been one of the few star performers in the retail sector. While other shopping venues are contracting, outlet malls are on the upswing: 345 outlet projects are planned by 2011, according to the November 2009 Retail Forward report.

And in the case of luxury store outlets, these are not filled with cast-off goods from the parent chain. Much of the merchandise will be made expressly for them.

"A lot of people have been very successful in the outlet business," Gould said, listing retailers from Nordstrom to Ralph Lauren and Coach. "We just think it’s a big opportunity."

Barbara Thau is a freelance journalist based in New York City. 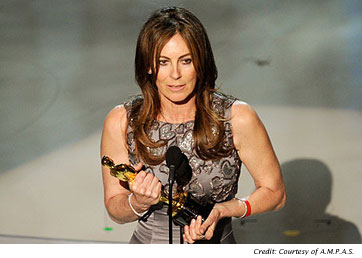 We’d Be Fools Not to Reminisce about Oscar Night