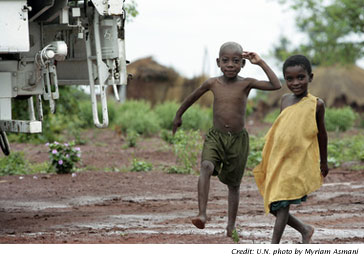 Exclusive breastfeeding can decrease the risk of two of the deadliest war-related health threats children face, a recent study shows. Breastfeeding’s greatest impact on declining wartime deaths has been in sub-Saharan Africa, though more work is needed.

(WOMENSENEWS)–The rise of breastfeeding in countries at war has contributed to a marked decline in infant mortality during armed conflict, a recent report says.

Children younger than 5 are twice as likely to die in war than adults, mostly from disease, the "The Shrinking Costs of War" indicates. The report, released mid-January by Simon Fraser University in Vancouver, Canada, also says infants up to 6 months old who are exclusively breastfed are seven times less likely to die from diarrhea and five times less likely from pneumonia than infants not breastfed.

"Breastfeeding strengthens the immune systems of infants, reducing the risk that they will die from two of the deadliest threats to children in wartime–diarrheal diseases and acute respiratory infections," the report says.

Breastfeeding can also help mothers survive war’s diseases and trauma. According to a University of Pittsburgh study released last April, the longer a woman breastfeeds, the less likely she is to have a heart attack, stroke or cardiovascular disease; breastfeeding for more than a year reduces these risks by 10 percent.

Campaigns promoting breastfeeding by the World Health Organization, WHO, and the U.N. Children’s Fund, UNICEF, which work with governments in around 150 countries, have contributed to a stunning 60-year decline in war deaths worldwide. In 1950, the average conflict killed 33,000 people, while in 2007 fewer than 1,000 people died per war, the study says.

"Over the past three decades, the dramatic increase in immunization coverage and non-medical interventions, such as the campaigns to increase breastfeeding, have provided enduring protection for hundreds of thousands of children in wartime who would likely otherwise have succumbed to disease," the report says. "So, any reductions in child mortality in conflict zones will clearly have a considerable impact on the overall excess death toll."

Other factors that have contributed to the decline of war deaths include improved humanitarian assistance, better health systems in developing countries and the localization of post-Cold War conflicts. Actual combat only occurs on 12 percent of the territories of nations at war in sub-Saharan Africa, for instance, the new study says.

The greatest impact breastfeeding has had on declining wartime deaths overall is in sub-Saharan Africa, where "exclusive breastfeeding rates more than doubled between 1990 and 2004–from 15 to 32 percent, in part as a consequence of international and national advocacy campaigns," the study says.

Exclusive breastfeeding in the first six months significantly increases the health of an infant because water and food in many developing countries can cause infection and disease, said Dr. Nune Mangasaryan, the senior advisor for infant and young child nutrition at UNICEF in New York.

"We have evidence that those babies who are given breast milk within the first hour are at much less risk of dying," Mangasaryan said.

The overall strategy of their campaigns is to make sure mothers have enough information about the benefits of exclusive breastfeeding for six months, Mangasaryan said. National and local media are used to raise awareness and hospitals, health care providers and community leaders are trained, she said.

The U.N. agencies also work to get breastfeeding included as part of national government health policy.

In peaceful countries such as Gambia, the campaign is run by the National Nutrition Agency, a Gambian government agency, in collaboration with UNICEF. In Gambia, 52.5 percent of children under 4 months are exclusively breastfed and 40.8 percent under 6 months, according to WHO.

Once war breaks out in a region it can be challenging, as the success of the program often depends on leaders who have been trained in the communities and on humanitarian aid nongovernmental organizations that also bring the breastfeeding message into conflict zones.

In the Democratic Republic of Congo, war has raged for more than a decade and killed hundreds of thousands of people, 90 percent from disease. About half of those who died were children under age 5, according to the International Rescue Committee.

The latest WHO statistics say that while 94 percent of Congolese infants received at least some breast milk, only 24 percent have been exclusively breastfed in the first four months and only 19 percent in the first six months.

In Liberia, a country torn by war in the 1990s, UNICEF estimates only 35 percent of mothers exclusively breastfeed their children.

Another problem in conflict zones has been combating myths about the ills of breastfeeding that are widespread in areas below the Sahara.

"Some cultures have for many, many centuries believed that babies also must be given some additional drinks, like water, especially in hot climates," Mangasaryan said. "In Central Africa they believe that food must be given before breast milk."

"When we design our campaigns it is based on careful assessment of the knowledge, attitudes and beliefs of communities to make sure we target our messages in the right way," said Mangasaryan.

Joe Lauria has been a correspondent at the United Nations in New York City for the past 20 years. 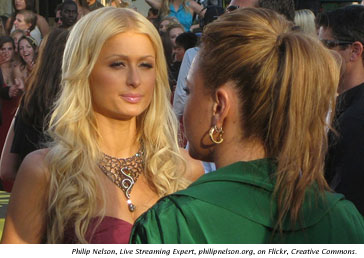 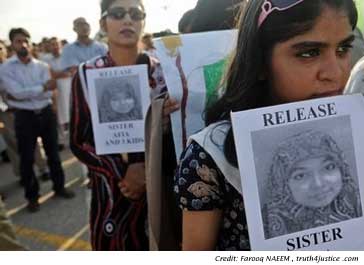